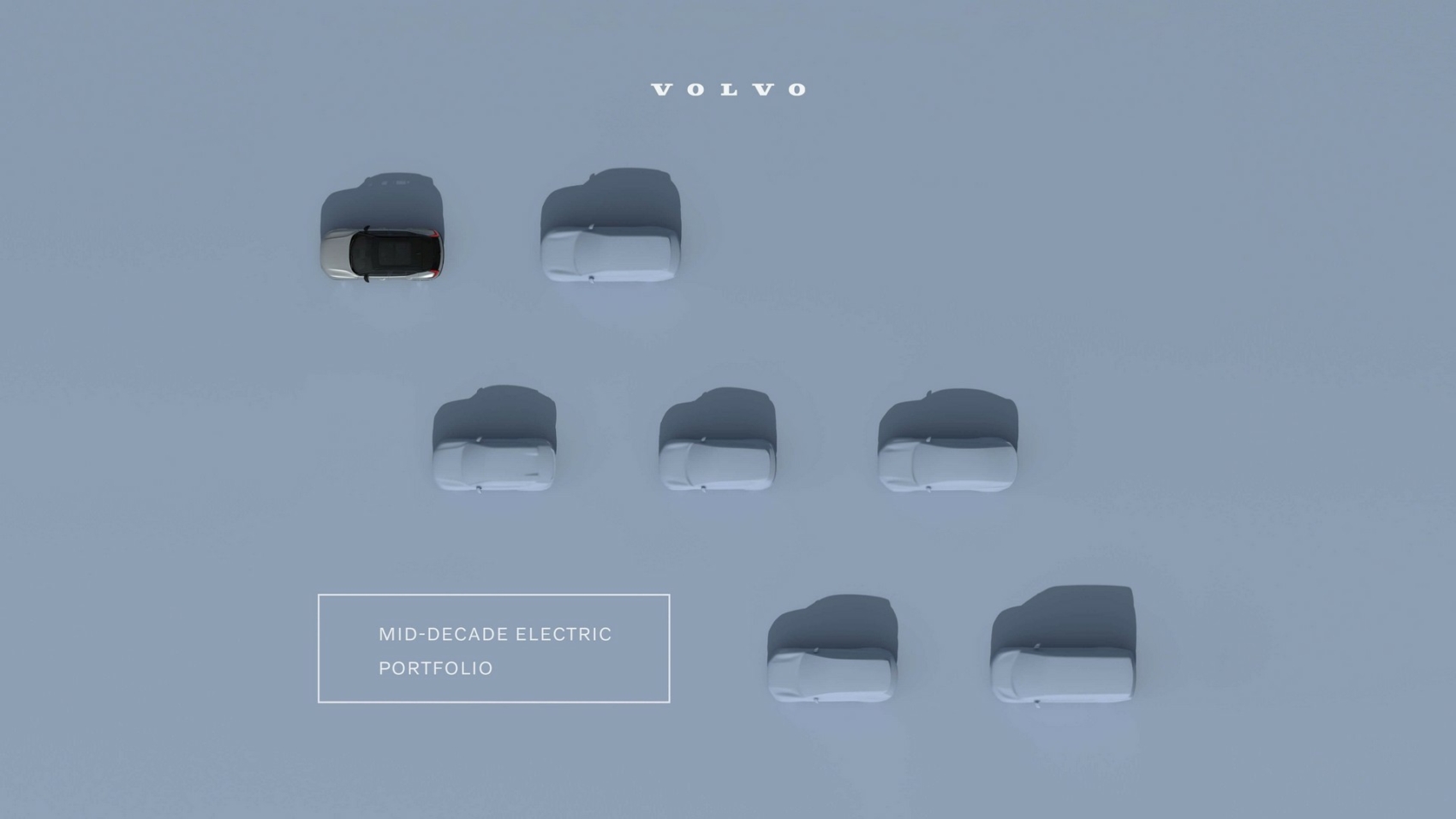 Last December, Volvo CEO Hakan Samuelsson revealed in an interview with Automotive News Europe about his ambitious plan to sell only electric vehicles by the end of the decade. Today, the Geely-owned brand is formalizing the statement made by the man in charge a few months ago, promising to become a purely electric brand by 2030.

To get there, a bevy of EVs are going to be launched in the next years, kicking off with the C40 crossover-coupe due to be unveiled later today. A more stylish derivative of the XC40 Recharge, the second electric vehicle from Volvo will be followed by five additional zero-emissions models by 2025. A teaser image provides an aerial view of the newcomers, but without any details regarding their identities.

There have been reports in the past about the next-generation XC90 midsize luxury SUV spawning an EV version, so it might be one of the new models teased here. In addition, people familiar with Volvo’s agenda are claiming a bigger XC100 is in the works and it too could forgo the combustion engine. A couple of smaller electric cars seem to be teased here, presumably for the 60 Series of models.

According to the firm’s Chief Technology Officer, Henrik Green, “there is no long-term future for cars with an internal combustion engine. We are firmly committed to becoming an electric-only car maker and the transition should happen by 2030.”

Interestingly, Volvo says all of its future EV offerings are going to be sold exclusively online as the company aims to increase its focus on online sales going forward. 2030 is seen as the cut-off date for the ICE entirely, meaning hybrid powertrains will also become a thing of the past within the next nine years.

As a refresher, Jaguar is fast-tracking the transition to EVs by announcing plans to abandon cars with combustion engines as early as 2025.