If you’ve ever wondered what the Volvo XC40 Recharge would look with a more coupe-like roofline, the new C40 answers that question. Sacrificing some of the rear headroom for a bit more style, the second EV from the Swedish brand aims to capitalize on the rising popularity of crossover-coupe while taking the combustion engine out of the equation.

Sold exclusively online as all electric Volvos from now on, the new C40 carries over the hardware arrangement from the conventionally styled XC40 Recharge. It will have the same all-wheel-drive layout provided by one electric motor mounted at the front and another at the rear, good for 402 horsepower and a near-instant torque of 660 Nm (487 lb-ft). 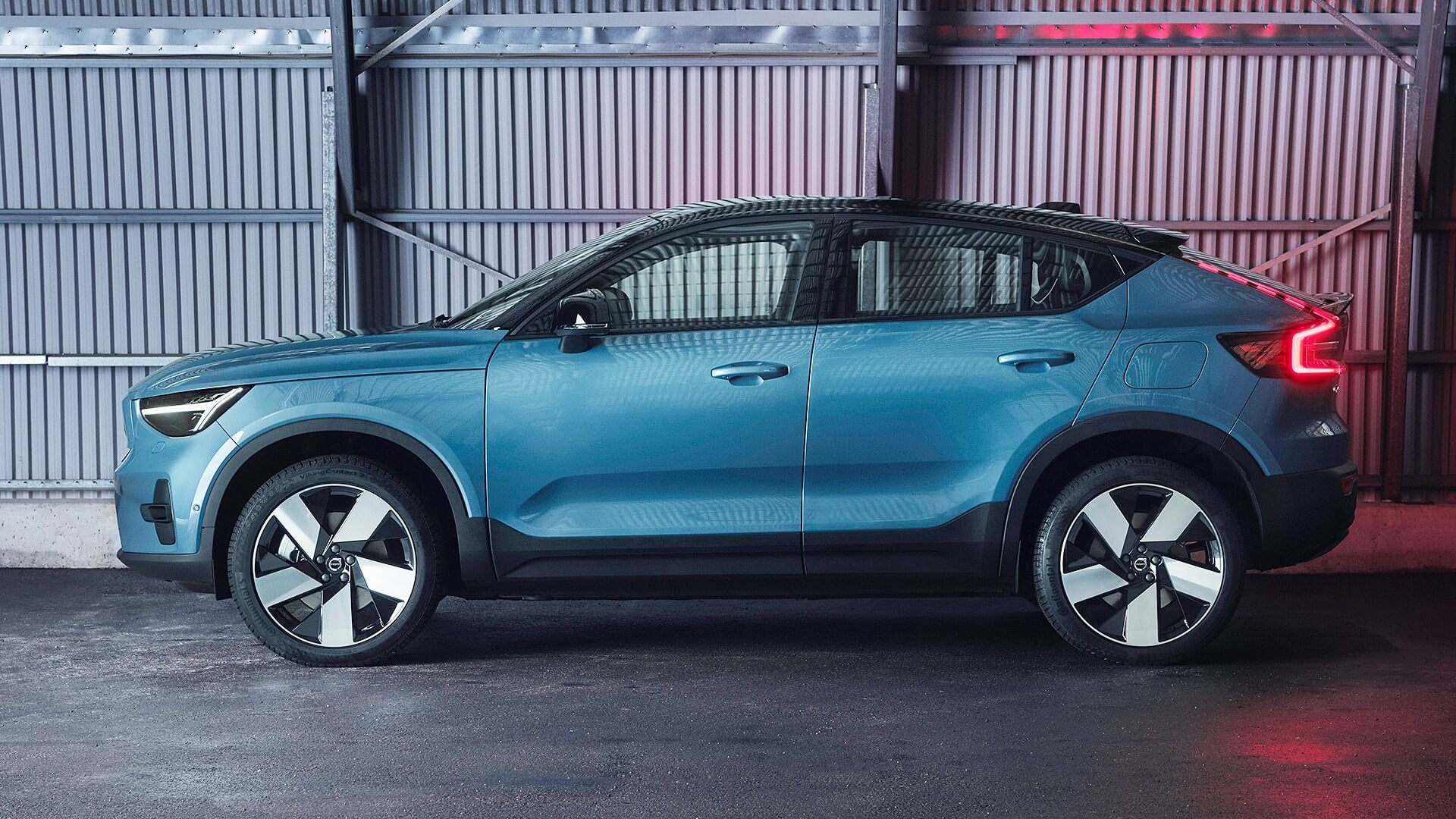 Having largely the same weight, size, and an identical powertrain, the C40’s performance chops perfectly match those of the XC40 Recharge. In other words, the 0 to 60 mph run is completed in 4.7 seconds and the electric crossover-coupe will reach an electronically governed 112 mph (180 km/h). As a refresher, all new Volvos have a top speed limiter programmed to kick in at that velocity.

Volvo cites an estimated WLTP range of 420 kilometers for the European model and an EPA-rated 210 miles for the North America version. After the battery is depleted, it takes 40 minutes to fast-charge at 150 kW from zero to 80% through a DC connection. 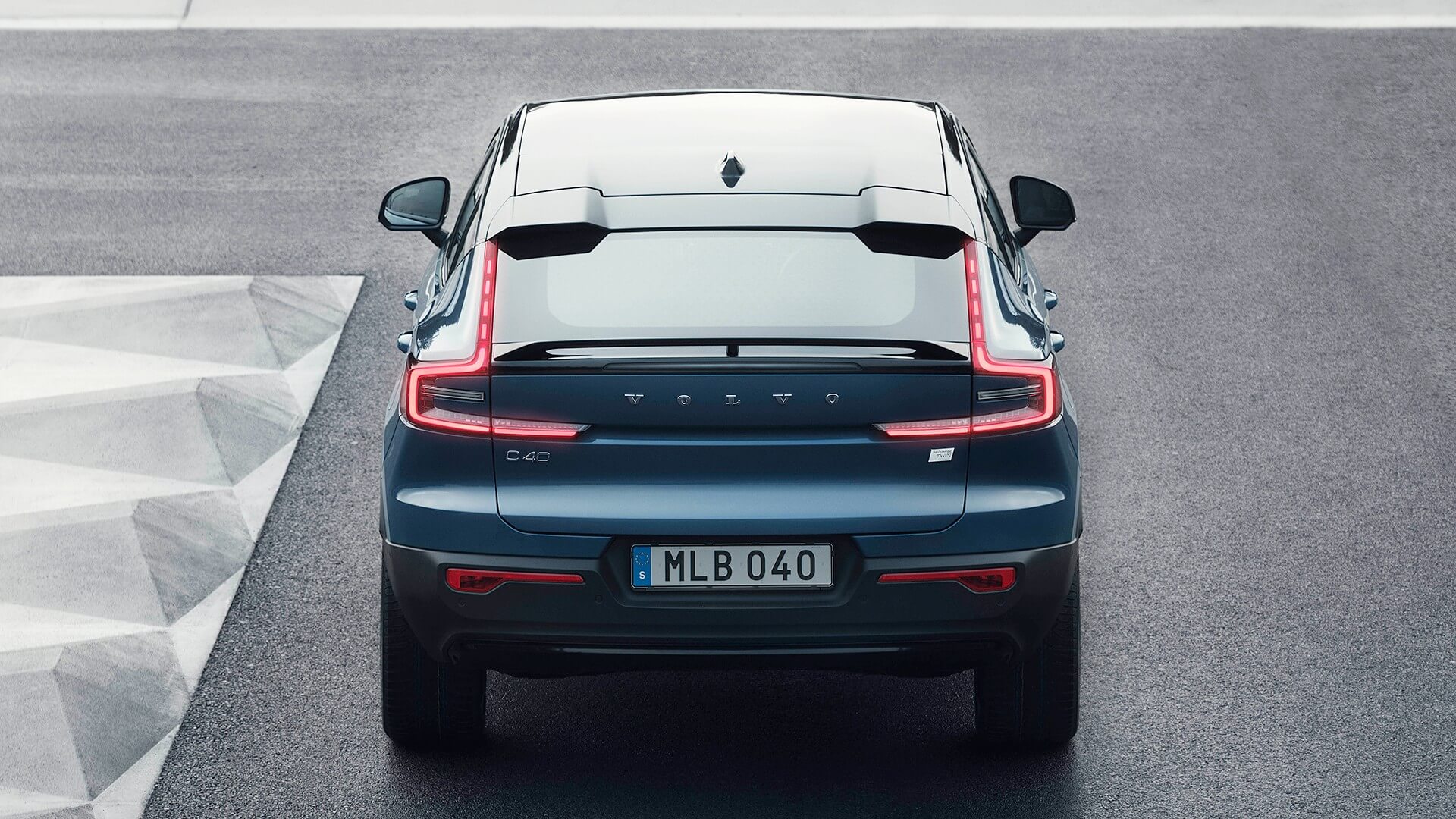 You’ll be happy to hear the cargo capacity hasn’t suffered following the repositioned roofline as the C40 Recharge has virtually the same storage volume as the XC40 Recharge, at 413 liters or just one liter less than the vehicle it’s based on. Needless to say, the frunk’s capacity hasn’t changed, at 31 liters.

Volvo points out that while the XC40 Recharge is sold alongside conventionally powered versions of the crossover, the new C40 Recharge won’t be available with combustion engines. In addition, it’s the first model from the brand in the modern era that doesn’t come with leather whatsoever. 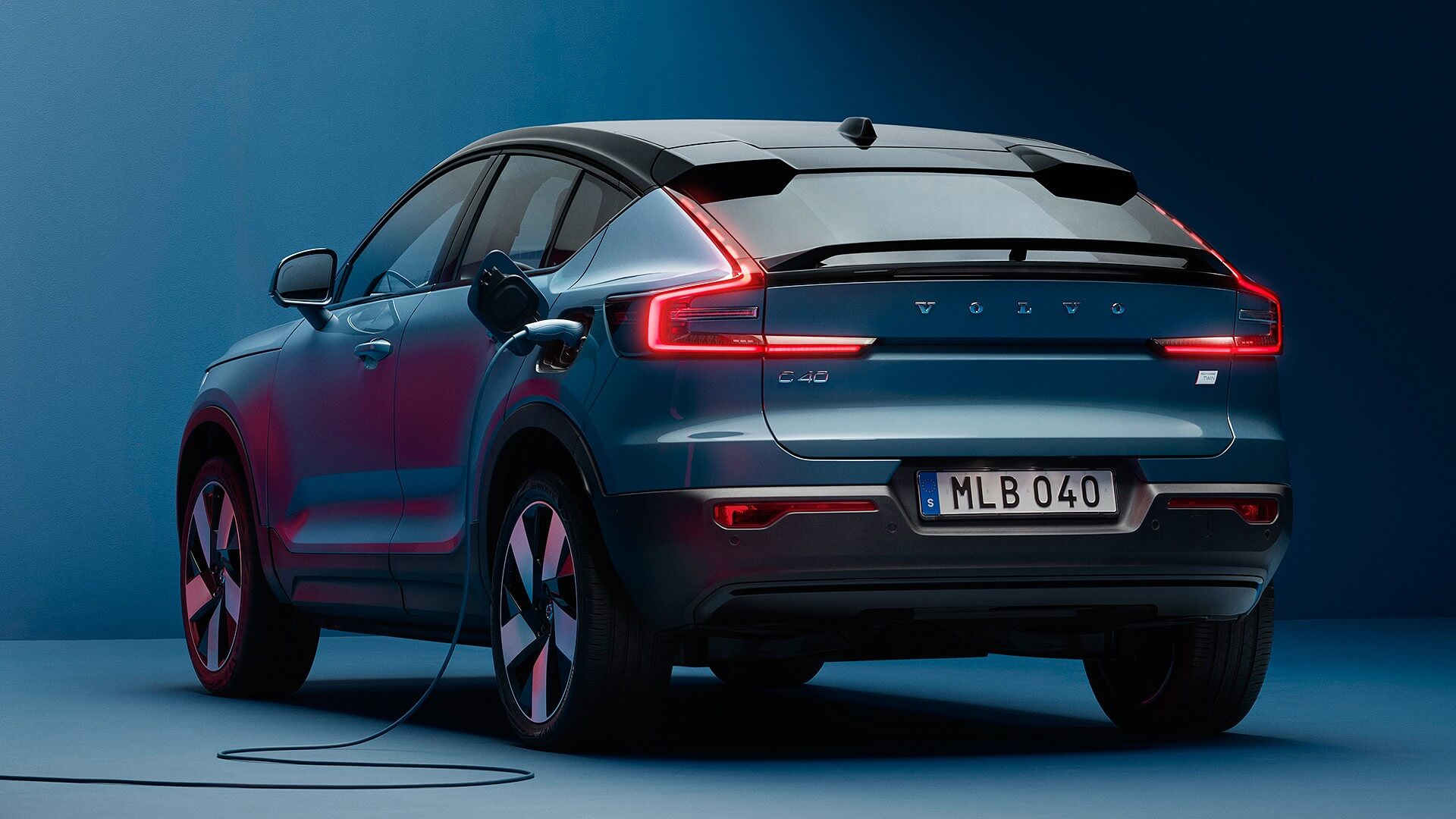 The Geely-owned brand will roll out over-the-air updates following the vehicle’s launch, bringing improved range as was the case with the XC40 Recharge’s OTA earlier this week. Meanwhile, the C40 Recharge will go on sale later in 2021, with production starting this fall.

Five additional EVs will be launched by Volvo between now and 2025, with the ultimate goal being to offer a purely electric lineup by 2030.