Lexus has generated up quite the hype around its new electric concept, which it says symbolizes the next generation of its models. It will serve as a preview for a fresh design language and at the same time, it will provide a taste of things to come regarding electrification. Ahead of its March 30 world premiere, the EV concept is showing off some of its secrets in a teaser video focusing on the interior.

By the looks of it, we’re dealing with a four-seat cabin with ample rear legroom and individual rear seats separated by a fairly large center console. But it’s the steering wheel that attracts most of the attention as it has a yoke-like design in the same vein as the latest Tesla Model S. Bear in mind this is only a concept, so unlike the Model S, it’s unlikely it will make it to production.

Expect the new showcar to be a high-riding sedan with a fastback-esque roofline and the most technologically advanced electric powertrain developed by Toyota and Lexus. The heart and soul of the concept is a newly developed Direct4 drivetrain engineered not just for purely electric vehicles, but also for plug-in hybrids.

See also  Lexus GS to come back as hydrogen sedan based on Toyota Mirai?

It will be applied to production cars in the following years, with the EVs set to feature front and rear electric motors for each axle to enable an all-wheel-drive layout. As for the PHEVs, these will combine an electric motor powering the rear axle with a combustion engine driving the front wheel, so these hybrids will have AWD as well. 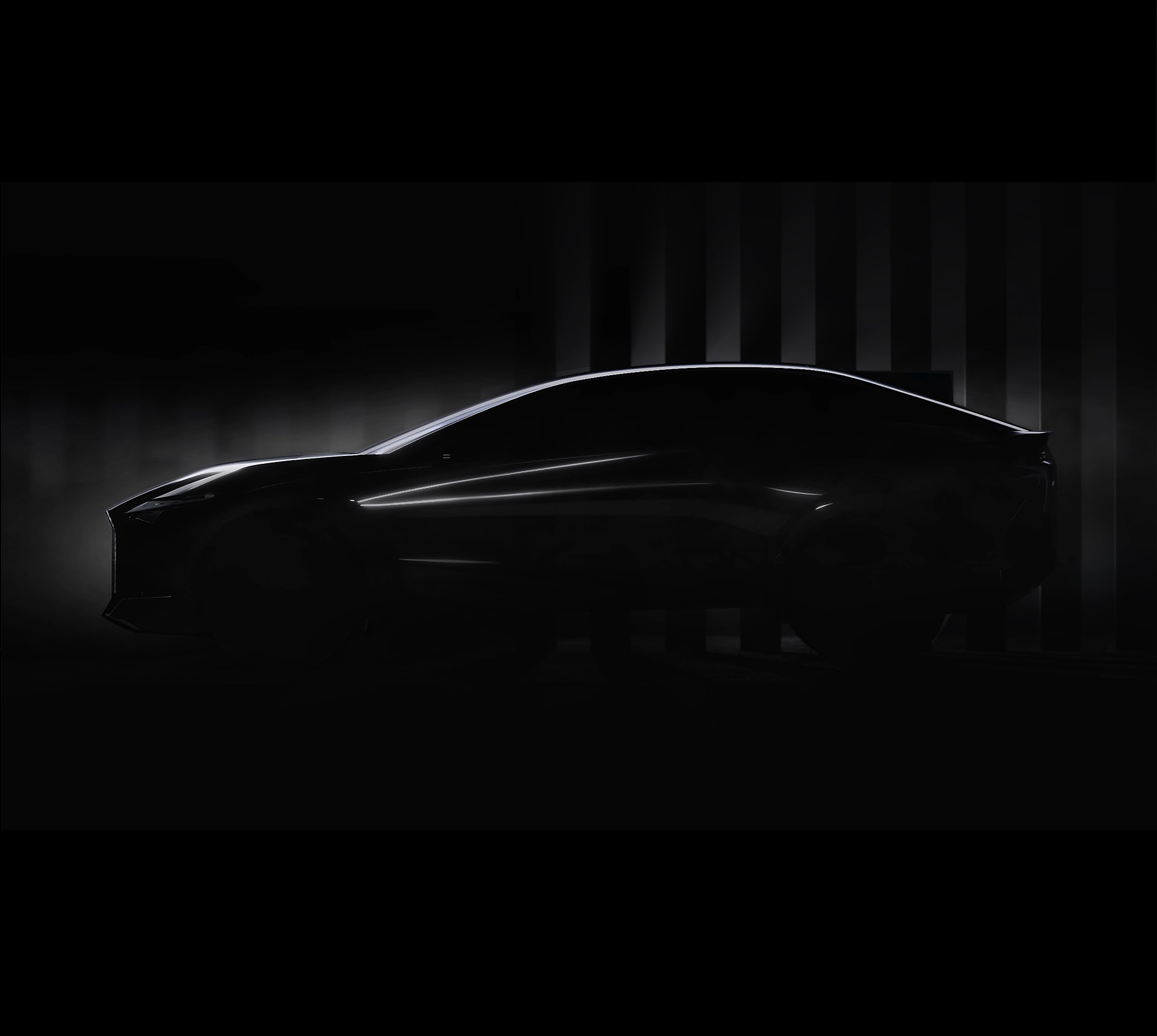 New electric cars from Lexus have been a long time coming taking into account the UX 300e is the only model from Toyota’s premium brand to eschew the combustion engine. Much like its parent company, the Japanese luxury marque has mostly focused on hybrids in recent years, but it’s finally getting ready to jump on the EV bandwagon.

Production EVs from Lexus are expected to ride on Toyota’s forthcoming e-TNGA platform, and we’re hoping to learn more next week when the concept will be unveiled in full. Both Japanese brands have fallen behind in the electric car race, but they’re now determined to catch up and apply their hybrid know-how to upcoming zero-emissions vehicles.

Previous articleVolkswagen ID Buzz confirmed with commercial and passenger versions
Next articleGenesis electric concept teased on video, seems to be a coupe