Even though it’s only mid-April, it has already been quite a busy year for Mercedes as far as extending its portfolio of all-electric vehicles. After introducing the EQA at the beginning of 2021 and the EQS a few days ago, the third zero-emissions model to break cover is here. Meet the first-ever EQB, essentially an EV adaptation of the GLB compact crossover offered since 2019 with gasoline and diesel engines.

Its purely electric cousin has largely retained the design, but you will notice the conventional front grille has been replaced by a glossy plastic panel reserved for EQ models that obviously don’t need to cool a combustion engine. A horizontal fiber optic strip of light provides a visual connection between the daytime running lights of the standard full-LED headlights. Another major difference is at the back where the EQB has gained a full-width LED light bar to mirror the aforementioned EQA. 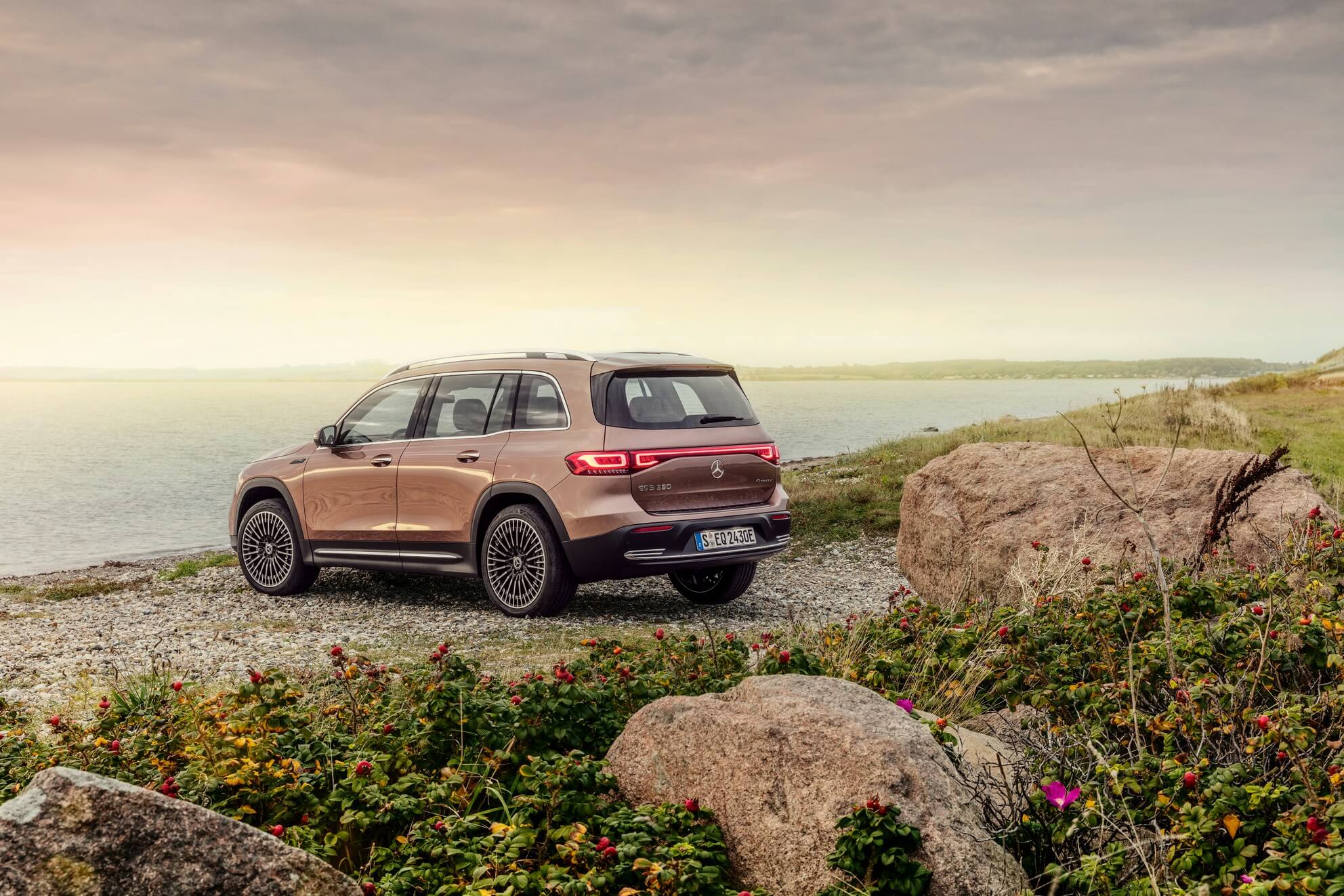 To further separate the electric version from its internal combustion counterpart, Mercedes has developed new alloy wheels specifically for the EQB. These come with two- and tri-tone finishes and can be as large as 20 inches. Some of them have a blue decorate trim while others a more elegant rose gold look.

Despite its boxy shape, the electric crossover has a drag coefficient of only 0.28 thanks to those wheels we mentioned earlier, as well as the completely closed cooling air system in the upper section. The underbody is largely enclosed to optimize airflow, while the front and rear aprons have been tweaked to make the body smoother. 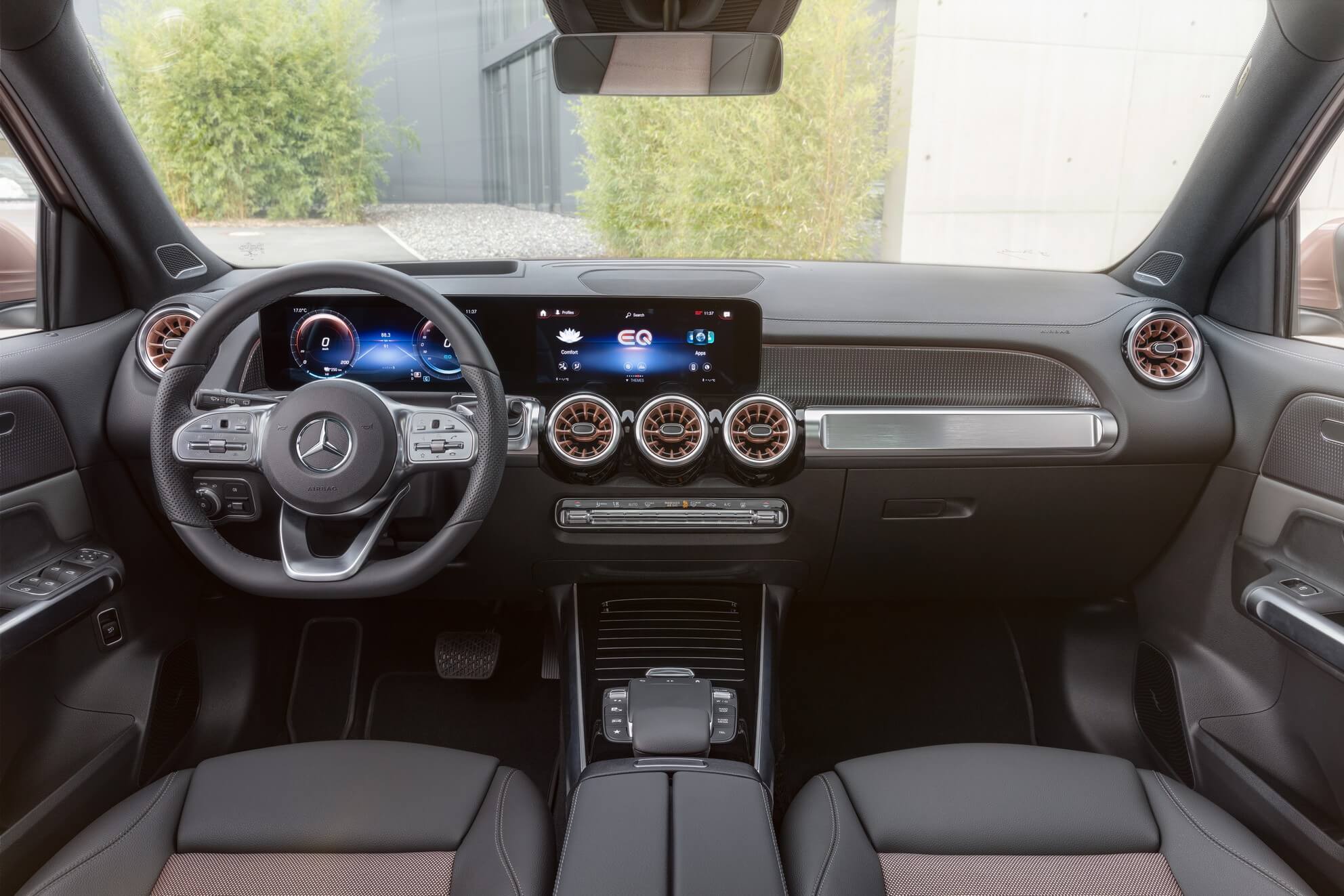 If you’ve ever been in a GLA/GLB, the interior should feel extremely familiar as it has been essentially carried over. There are some revisions to the trim and upholstery, along with dedicated EV screens in the instrument cluster and infotainment system, but the cabin is basically the same. That’s actually great because Mercedes has managed to raise the bar quite high when it comes to interiors offered in the compact segment.

Much like the GLB can be had with seven seats, Mercedes will also offer the EQB with an optional third row. The rearmost seats are mostly for kids and teenagers as people taller than 1.65 meters won’t have enough headroom to sit comfortably in the third row. The silver lining is the backrests of the second-row seats can be adjusted and those seats go fore and aft by 140 millimeters. 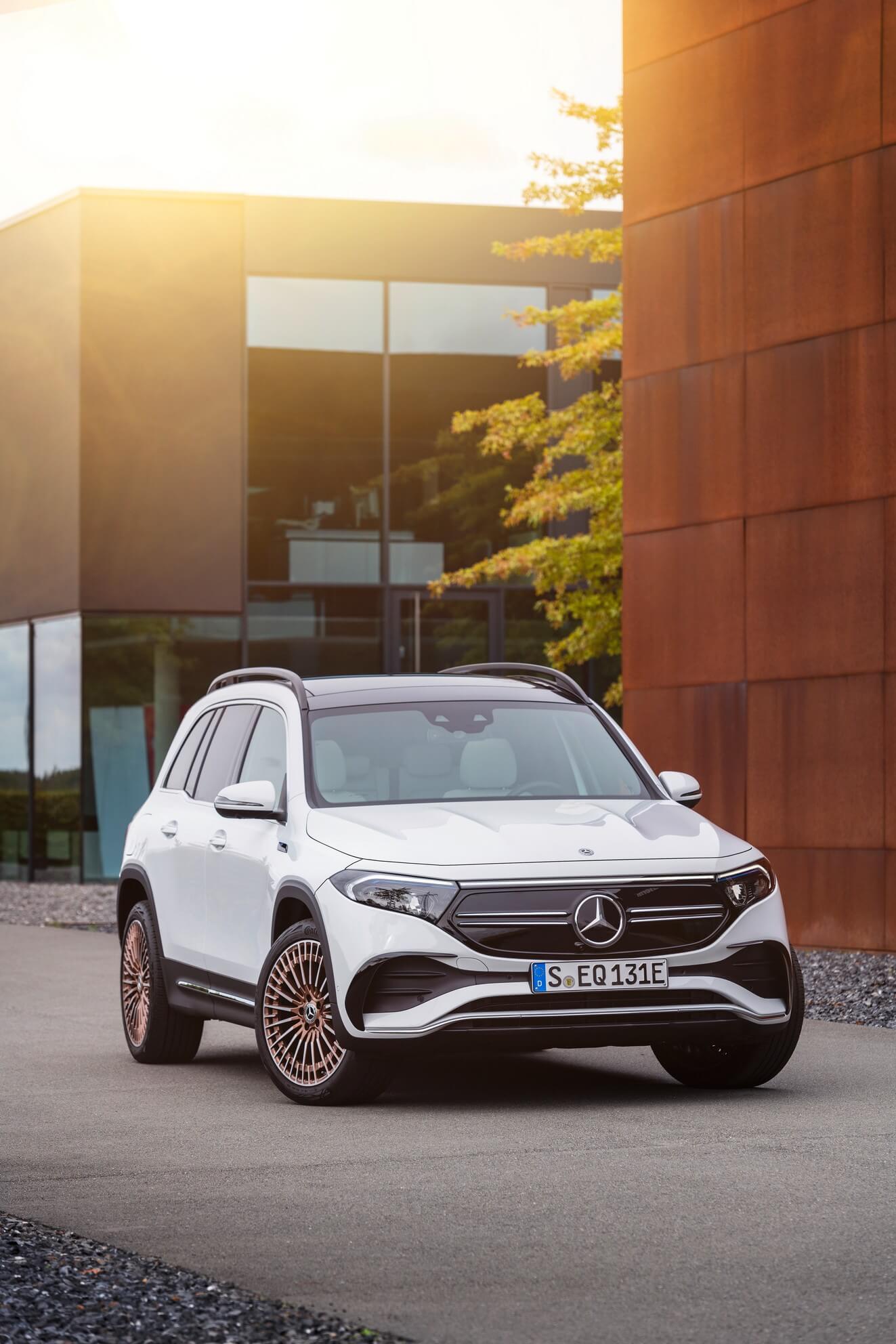 Initially, Mercedes will sell the EQB in China as an AMG Line model with 288 horsepower (215 kilowatts). Europeans will get the electric crossover later this year in multiple configurations, with front- or all-wheel drive and over 268 hp (200 kW) of power. This Euro-spec model will have a lithium-ion battery pack with a usable capacity of 66.5 kWh, providing enough juice for a WLTP range of 419 kilometers (260 miles) for the EQB 350 4Matic model with AWD.

Come 2022, the EQB will also be launched in the United States where Mercedes won’t be bringing the curvier, five-seat-only EQA. The new EV will be produced in Beijing by the BBAC (Beijing Benz Automotive Co.) joint venture for the Chinese market while the rest of the world will get the vehicle from the Kecskemét plant in Hungary.