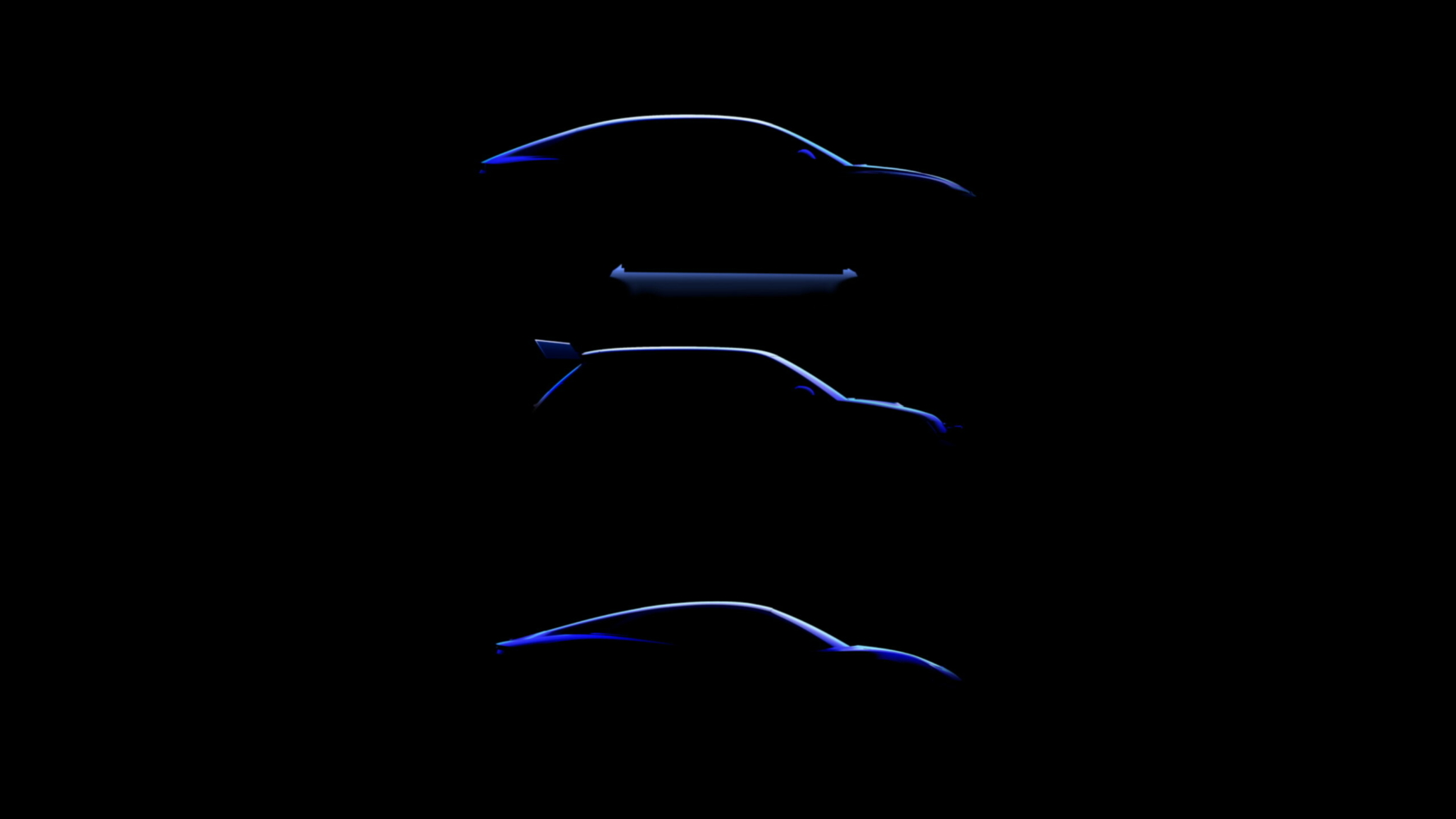 It was back in January when Renault announced its performance division Alpine would evolve into an electric brand, signaling the EV transformation with a teaser image depicting the front-end designs of three cars. They’re now back in fresh imagery, and this time around, we’re being given a sneak preview of their side profiles.

The new photos were shared by Renault today as part of the ElectroPop online event during which it also teased the electric 5 supermini and provided a first glimpse at the 4ever, an upcoming EV harkening back to the Renault 4. The French company remains coy on details about Alpine, but it does say the first electric car of the trio will be released in 2024.

So, what exactly are we looking at?

The first of the bunch appears to be a hot hatchback and an educated guess tells us it will be a high-performance derivative of the aforementioned Renault 5. After all, Alpine did develop an amped-up version of the classic supermini, which UK readers identify as a Gordini since Chrysler owned the rights to the “Alpine” name at that time.

Both the Renault and Alpine versions of the new 5 will ride on the CMF-BEV platform, a brand-new electric car architecture that will slash production costs by 33% compared to the current Zoe. A range of up to 400 kilometers (249 miles) in the WLTP cycle is being promised, but with Alpine’s version focusing on performance rather than efficiency, the electric hot hatch might not be able to match the Renault-badged model’s range.

The next silhouette appears to represent an electric sports car bound to replace Alpine’s sole model, the mid-engined A110. The new EV is being co-developed with Lotus on a dedicated electric sports car platform, which will obviously serve as the foundation for a zero-emissions performance model from Norfolk as well.

Last but certainly not least is a teaser illustrating a larger coupe, perhaps a grand tourer with a 2+2 layout. Details about the third Alpine EV are shrouded in mystery, although it might ride on the new CMF-EV platform Renault is developing for C- and D-segment models with a WLTP range of 580 kilometers (360 miles). The underpinnings will deliver a multi-link rear suspension, a low center of gravity, and perfect weight distribution, thus making the platform suitable for a sports car application.

Note: Attached below is the original teaser from January.