After the BMW 4 Series Gran Coupe, it is time for another completely new model to enter production. Today, BMW announced that its fully electric SUV flagship, the iX, entered production officially at the Dingolfing plant. This marks the day the Dingolfing plant enters a new phase, featuring cars with all types of drive trains: internal combustion, plug-in hybrids and now fully electric ones.

The BMW iX will be manufactured alongside other successful models from the Bavarian brand, like the 5 Series, 7 Series or 8 Series. In order to make room for the iX as well, the plant has been recently expanded and refurbished, following an investment of 400 million euros. BMW is planning to double the percentage of electrified vehicles produced at the Dingolfing plant by the end of the year with the introduction of the iX and the i4 later on. 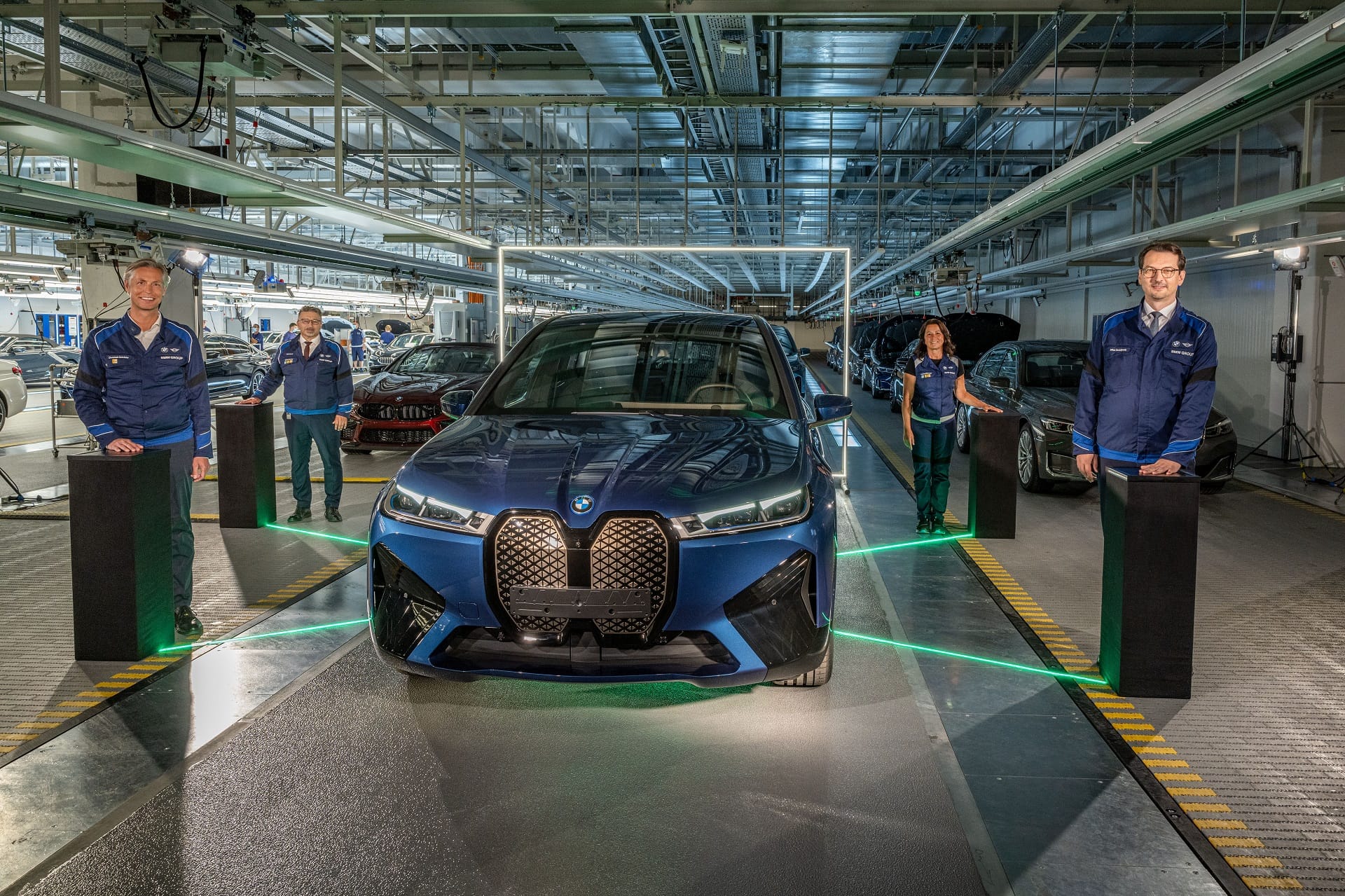 “The launch of the BMW iX marks another milestone in our expansion of electrification and demonstrates our production network’s successful transformation towards electromobility and digitalisation,” said Milan Nedeljković, member of the Board of Management of BMW AG, responsible for Production. The Bavarian location is also responsible for making the e-drive and fifth generation battery for the iX on site, making logistics a lot easier overall.

The production process itself has been designed so that resource consumption is reduced to a bare minimum. BMW aims to reduce CO2 emissions per vehicle produced by 80 percent by 2030. In order to do that, the BMW iX is produced exclusively using regional and directly sourced green power from two hydroelectric power plants located on the Isar and Lech rivers. The entire plant, like all BMW Group locations, will also be net carbon neutral from this year, through the use of corresponding offsets and certificates.