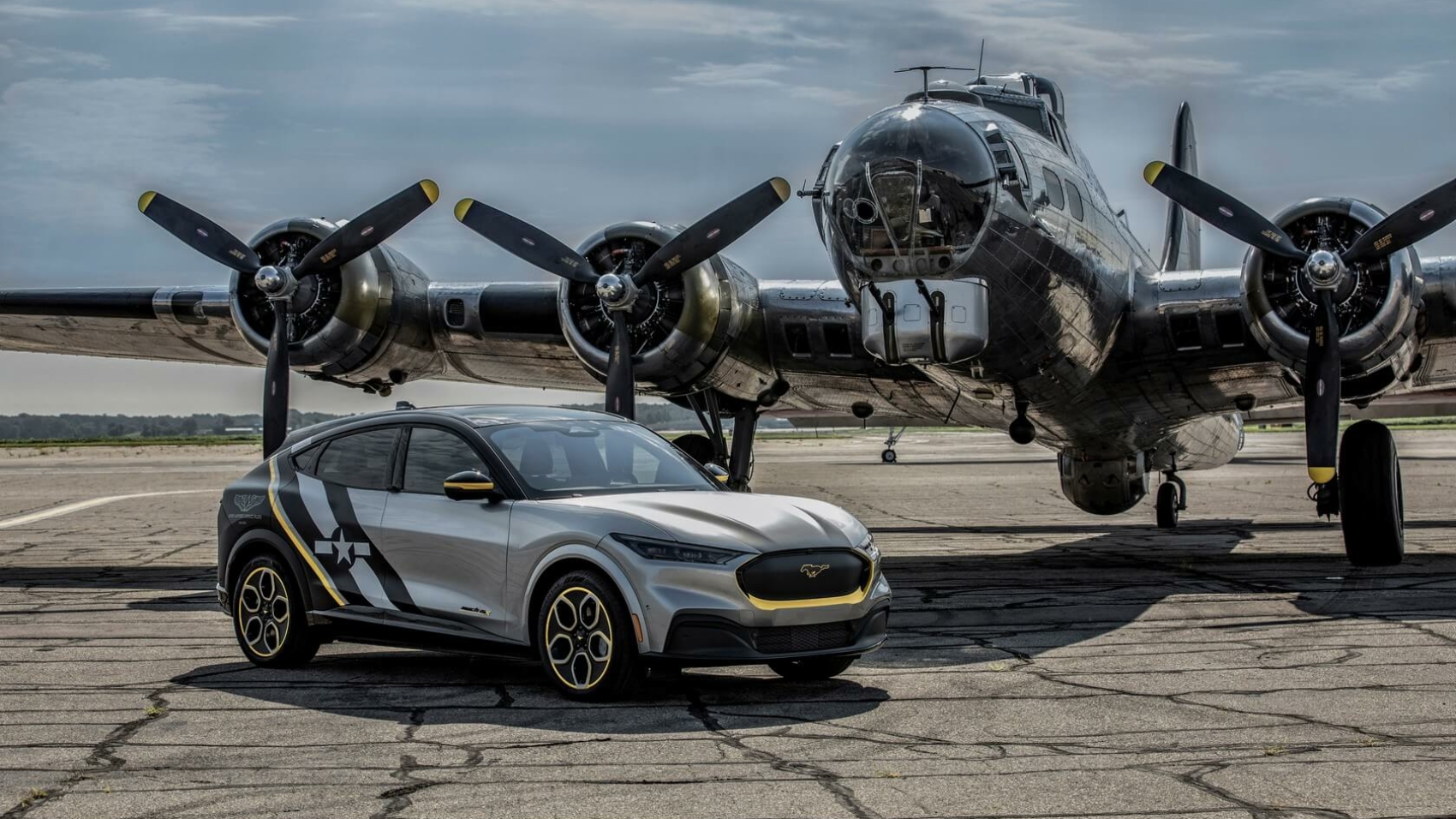 Ford has been creating one-off Mustangs to benefit the Experimental Aircraft Association for quite a while now, with relevant examples including the 2015 Apollo Edition and the 2016 “Ole Yeller.” In 2018, the Blue Oval created an Eagle Squadron that was followed a year later by the “Old Crow” GT. Fast forward to 2021, the Mustang-badged electric SUV is following in the footsteps of its gas-powered siblings.

This one-of-one Mustang Mach-E was created by Ford to honor the sacrifices of the Women Airforce Service Pilots. It takes after the volunteer female pilots and the planes they piloted during World War II and has been conceived to benefit the EAA. Proceeds from the auction scheduled to take place on July 29 in Wisconsin will be directed to the Experimental Aircraft Association. 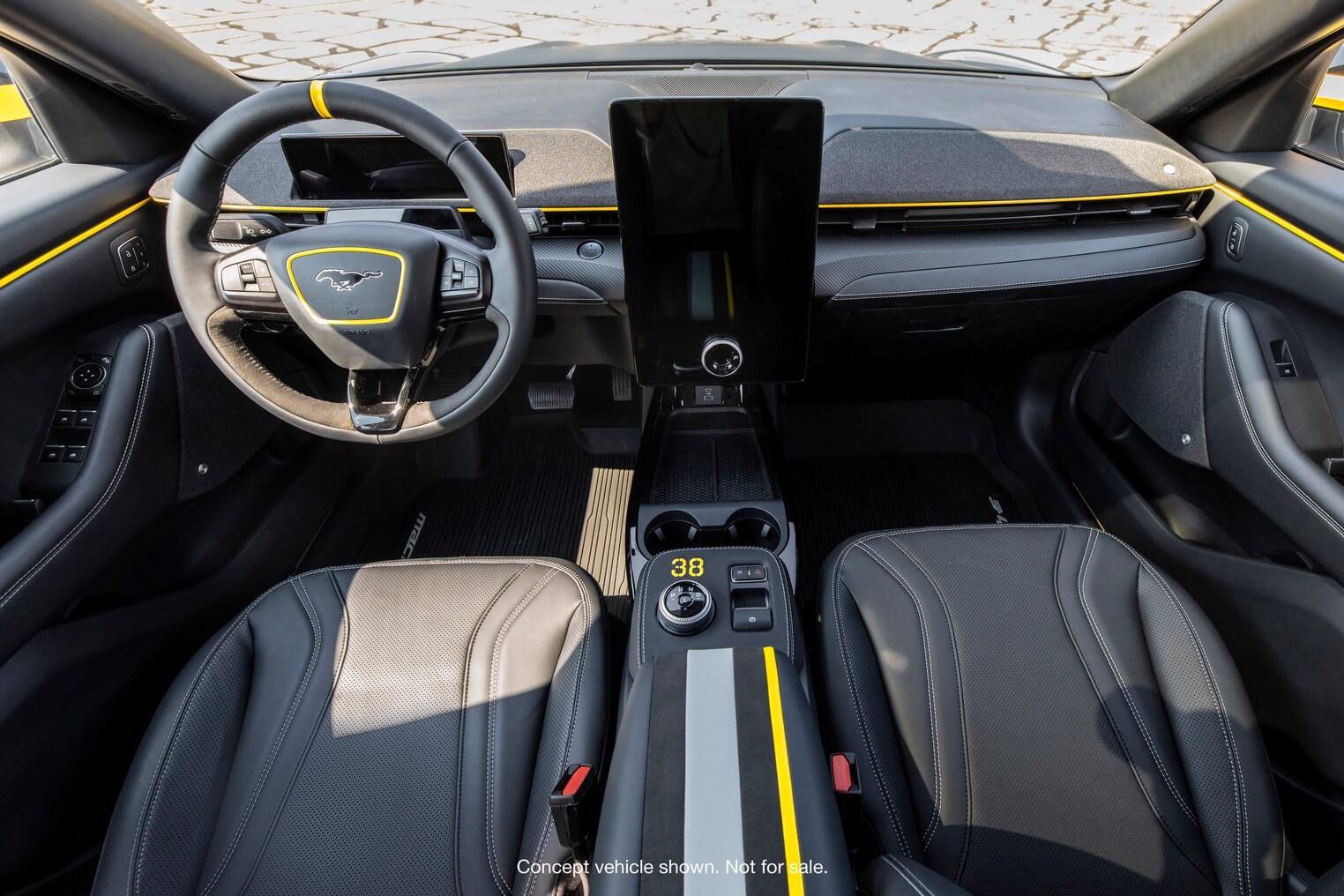 What’s so special about the zero-emissions SUV? Well, it wears a custom paint job featuring military badging derived from the WWII planes flown by volunteers. It’s the first time Ford is donating an electric vehicle Experimental Aircraft Association AirVenture air show as all 12 aviation-themed vehicles donated before had internal combustion engines and managed to raise more than $4 million.

The unique Mustang Mach-E proudly wears U.S. Army Airforce Star on both sides along with wings logos on the rear fenders and hood as well as No.38 logos on the front fascia and rear bumper. The theme continues inside to honor the 38 volunteers who passed away during WWII.

The money Ford will be able to raise through the auction will be put to good use to support EEA’s program focused on helping young women access a career in the aviation industry. Ford has been helping AirVenture for over 20 years and will auction off the electric SUV on Thursday in Oshkosh, WI when we’re hoping it will fetch a pretty sum to help those in need. 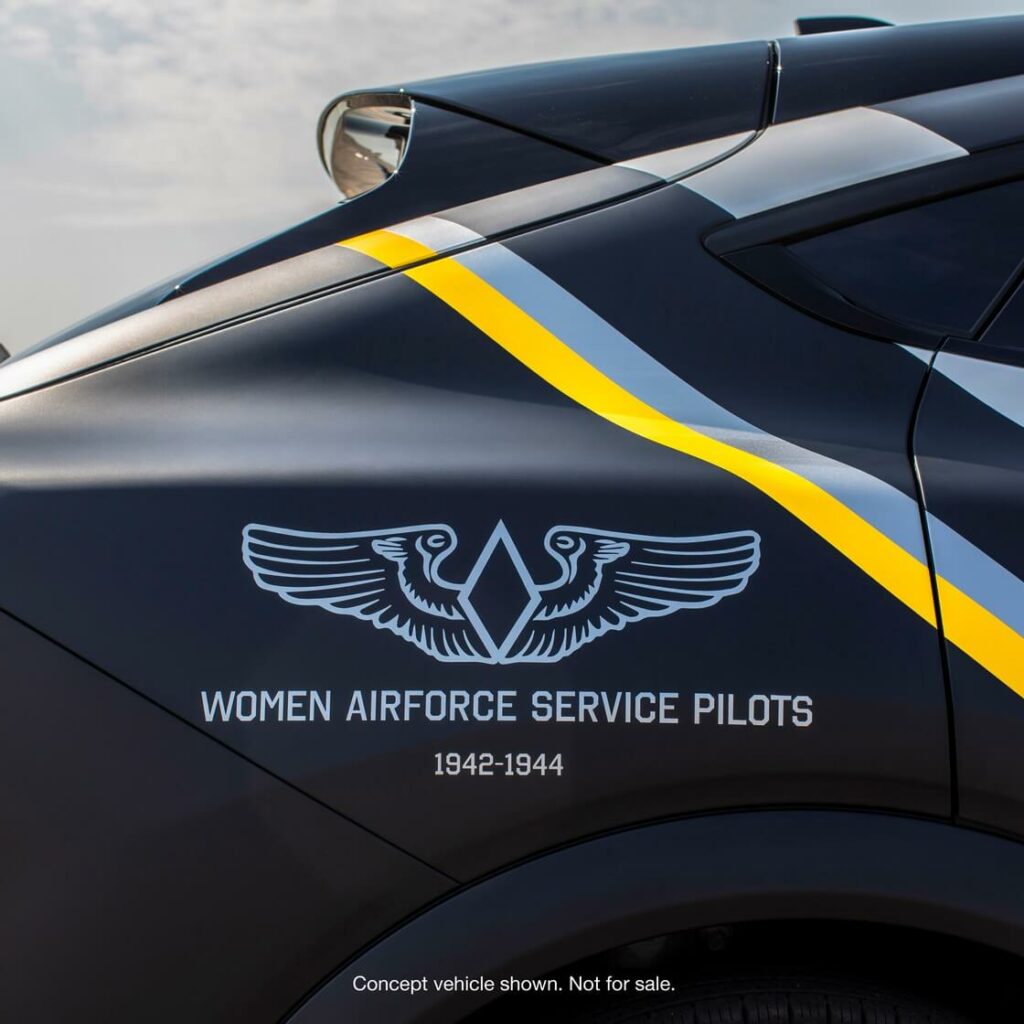 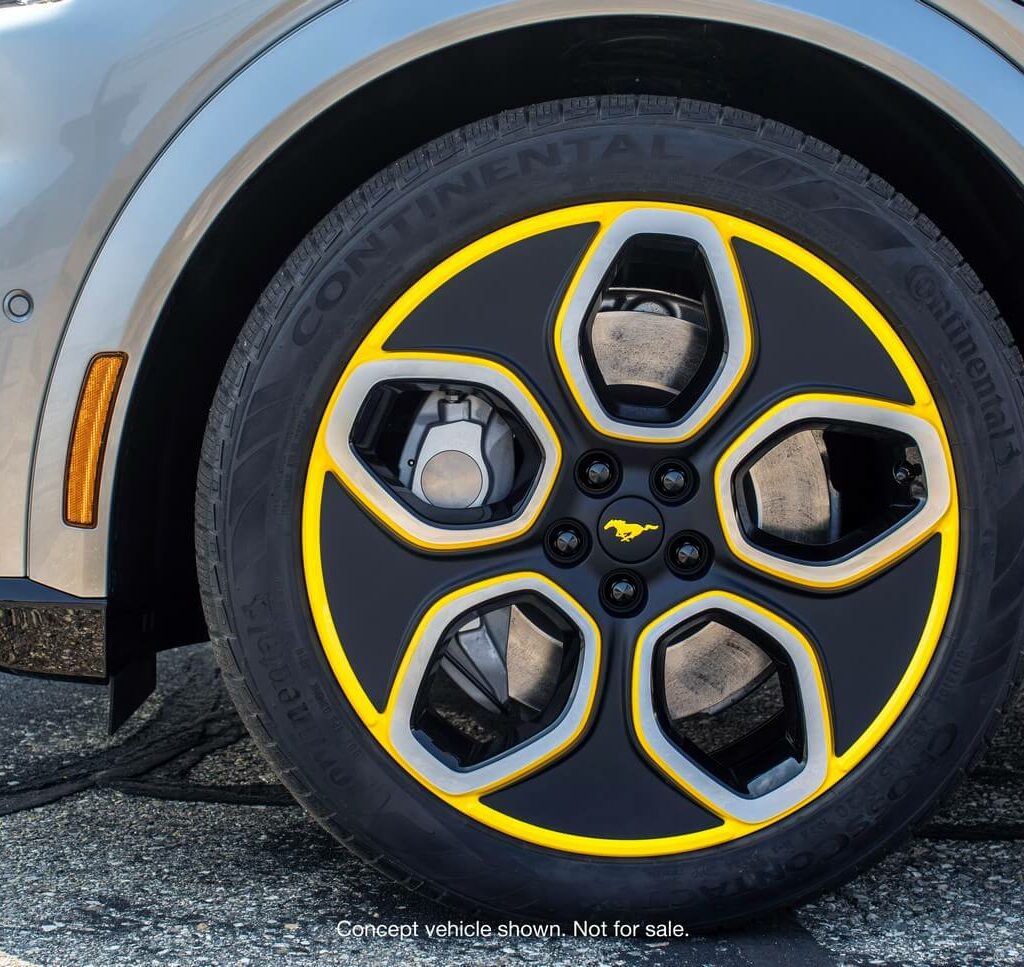 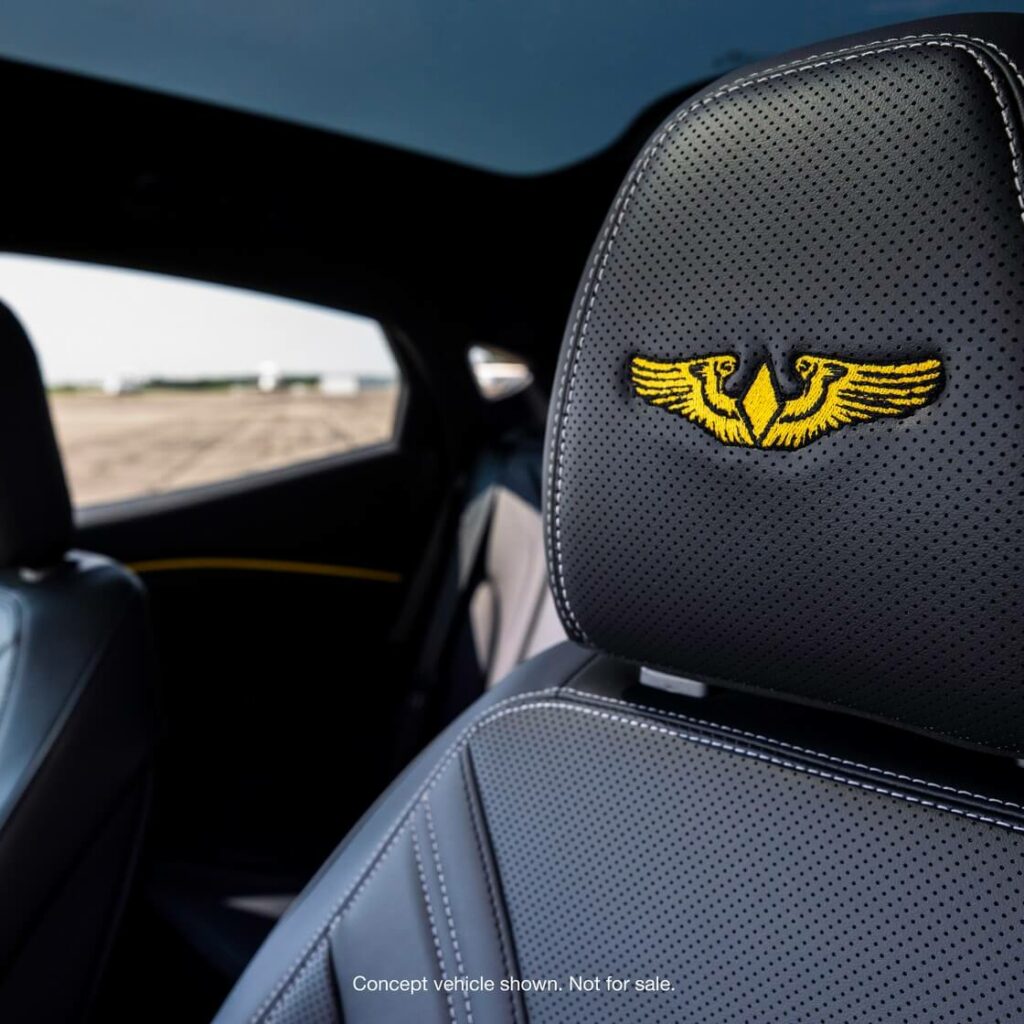 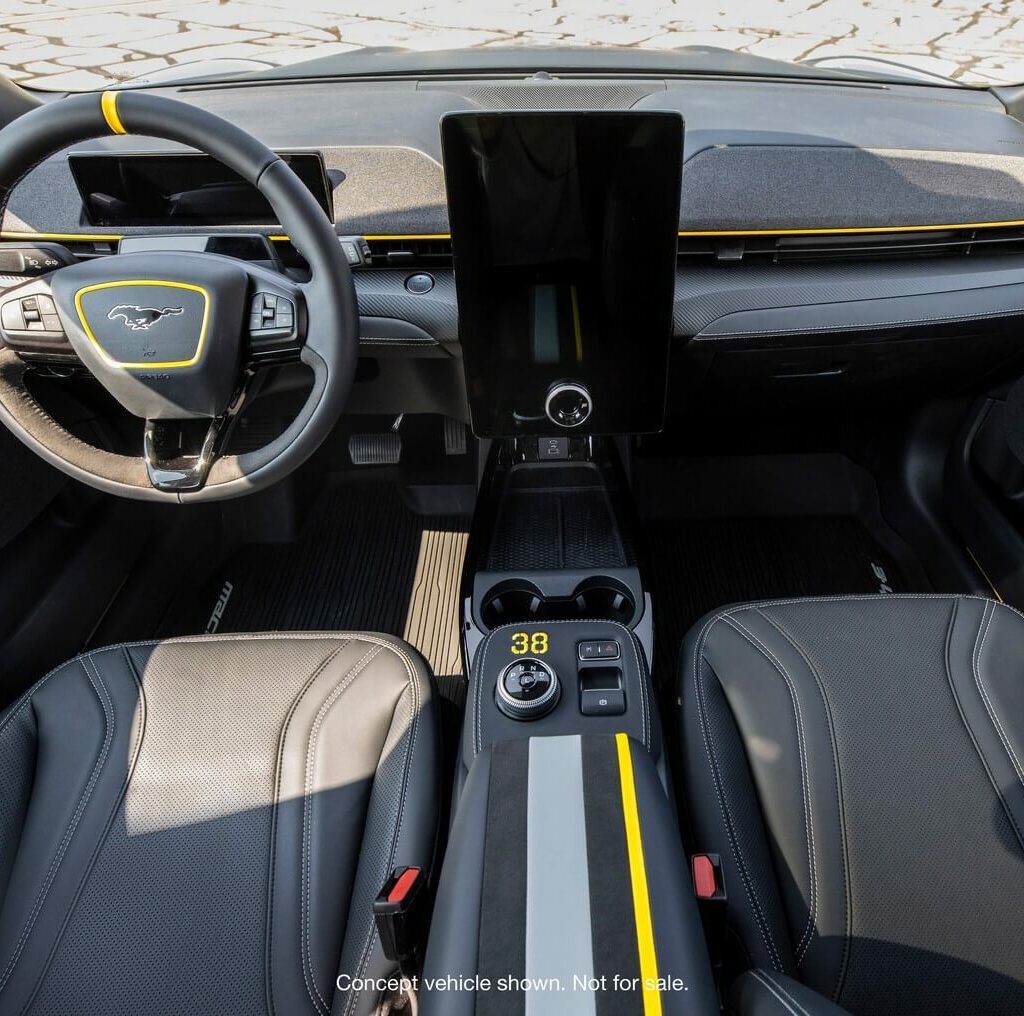 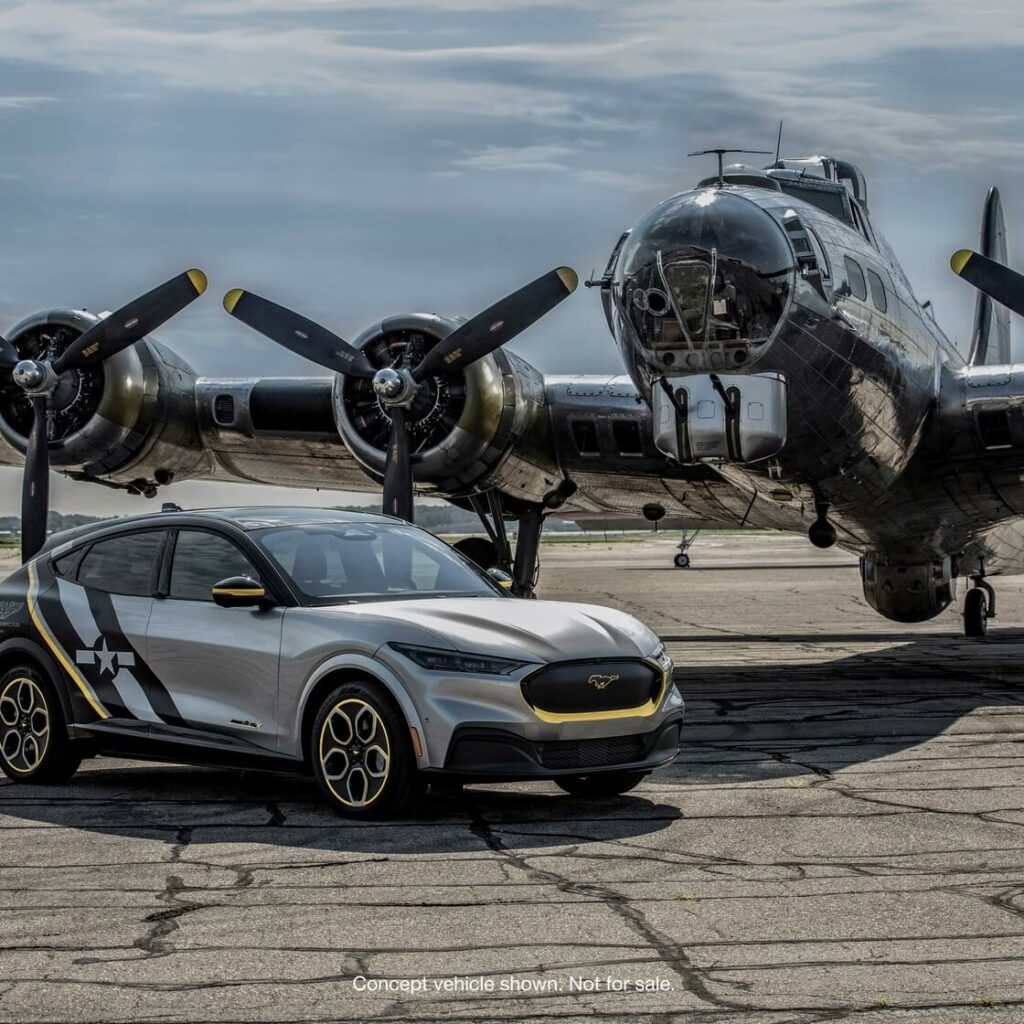