Tesla recently made a big statement, claiming its all new Model S Plaid broke the all-time EV record at the Nürburgring Nordschleife. According to Tesla — more specifically, hype-man Elon Musk — the Tesla Model S Plaid ran a 7:30.9 at the ‘Ring. That is an impressive time for an EV sedan of its size, even beating out the Porsche Taycan Turbo (not the Turbo S), but there are a few potential issues with the claim.

According to both Musk and Tesla, the car in question was completely stock, which is the only way to properly claim a record. If an automaker were to even use tires that are more aggressive than what’s offered on the car from the factory, that would disqualify it from breaking the record. So the car needs to be completely, 100-percent stock. However, it seems as if the Model S Plaid that ran the claimed lap was modified.

Some photos from the ‘Ring, showing off the specific Model S Plaid that claimed to break the EV lap record, have surfaced and it seems that the Tesla was modified at least a bit. For starters, it clearly used a circular steering wheel, rather than the obnoxious yoke that comes on the Plaid from the factory. While that’s not a huge deal, it’s still not stock, as the Plaid is only available with the yoke for customers. Maybe Musk plans on offering a circular wheel in the future, so we’ll overlook that.

More importantly, though, you can also clearly see that the Model S Plaid lapping the ‘Ring was equipped with different wheels (potentially lightweight wheels?) and much larger brakes than the standard car comes with. Even more than that, the massive brakes featured carbon ceramic rotors and much bigger brake calipers. On a tricky track like the Nürburgring, big brakes are hugely important and could make an enormous difference.

There’s some on-board video of the lap, which shows the yoke steering wheel, so it’s possible that the car in the photo was a different car that wasn’t timed. However, the video from Tesla doesn’t show any independent timing gear, showing the lap time, making it difficult to trust the fact that the Model S actually did the lap time Tesla claims. It’s also what’s leading a lot of enthusiasts to think that the bigger brake-wearing Model S was the car that actually did the lap time, while the one in the video was just to throw people off the scent. 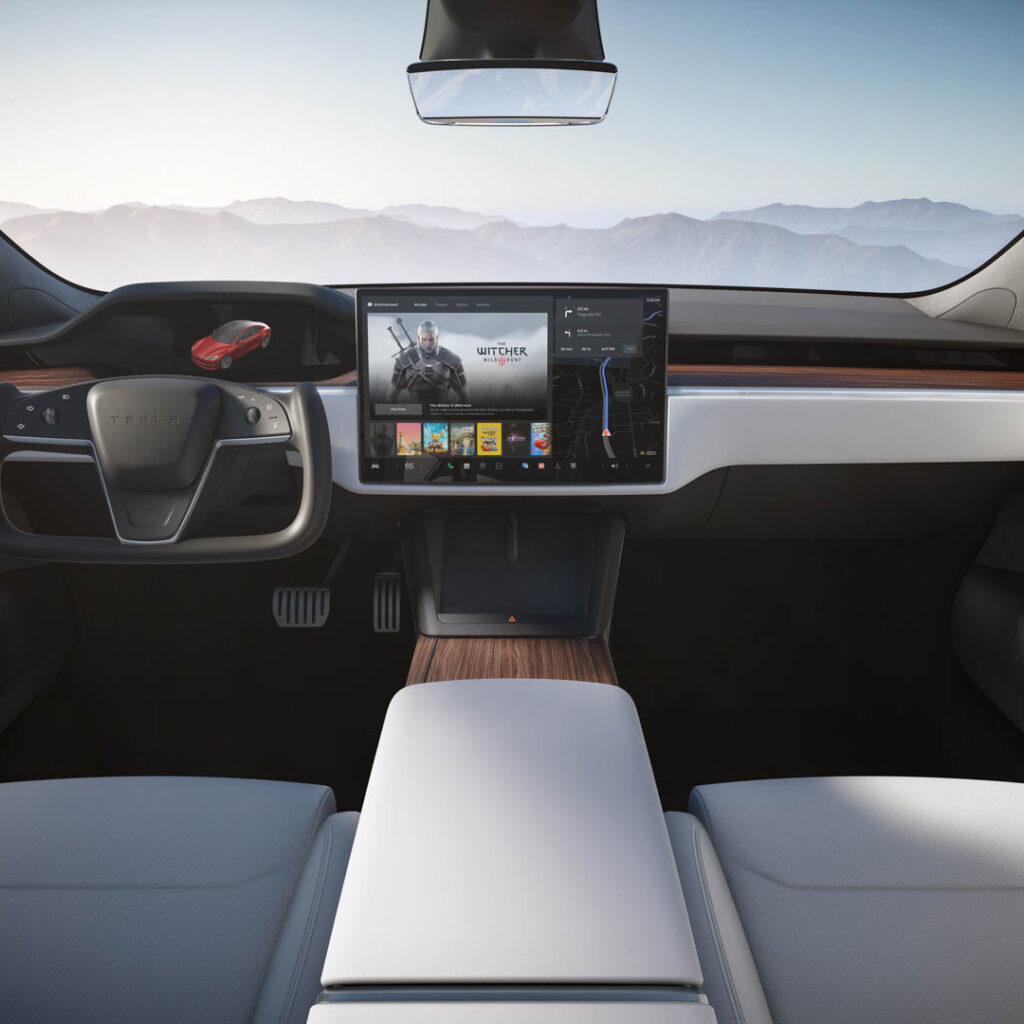 If, however, Tesla did actually record that time with a bone-stock Model S Plaid, it’s a commendable achievement. There’s no doubt the car, even in its stock form, is bonkers-quick in a straight line. But if it can also lap the ‘Ring faster than a Taycan Turbo, it’d be even more impressive. Although, as it stands now, that’s a doubtful “if”.

Previous articleMotor Trend Off-Roaded the Hell Out of the Rivian R1T
Next articleBMW i Vision Circular – The Car Of The Future?