BMW i3 – Best Used Electric Car in the UK

There are a lot of issues with the i3, issues that prevent many customers from buying it; its range is too low, its quite expensive when new, it lacks a lot of cabin tech you’d find in much cheaper cars, and it’s very odd looking. However, there’s something incredibly charming about the i3 and the way it drives that, for some enthusiasts, it can be easy to overlook its flaws.

In this new comparison test from Car Magazine, we get to see which used electric car is the best buy in the UK and the BMW i3 is one of the contenders.

The BMW i3 faces some tough competition in this comparison; the Nissan Leaf, Renault Twizy, Renault Zoe, and even the Tesla Model S. Admittedly, most car enthusiasts wouldn’t even blink and take the Tesla. Objectively speaking, the Model S is a better electric car than the i3 in every possible way. 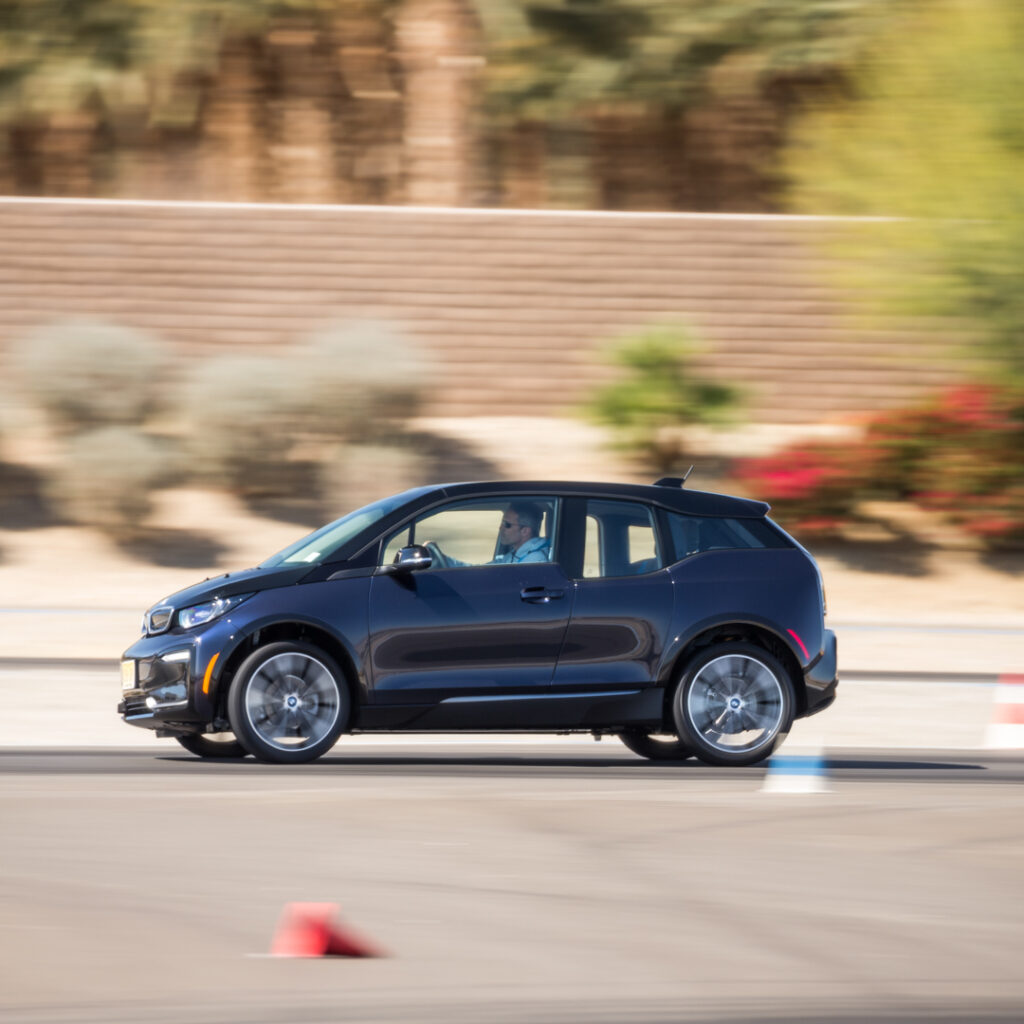 However, the Model S is expensive on the used market and its main selling points are its charge network and supercar straight-line performance. . If you’re someone who can charge at home often, it might not be worth the extra cost, especially because its ride isn’t great for UK roads, its steering is lifeless and slow, and it can suffer quality issues that no other car in the test will.

While the BMW i3’s battery range is laughable compared to the Model S’, as is its charge speed, the little electric Bimmer can be had for much cheaper than the Model S and it’s more interesting to drive. It still feels futuristic today, thanks to its carbon chassis and funky interior, its visibility outward is SUV like despite sitting relatively low to the ground, and its steering and driving dynamics are far more fun than anything else in the group.

The other cars in the test have their merits as well but, in reality, it’s a two-horse race between the Tesla and the Bimmer. Which one is best? Read the story to find out.

Previous articleLotus Elise reportedly coming back as electric sports car
Next articleRendering: BMW iX gets design features from the i4 Gran Coupe