The Toyota Mirai has been making the headlines lately after breaking the record for the longest distance covered by a hydrogen fuel not once, but twice. During its latest attempt, it managed to travel for a whopping 845 miles (1,360 kilometers) before running out of fuel, but this new Mirai version unveiled today won’t be able to complete such an extended journey.

Why? Well, it’s not an actual Mirai per se. Instead, it’s actually a 1:10 replica of the hydrogen rear-wheel-drive sedan built by Toyota in collaboration with Bramble Energy, a company specialized in hydrogen fuel cell technology and applications. In addition, the UK division of Tamiya, a Japanese manufacturer of radio-controlled cars, was involved in the unique project.

And yes, this is a fully working Mirai, complete with a miniaturized fuel cell. The pair of tiny hydrogen tanks can store enough fuel for as much as 400 miles (644 kilometers) of range, prompting Toyota to say its innovative radio-controlled car has double the range of a conventional RC car powered by batteries. It goes without saying there are no plans to sell it, but rather to showcase the versatility of a fuel cell powertrain and how it can be adapted for various uses.

See also  Toyota EVs Might Come With A Manual Gearbox, According To Patent

If you’re wondering how the hydrogen-fueled Mirai RC car came to be, the team behind the project started off with one of Tamiya’s TT-02 RC cars before Bramble Energy converted it to accept a fuel cell setup. A mold had to be built for the 1:10-scale replica of the second-generation Mirai, which was painted in Scarlet Flare red in the same vein as the actual car. 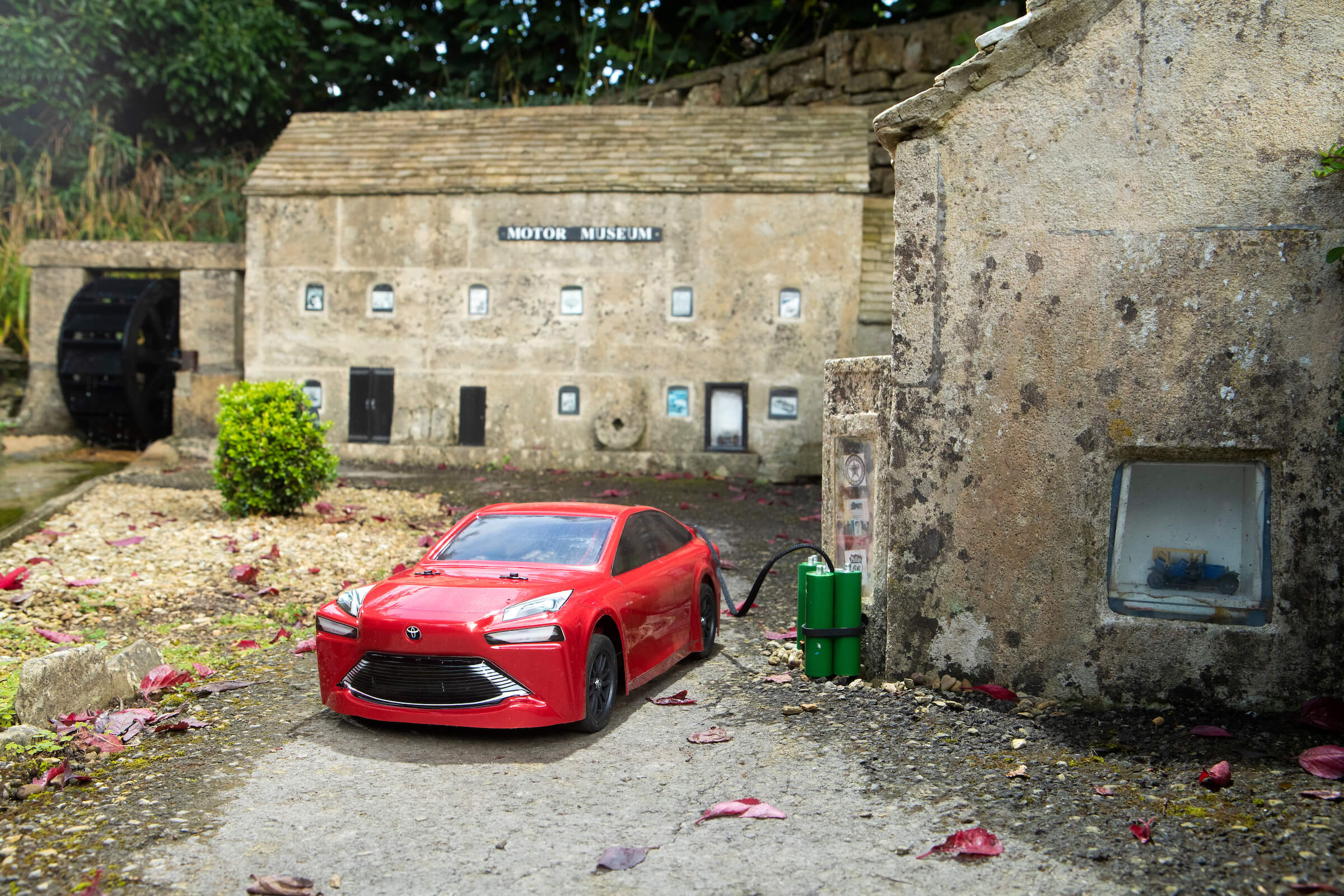 Then it was Bramble Energy’s turn to assemble a downsized configuration of its printed circuit board fuel cell, the two hydrogen tanks, and the control system into the standard four-wheel-drive RC chassis you can buy at local specialized shops. The last step was to install the custom-made body shell on top of the chassis.

According to Toyota, the Mirai hydrogen RC car has about 20 watts of power and offers double the running time of a battery-powered RC car. Interestingly, the dual hydrogen tanks are switchable, meaning they can be easily replaced when you’re out of fuel.