Porsche isn’t the type of company that usually comes out with concept cars, but when it does, you know it’s going to be something special. Rather surprisingly, the Vision Gran Turismo is the second concept in only a few months as it follows the Mission R unveiled in early September at the IAA Munich. The new VGT is a virtual race car as it will be making its debut next year in the hotly anticipated Gran Turismo 7.

The video game is scheduled to come out on March 4, 2022, on the PlayStation 4 and PlayStation 5, with gamers being able to hop behind the virtual wheel of the Porsche Vision Gran Turismo created specifically for the new title from Polyphony Digital. It’s a low-slung electric sports car featuring a minimalist design, clearly more streamlined than the Mission R. 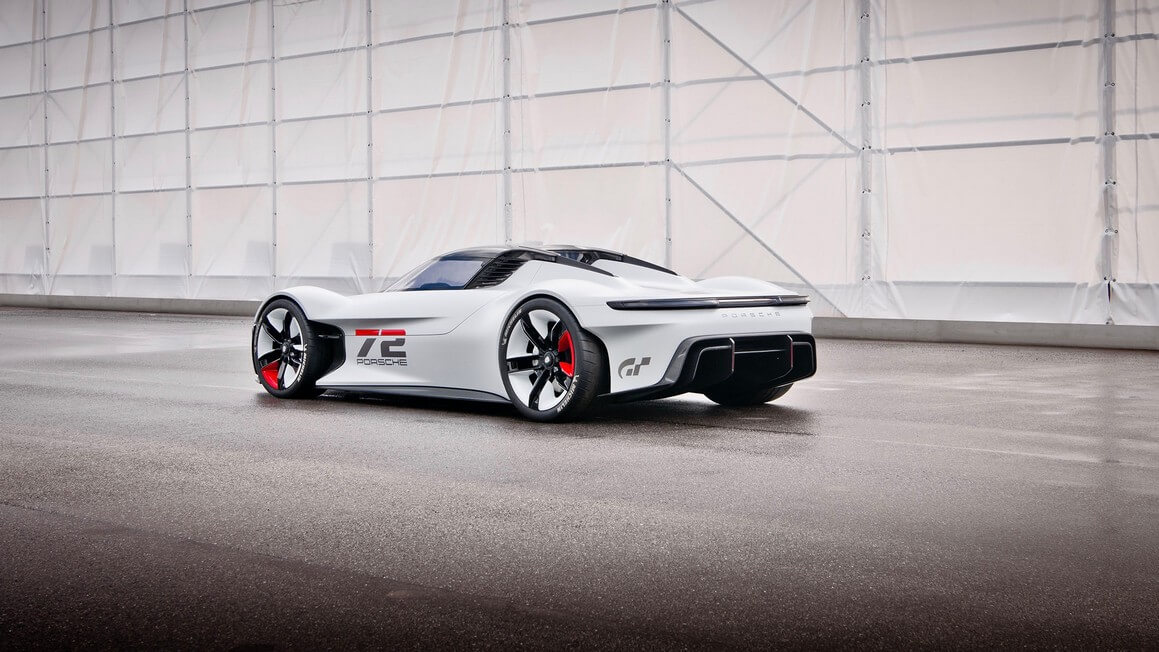 Technical specifications are shrouded in mystery at this point, but we do know it has been conceived with active aerodynamic elements and has a large canopy instead of traditional side doors. For extra torsional rigidity, the seats are bolted onto the monocoque. Porsche’s familiar four-point LED headlights have been made even sleeker for the Vision Gran Turismo and we won’t be too surprised if they’ll be adapted for a production model.

The cabin continues the exterior theme and comes with carbon fiber accents and a yoke-like steering wheel with more buttons and knobs than we can count by incorporating most of the controls like in a race car. Instead of a regular instrument cluster – either digital or analog – the virtual race car boasts a curved hologram display. Elsewhere, only vegan materials have been used to highlight Porsche’s focus on sustainability.

Overall, the Vision Gran Turismo is a purist’s delight for the inevitable electric racing era as the exciting world of motorsport will sooner or later have to abandon fossil fuels. It’s too soon to say whether Porsche is also previewing a future hypercar, which the Zuffenhausen has previously mentioned won’t arrive before 2025 at the earliest.