Following a surprisingly long teaser campaign for a concept car, the Mercedes Vision EQXX has finally been revealed. Arriving in Las Vegas for the 2022 CES, the revolutionary EV aims to take efficiency to new heights by combining new advancements in battery technology with unmatched aerodynamics, all wrapped up in a lightweight package

Featuring a sleek design with a minimalist approach, the 201-horsepower (150-kilowatt) EQXX takes the shape of a low-slung sedan with a sloping roofline akin to a coupe. The CLS from a distant future is a zero-emissions concept conceived primarily with efficiency in mind, but without compromising too much on styling. The end result is an avant-garde EV that makes the EQS flagship electric car from the three-pointed star look a bit dated by comparison. 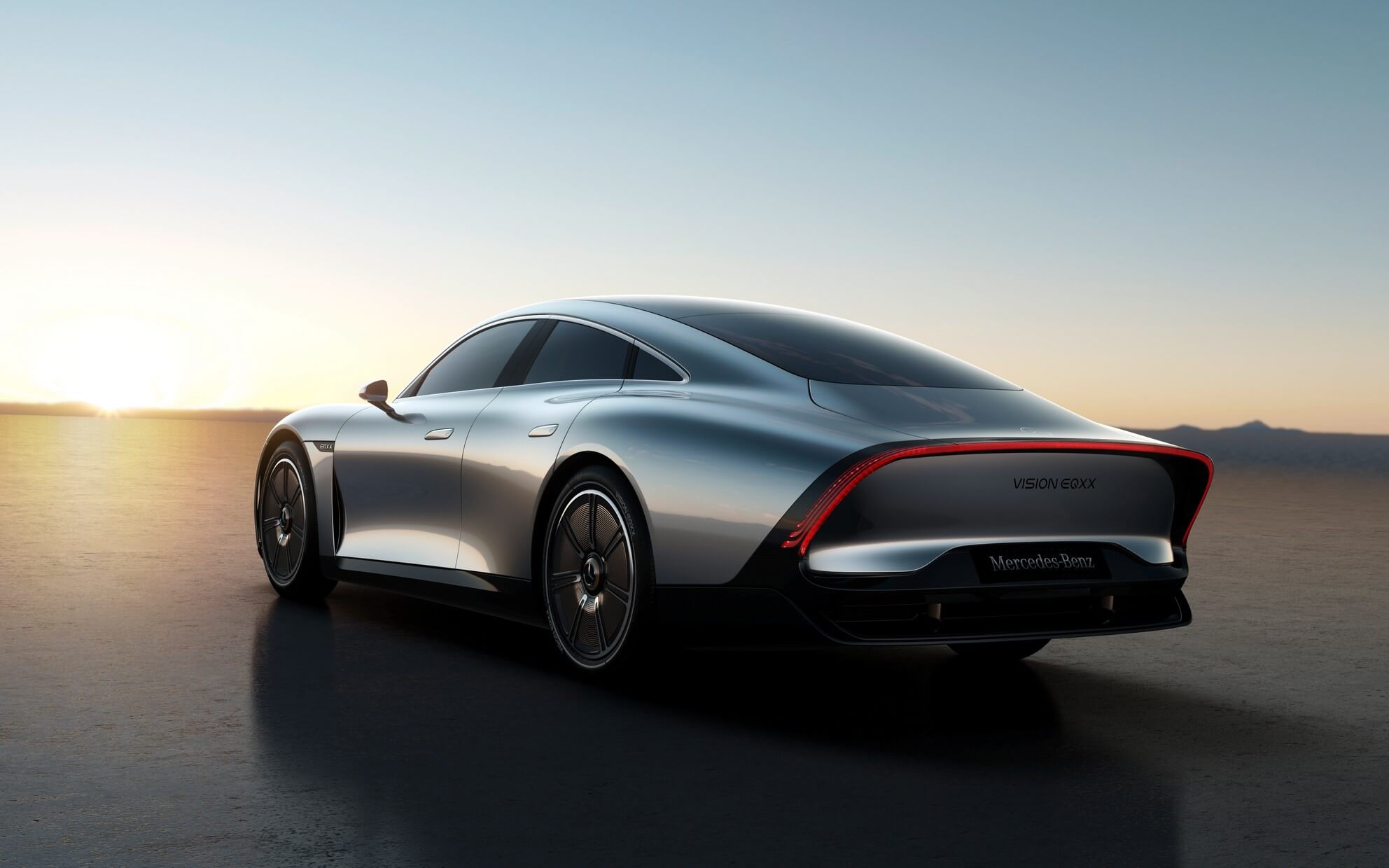 The official images make the car seem bigger than it actually is since the EQXX is only 4.63 meters (182.2 inches) long, which is almost the same as the previous-generation C-Class Sedan (W205). It has a 2.8-meter wheelbase and an unusually long rear overhang for a dedicated EV due to the aero-driven design to squeeze out extra miles of range.

Speaking of aerodynamics, the new groundbreaking electric concept from Mercedes has a drag coefficient of only 0.17, which is way better than the aforementioned EQS and its 0.20 Cd. Why is that important? Because a reduction of 0.01 in the drag coefficient increases the range by 2.5%. The Vision EQXX bests the company’s previous sleekest car, the 2015 Concept IAA with its Cd of 0.19. 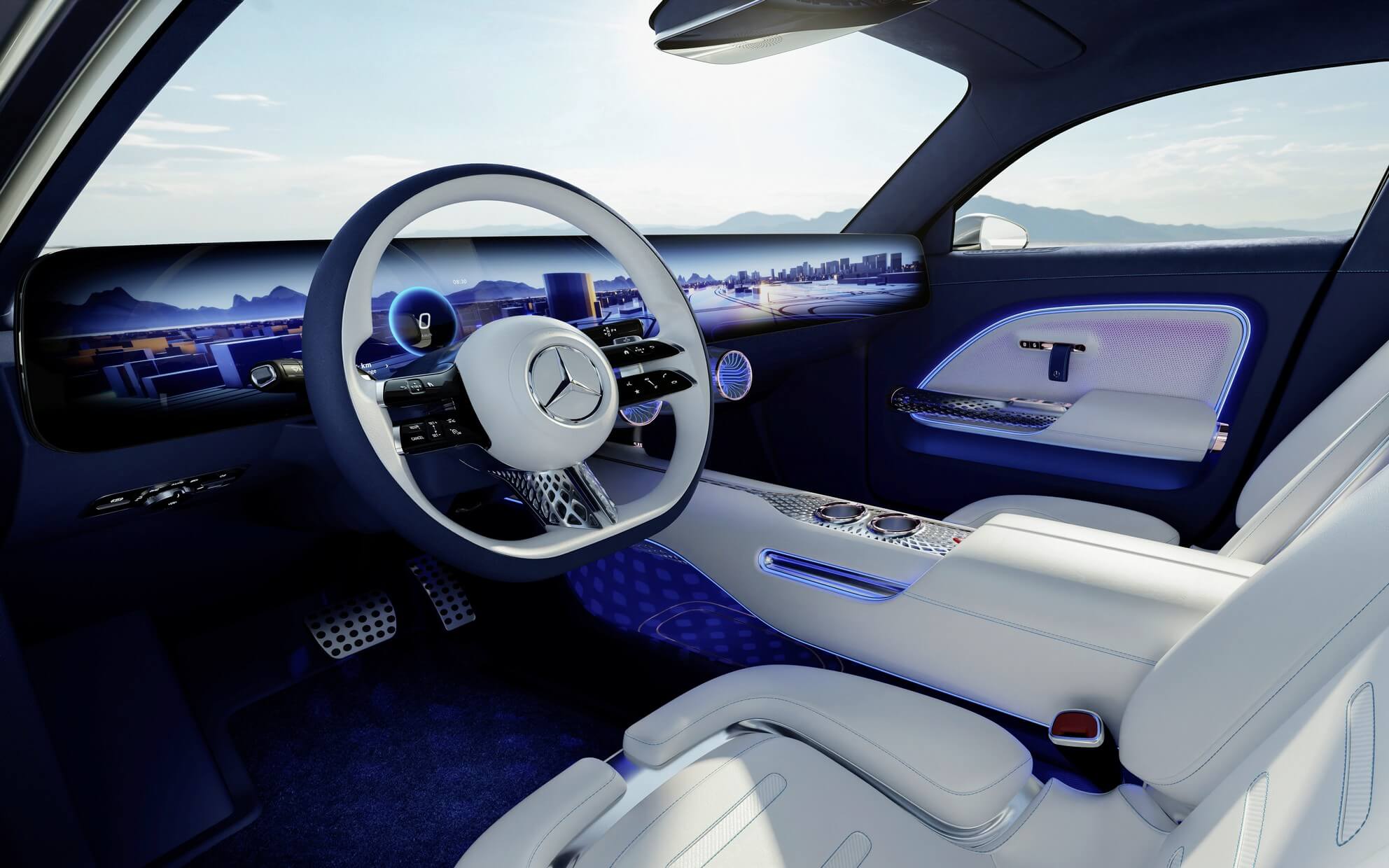 As for the battery, it has a capacity of nearly 100 kWh but is half the size and 30% lighter than the 107.8-kWh pack installed in the EQS. And yes, the German luxury brand says the EV will travel for more than 1,000 kilometers (620 miles) before running out of battery juice. However, we should mention the range number is “based on digital simulations,” so it hasn’t been actually tested in real life.

Nevertheless, a four-digit range (if we’re talking about kilometers) should cure range anxiety as you can’t cover such an extended distance with the vast majority of gasoline-fueled cars on the road today. Only some diesels manage to beat that, but not by much, and only if you drive them as efficiently as possible. 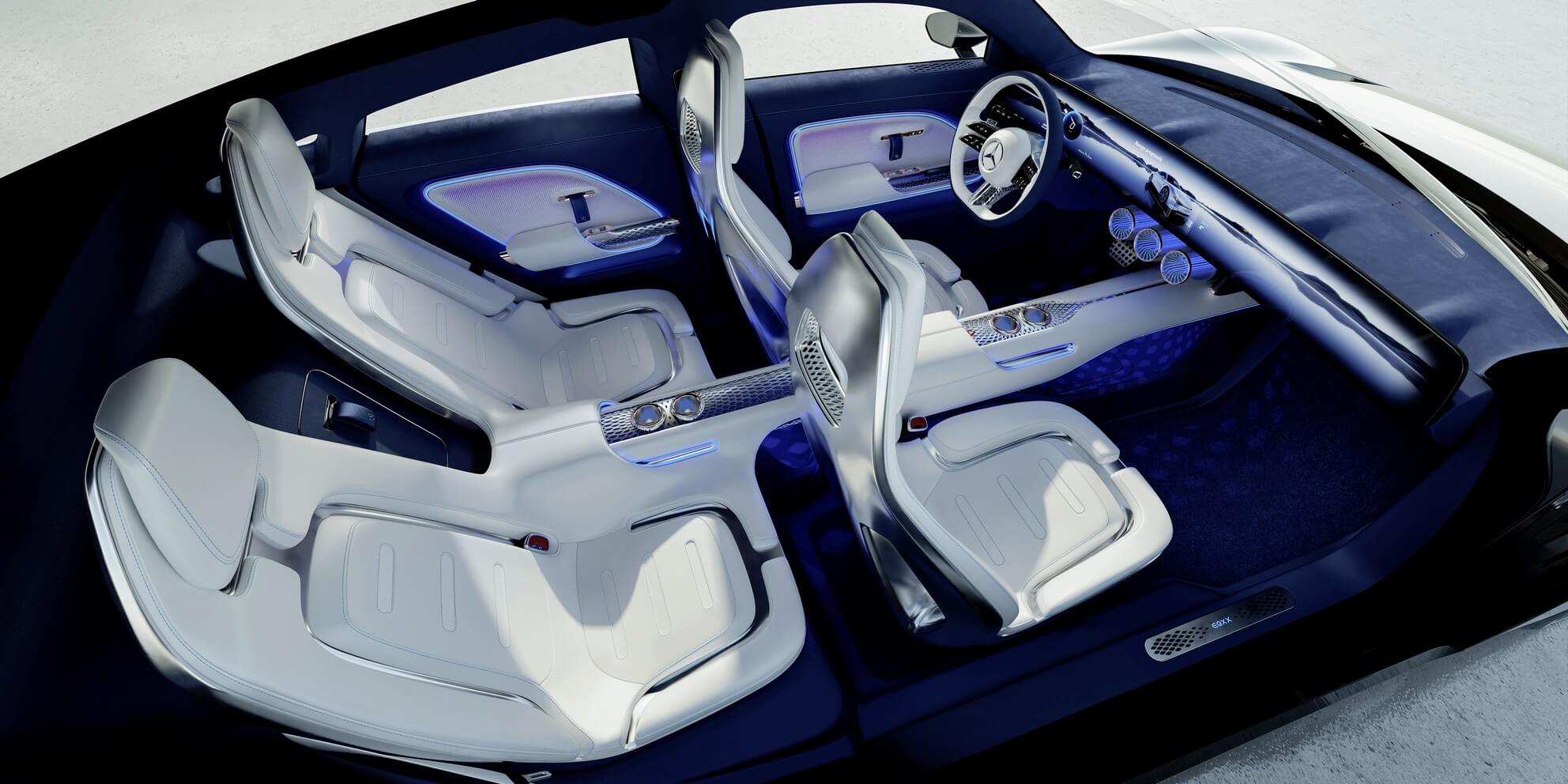 Perhaps just as remarkable is the curb weight of the Vision EQXX as the concept tips the scales at a relatively low 1,750 kilograms (3,858 pounds). That’s not too shabby for an electric car with a big battery and only a little bit heavier than a C-Class with a diesel engine and all-wheel drive. To keep the weight penalty of an EV down to a minimum, Mercedes collaborated with the F1 division and used carbon fiber in several areas along with ultra-light aluminum brake discs.

All these measures contribute to an energy consumption of less than 10 kWh per 62 miles (100 kilometers), granting the concept an efficiency of more than 6 miles per kWh. This was also possible by installing ultra-low-rolling-resistance on the magnesium wheels and a solar roof panel to add as much as 25 kilometers (16 miles) of range.

The interior is just as cutting-edge as the rest of the Vision EQXX by being developed with sustainability in mind. It boasts carpets made entirely out of bamboo fiber, along with animal-free leather upholstery from a cactus-based biomaterial. Recycled waste materials have also been used, including recycled PET bottles. The four-seat cabin has individual rear seats and eschews most conventional buttons since the vast majority of functions are built into the ultra-widescreen dominating the dashboard.

The Mercedes Vision EQXX concept won’t be going into production, although it foretells a long-range compact EV due to arrive at some point.