After previewing the 2024 Equinox EV and announcing the 2024 Blazer EV, Chevrolet has another surprise in store for us from CES 2022 in Las Vegas. Out of nowhere, the company with the bowtie emblem revealed a sole image depicting the 2024 Silverado EV in the off-road-ready Trail Boss trim level. This will join the previously revealed $105,000 RST First Edition with its potent 664-horsepower setup and the fleet-oriented $39,900 WT.

You can tell it’s the rugged version by the more generous ground clearance in the same vein as the Colorado Trail Boss and Silverado 1500 Trail Boss trucks. Meaty all-terrain tires are also on the menu for the adventurous Silverado EV, and so is additional black plastic body cladding. We can easily observe the pair of tow hooks finished in red, and we’d wager the wheels are smaller than the 24-inch set announced for the RST. 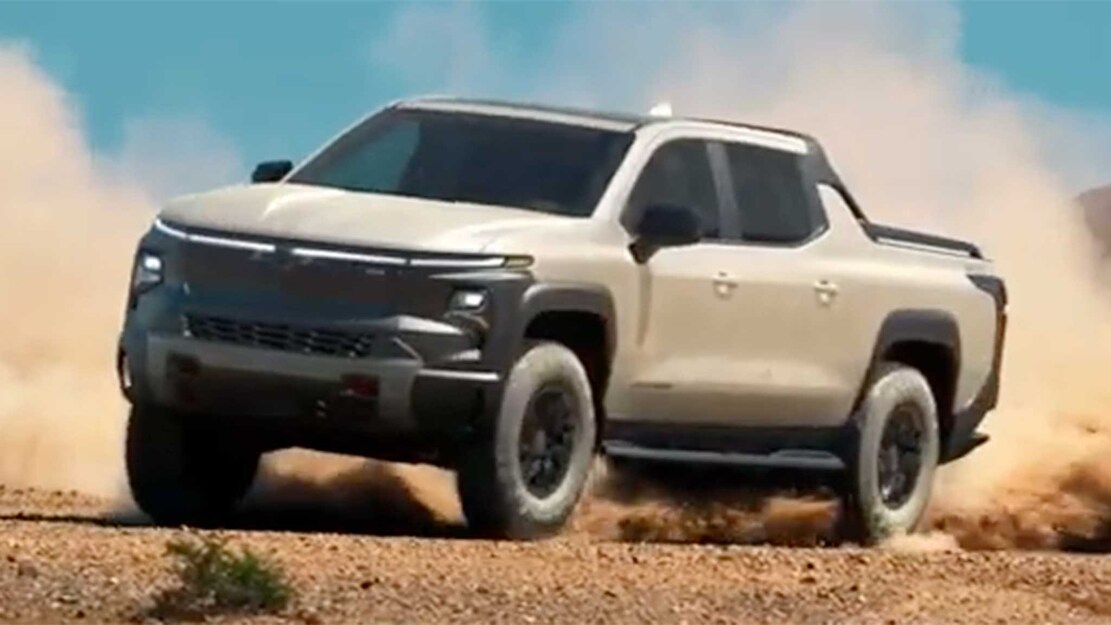 It goes without saying Chevy will fit the Trail Boss with dual electric motors as standard to give the outdoorsy truck an all-wheel-drive setup. Some goodies from the GMC Hummer EV could trickle down to the Silverado EV Trail Boss as we’re expecting locking differentials and perhaps even the Crab Walk mode.

While the regular version will cover up to 400 miles on a single charge, there is a pretty good chance the Trail Boss won’t be able to match that because of its chunkier tires. The RST First Edition and WT will be the first to go on sale in 2023, but the third trim level with its lifted suspension and other mods should not be too far behind.

All things considered, the battle in the electric pickup truck segment is certainly heating up. It seems more and more automakers are expanding their EV offerings to match their ICE lineups. However, Chevy seems a bit too eager to announce new zero-emissions products since these won’t be going on sale until later in 2023.