The Porsche Taycan has been assigned the role of Formula E’s safety car for the upcoming season. The all-electric sedan in Turbo S guise will celebrate its track debut on January 28-29 when the inaugural round is scheduled to take place in Diriyah, Saudi Arabia. It makes perfect sense for a high-performance electric car to lead the pack since the zero-emission car from Zuffenhausen is one of the fastest EVs in the world.

Naturally, the Taycan Turbo S is wearing a special Formula E livery along with roof lights and “22” logos to denote the number of drivers competing this year. The competition is entering its eighth season and Porsche will take its Safety Car all over the world during the 16 rounds planned for 2022: 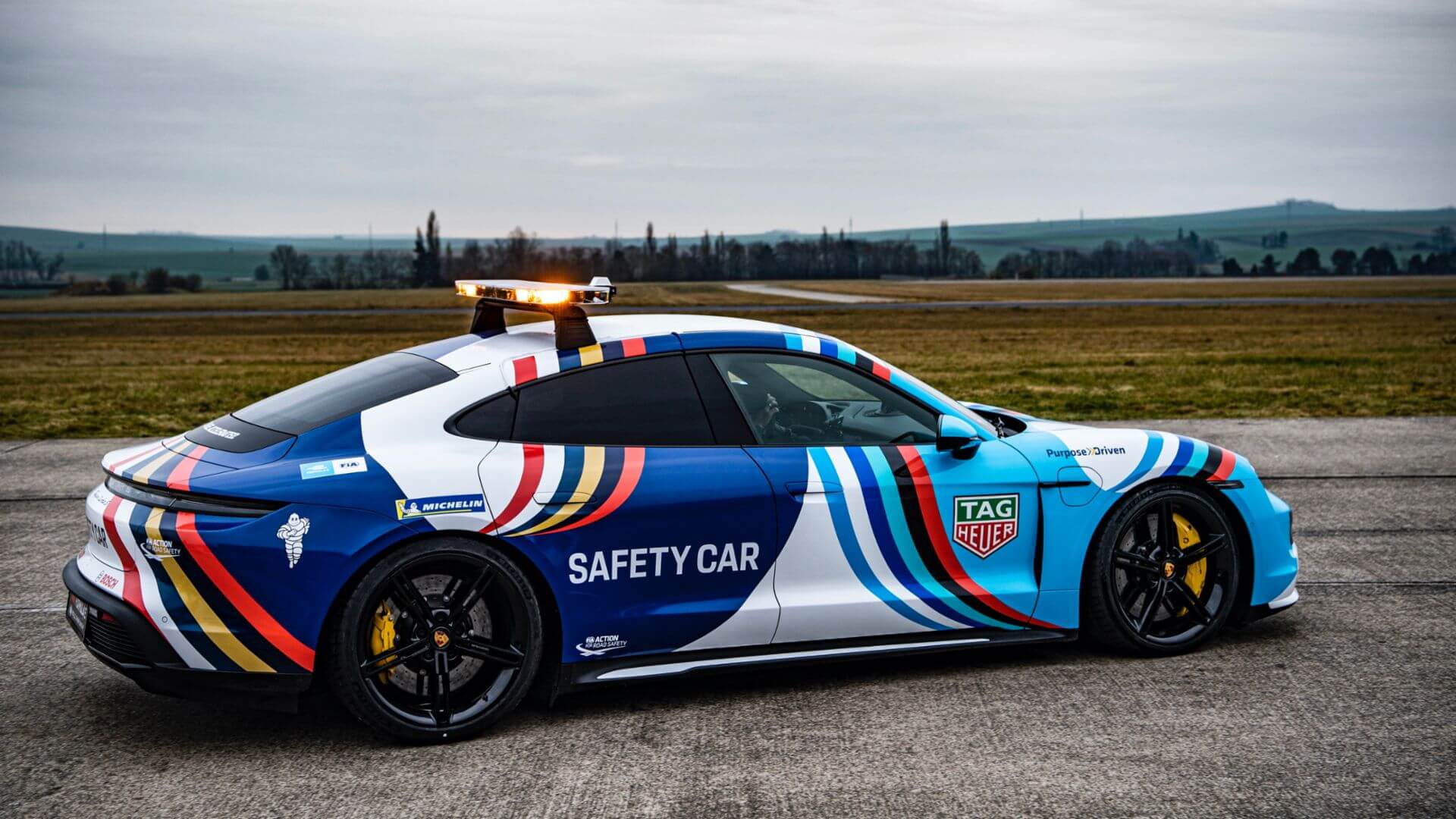 Changes to the car have been inside where the speedy EV was fitted with racing bucket seats featuring six-point seatbelts. In addition, there is a roll cage in the back, along with the wire harnesses necessary to control the extra lights on the outside, including those mounted in the front bumper. The purpose-built Taycan Turbo S comes along with a communication system and a fire extinguisher in case something goes wrong.