It’s the beginning of the end for the NSX as Acura has kicked off production of the final 350 cars. These are being assembled in the Type S specification representing the most powerful car Honda’s luxury division has ever built. The electrified supercar is being put together at the factory in Marysville, Ohio and will be discontinued later this year after the VIN #350 is completed. Meanwhile, we get the opportunity to see the very first vehicle, carrying VIN #001.

Originally unveiled back in August 2021, the NSX’s swan song is limited to 300 units in the United States while the rest will be sold worldwide. The first one built comes in the exclusive Gotham Gray, the first matte paint on an Acura in the US, of which only 69 other cars will wear. Sold out in the US in just 24 hours after its reveal, the hybrid machine was available for $169,500 or $182,500 with the Lightweight Package. 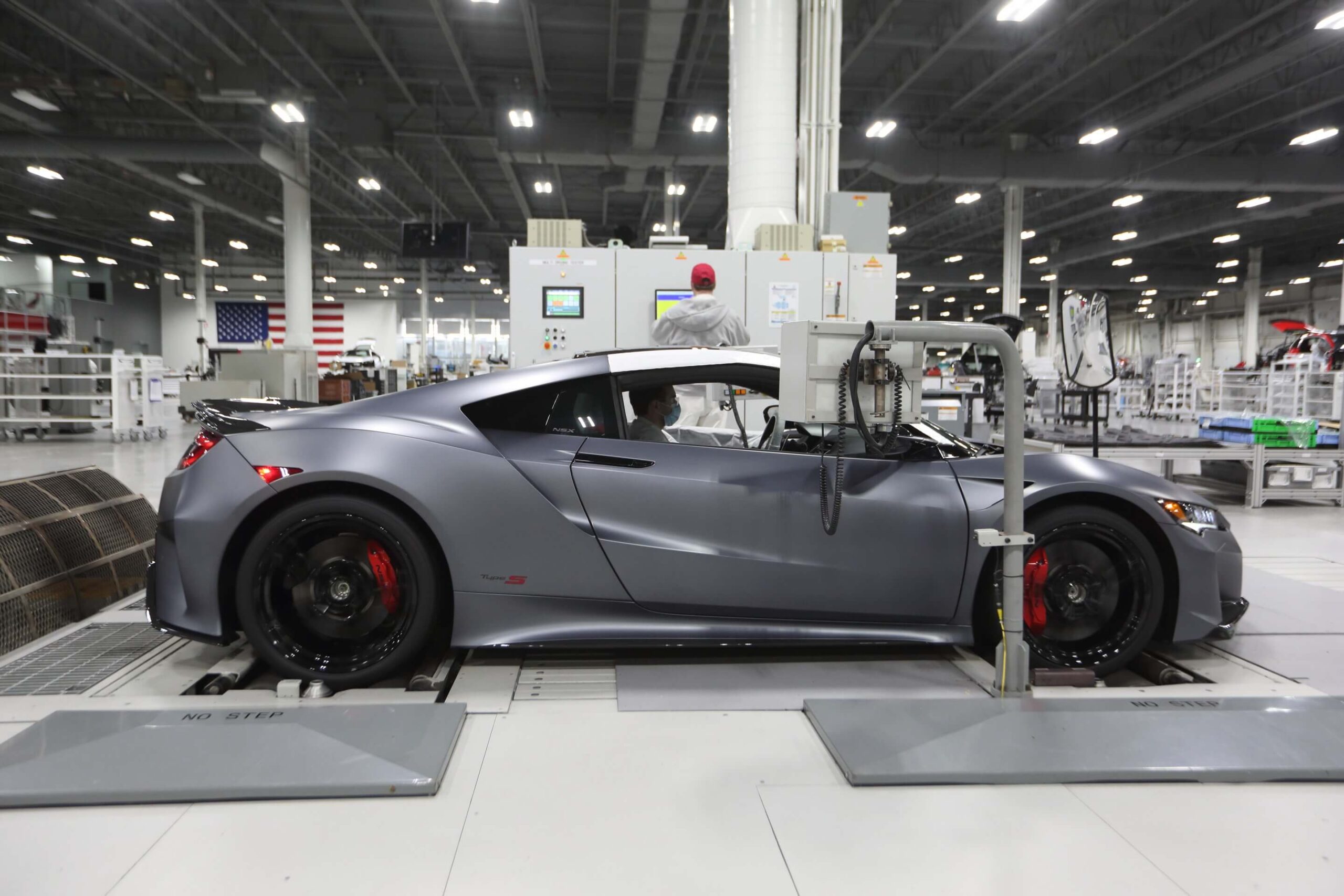 The optional kit added goodies like carbon-ceramic brakes, a carbon-fiber interior trim, and a carbon-fiber engine cover to remove almost 58 pounds (26 kilograms). With or without it, the NSX Type S delivers 600 horsepower and 492 pound-feet of torque from its twin-turbo 3.5-liter V6 engine working together with three electric motors.

Acura’s engineers have recalibrated the all-wheel-drive system and nine-speed, dual-clutch automatic transmission to match the more powerful hybrid system. In addition, the combustion engine’s two turbos come from the NSX GT3 Evo race car while the battery pack’s useable capacity has been boosted by 20%. With more juice, the electric range should be slightly higher than before. 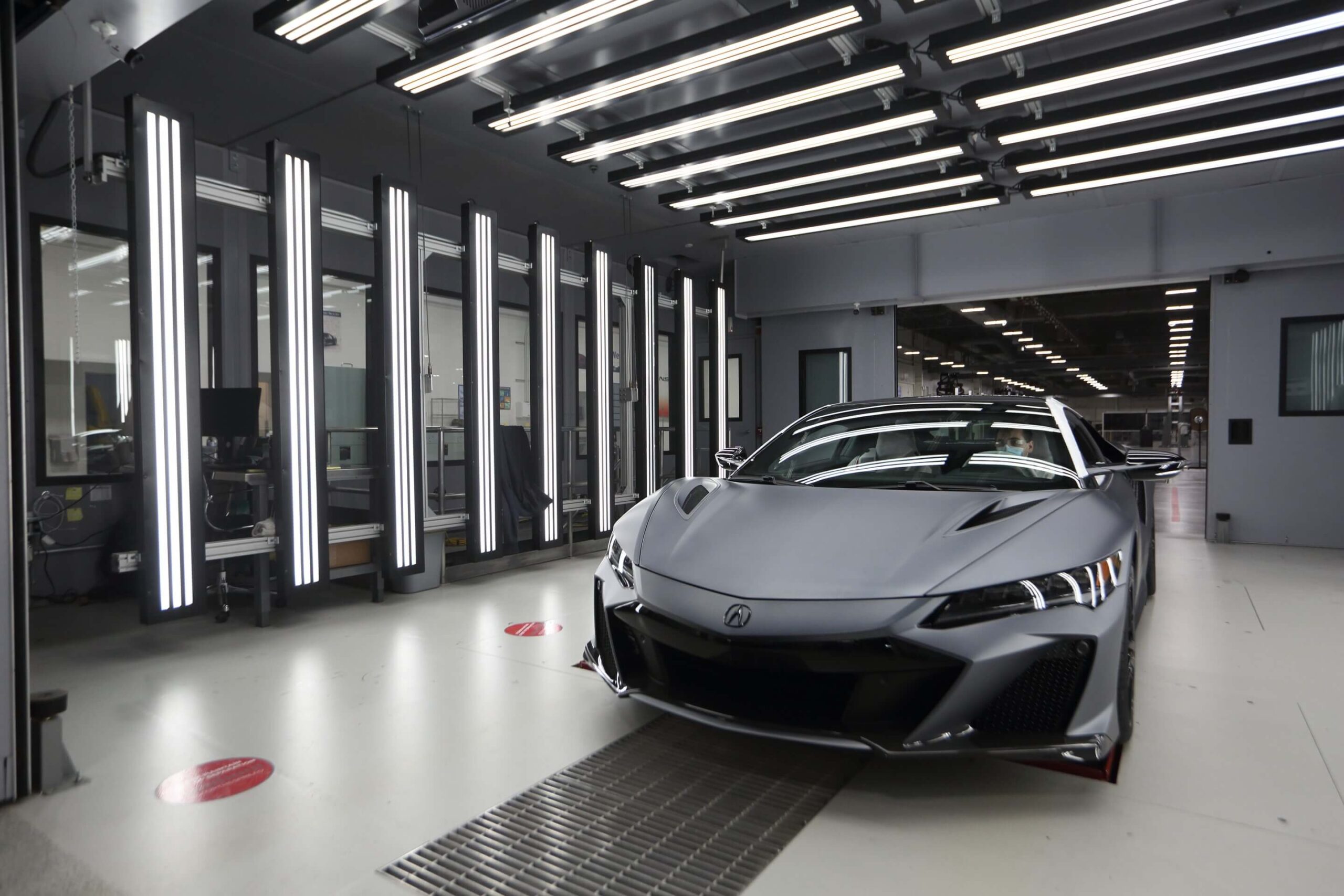 The hand-assembled NSX Type S gets unique five-spoke wheels measuring 20 inches and wrapped around in bespoke Pirelli P Zero tires. Compared to the regular model, the tracks have been widened at both front and rear axles where there are six- and four-piston Brembo brakes with red calipers, respectively.

These changes have allowed Acura to shave off two seconds from the lap time around Suzuka compared to the standard NSX. The gearshifts are 50% quicker than before and there’s a new Rapid Downshift mode, plus aero tweaks derived from the GT3-spec race car. The carbon-fiber roof comes standard, as does the aero kit for more downforce.

Acura has already hinted the NSX could return one day, and if it will, the supercar is likely going to be a pure EV. 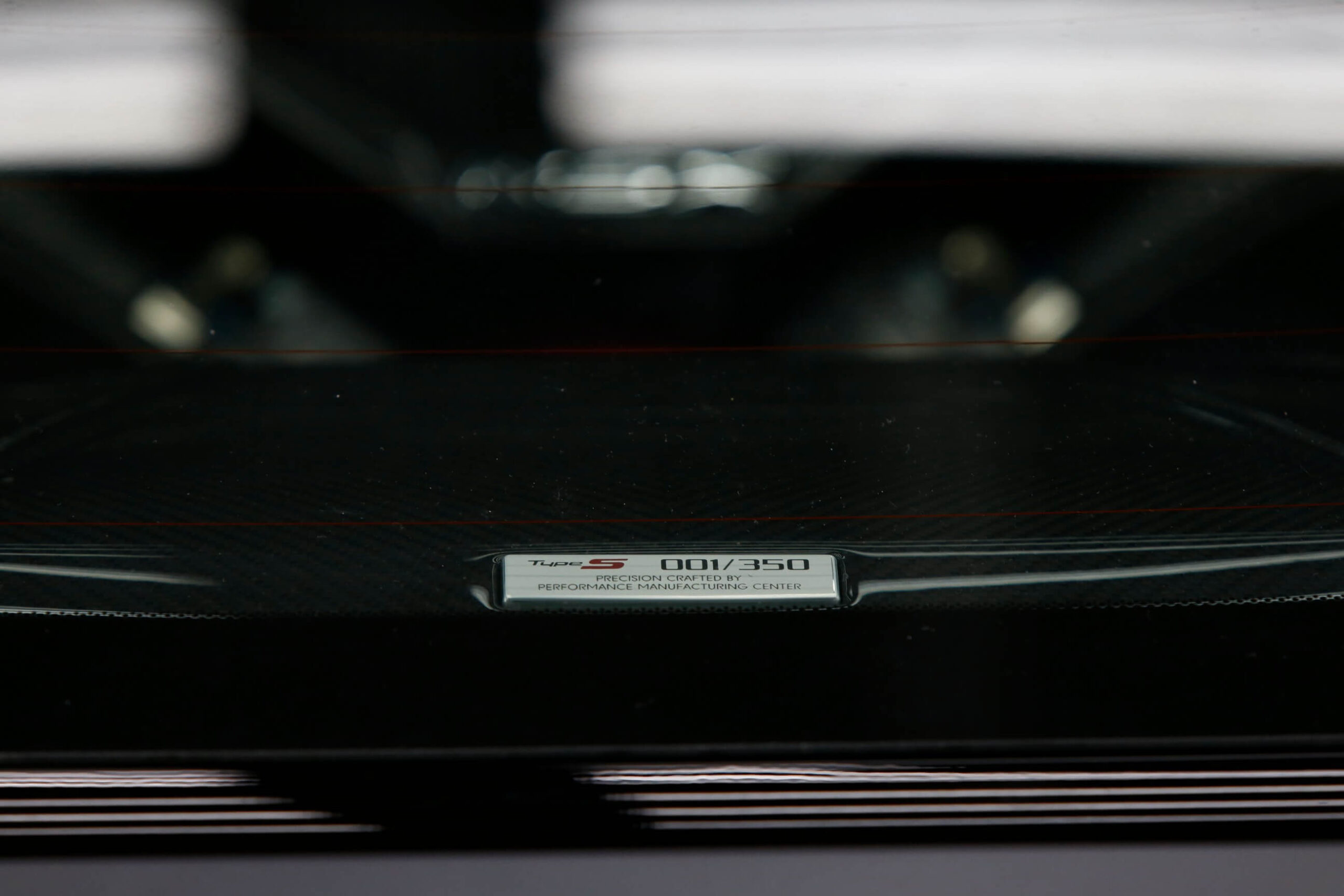