2021 was the year when Hyundai unveiled the Ioniq 5 in production form and the Ioniq 7 as a concept. 2022 will bring us the road-going Ioniq 6 as a follow-up to the gorgeous Prophecy concept pictured here. Ahead of its official reveal in the coming months, yet-to-be-confirmed technical specifications have emerged, but take them with a proverbial pinch of salt. 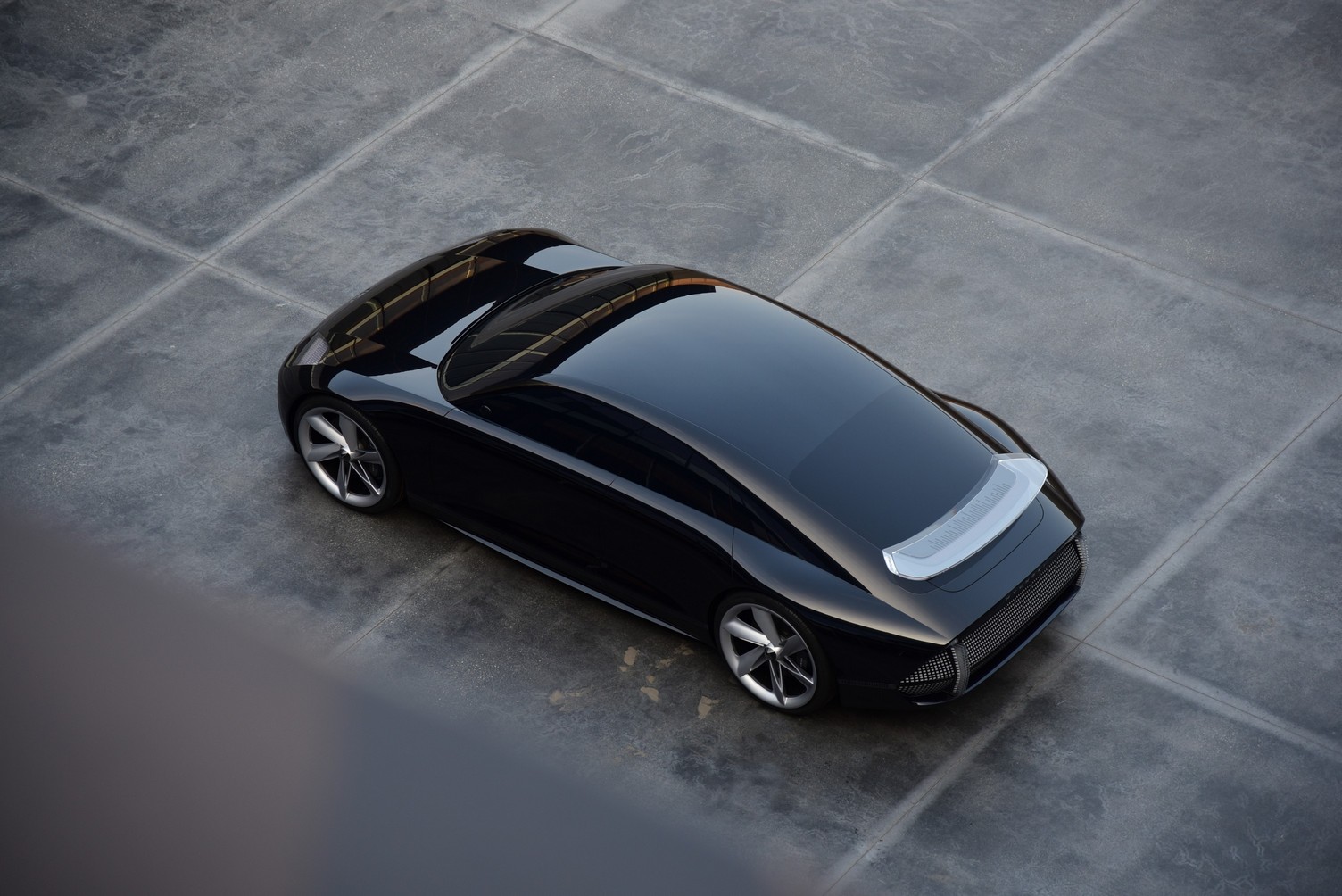 According to previous reports, Hyundai pushed back the Ioniq 6 by three months to modify the design and stretch the car by 20 mm (0.8 in). It is believed both front and rear bumpers have been resculpted in a bid to boost the vehicle’s maximum range. For the same reason, the battery has apparently been bumped to a 77.4-kWh capacity to unlock extra range.

If the reports are to be believed, production will commence at the company’s Asan factory in South Korea this July. At launch, the range-topping version is said to have a little over 300 horsepower and all-wheel drive. It will be the fourth model to ride on the E-GMP platform, after the Ioniq 5, Kia EV6, and the Genesis GV60.

As with the Tesla Model 3 rival, we’re expecting to have a sedan body style instead of a more practical liftback like the BMW i4. The electric sedan should have a better range than the Ioniq 5 thanks to a lower, sleeker shape, but that remains to be seen. Much like the EVs we mentioned, the Ioniq 6 should be a truly global model following its initial rollout at home in Korea in the latter half of 2022.