With the Pacifica Hybrid, Chrysler has taken shy steps towards electrification. The minivan is in a bit of a pickle right now since parent company Stellantis has announced a major recall. Precisely 19,808 plug-in hybrid family haulers from the model years 2017 and 2018 will have to visit the shop to eliminate a potential fire risk.

The recall comes as a consequence of 12 fiery incidents discovered by Chrysler following an internal investigation. These minivans were from the two model years and all of them were parked, with six being plugged in to charge their battery packs. The North American automaker mentions it has not found a solution to the problem just yet. When that happens, owners of recalled cars will have their minivans fixed for free.

Based on the document provided by Stellantis, an estimated 16,741 cars are being recalled in the United States, along with 2,317 in Canada, and the remaining 750 outside of North America. Automotive News notes the Chrysler Pacifica plug-in hybrid minivans are equipped with batteries provided by supplier LG Chem. 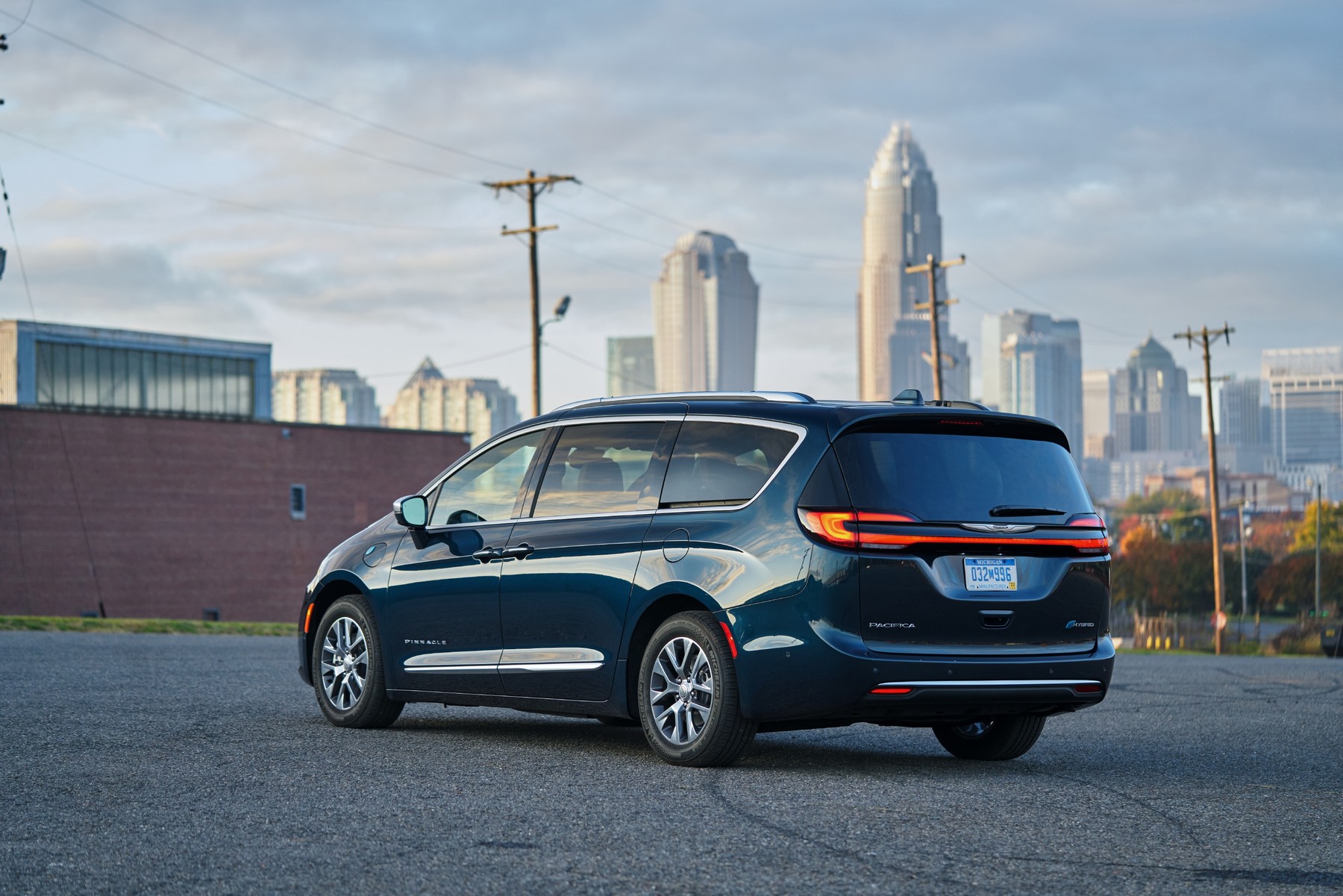 Looking ahead, Chrysler has pledged to launch its first-ever EV in 2025 and abandon sales of cars with combustion engines by 2028. Three crossovers are believed to be in the works, kicking off with an EV loosely derived from the Airflow. A bigger three-row variant is rumored to be on the agenda, followed by what could be a larger SUV or perhaps a minivan.

All these models will ride on dedicated electric architectures developed by Stellantis, with the road-going Airflow expected to take on the Volkswagen ID.4, Tesla Model Y, and Ford Mustang Mach-E. Meanwhile, the Pacifica aka “America’s only plug-in hybrid minivan” is expected to soldier on. The PHEV model has been rated by EPA at 32 miles of purely electric range and with a fuel economy of 82 MPGe in the combined cycle.

Previous articleToyota EVs Might Come With A Manual Gearbox, According To Patent
Next articleBMW i4 vs Polestar 2 vs Tesla Model 3 – Which one is the better EV?