After a lengthy teaser campaign that started during the ID.4 GTX’s official reveal in late April, Volkswagen is finally taking the wraps off the ID.5 coupe-SUV together with its performance-oriented GTX sibling. While the conventionally styled electric vehicle has a 0.28 drag coefficient (0.29 for GTX), its swoopy sibling is much sleeker, achieving a Cd of only 0.26 for the regular models and 0.28 for the spicy GTX.

Needless to say, it’s far from being a real coupe since we are still dealing with a vehicle carrying rear doors that also happens to be an SUV twinned with the Audi Q4 Sportback E-Tron. Nevertheless, it does look slightly more exciting than the ID.4 and we’re hoping this design language will one day be adapted for a genuine two-door sports car in an authentic coupe format.

Volkswagen will sell its latest electric vehicle based on the MEB platform in three distinct flavors: ID.5 Pro, ID.5 Pro Performance, and the flagship ID.5 GTX. The base model gets a single electric motor with 174 horsepower (128 kilowatts) sent to the rear wheels to enable a 0 to 62 mph (100 km/h) run in 10.4 seconds en route to a top speed of 99.5 mph (160 km/h). 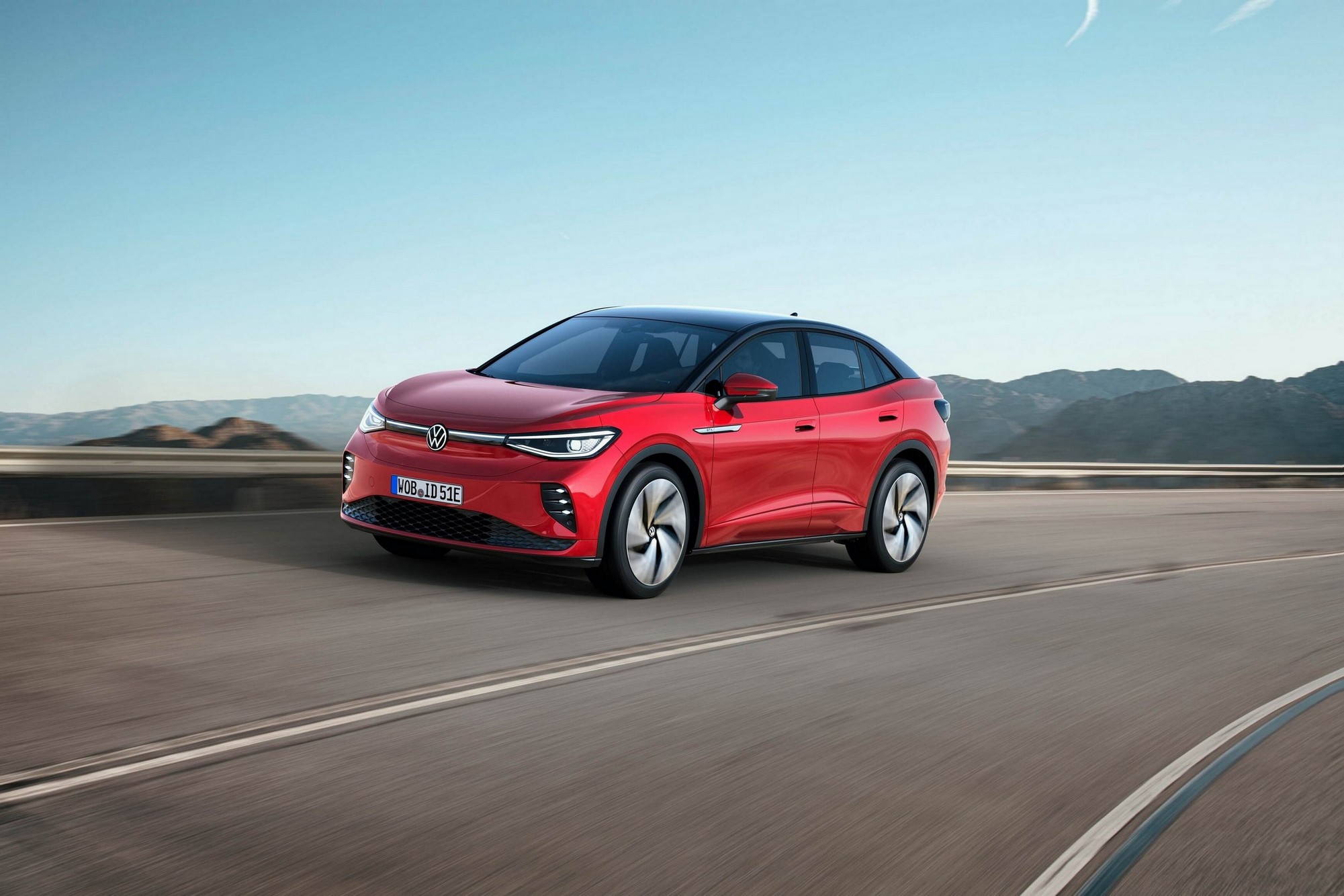 As for the crown jewel of the lineup, the ID.5 GTX gets a dual-motor, AWD setup with a combined output of 299 hp (220 kW). Adding an electric motor at the front axle has lowered the sprint time furthermore, now taking just 6.3 seconds. Not only that, but the top speed has increased to 112 mph (180 km/h).

Regardless of the one you go for, all three versions of the Volkswagen ID.5 come with a lithium-ion battery pack featuring a capacity of 77 kWh. Both rear-wheel-drive configurations of the Skoda Enyaq Coupe iV sister model have enough juice for up to 323 miles (520 kilometers) in the WLTP cycle. Upgrading to the hotter GTX will come with a range penalty since the dual-motor variant is heavier, which is why the battery will be good for only 298 miles (480 kilometers). 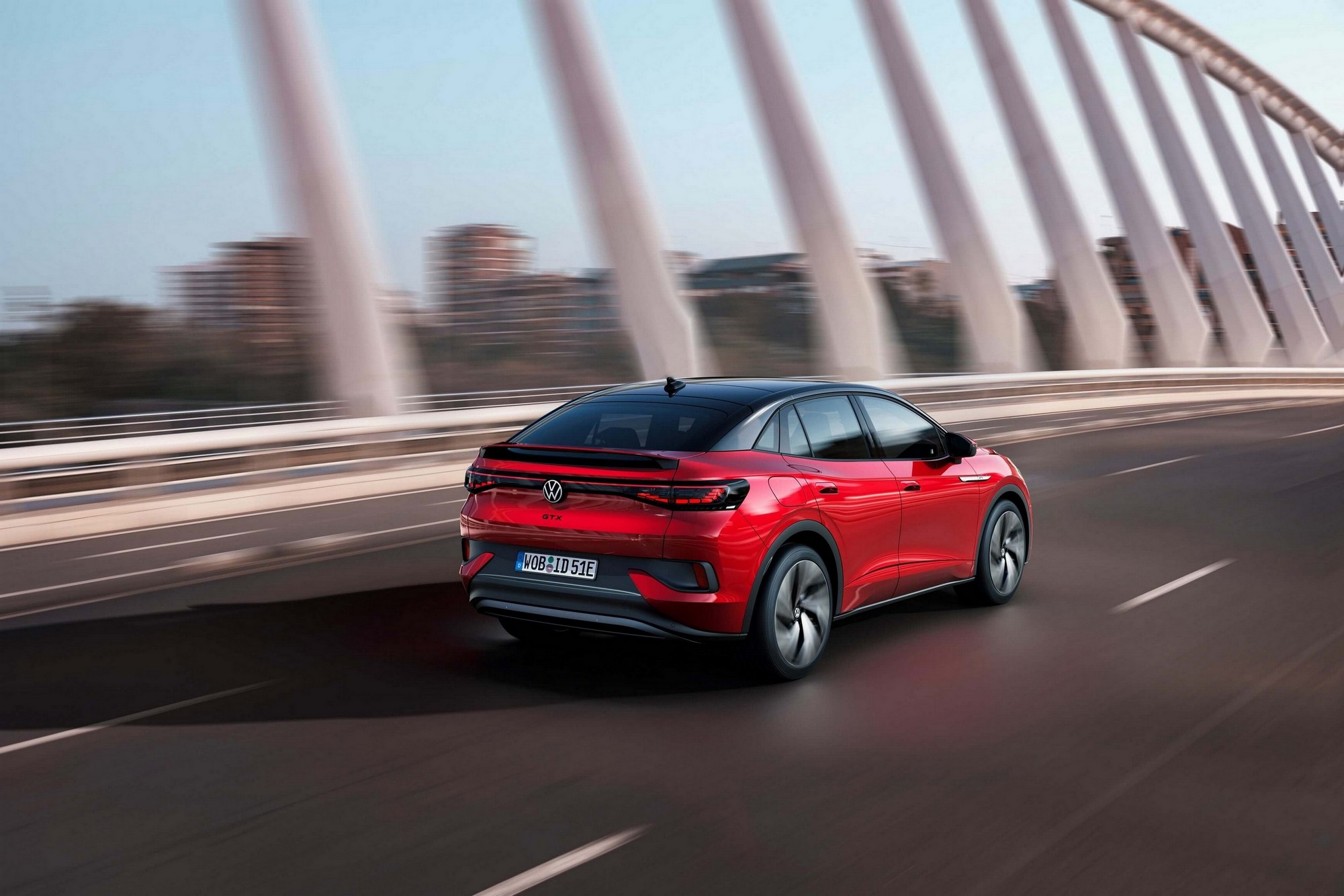 Once the battery is depleted, it can be charged at up to 135 kW, in which case juicing up the battery for half an hour will result in 242 miles (390 kilometers) of range for the ID.5 models and 199 miles (320 kilometers) for the ID.5 GTX. The Wolfsburg marque is happy to report the zero-emissions stylish SUV will feature support for bi-directional charging, allowing owners to power external devices using the energy stored in the battery pack.

There’s not much to say about the interior as it has been virtually carried over from the ID.4 and ID.5 GTX. You get the same 5.3-inch driver’s display accompanied by a 12-inch touchscreen for the infotainment system with support for over-the-air updates. At an additional cost, the EVs will be sold with a head-up display featuring augmented reality tech similar to what you’ll find in luxury cars such as the latest Mercedes S-Class and the electric EQS.

You will be forgiven for thinking the ID.5 is less practical than the ID.4 because of its coupe-esque roofline, but that’s actually not the case. VW says the cargo capacity is 549 liters, which is slightly more than what the regular model offers. Fold down the rear seats and the volume grows to 1,561 liters provided you load the SUV up to roof height. 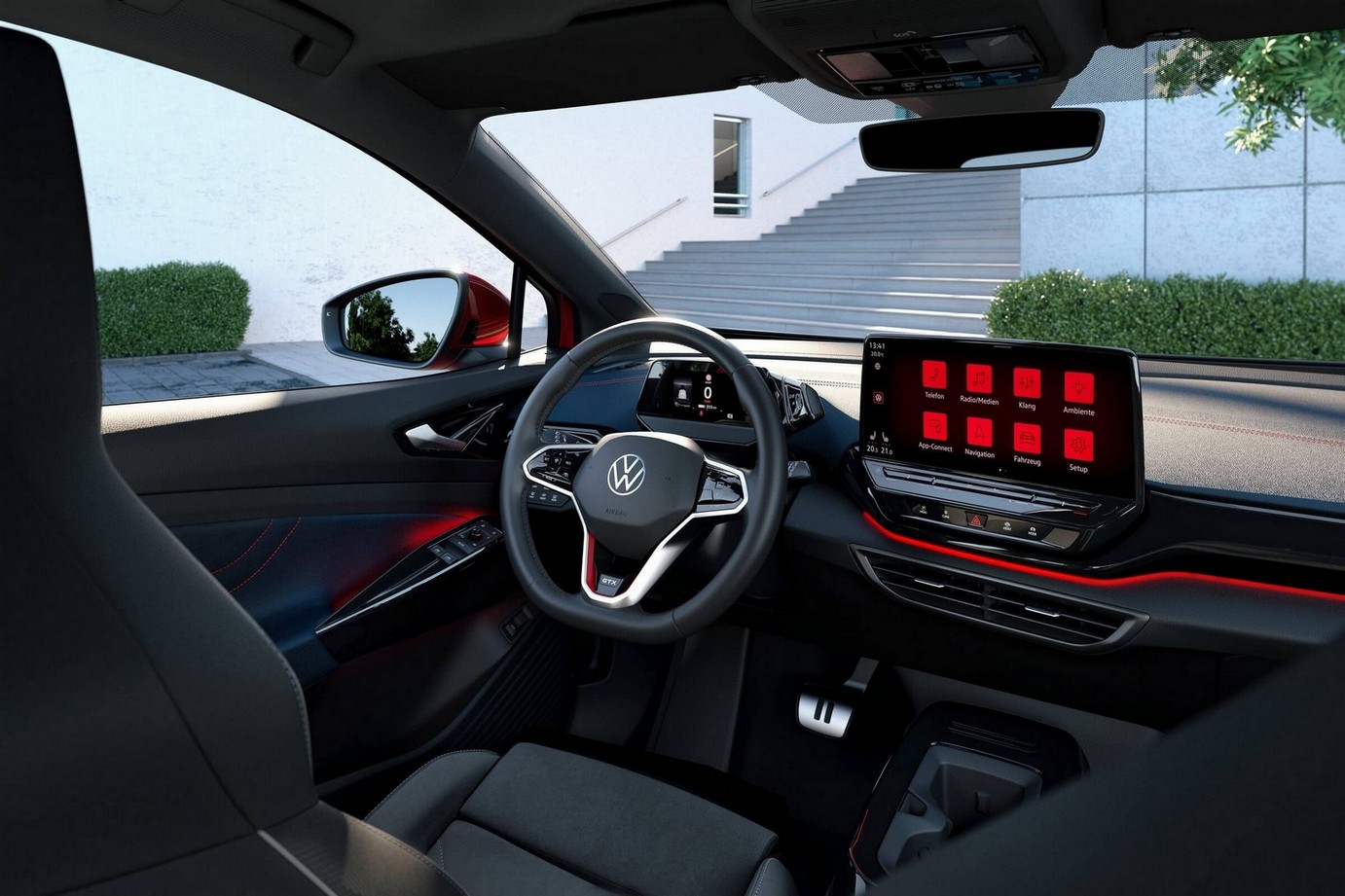 Paying for the premium that comes with buying the GTX will get you an assortment of red accents throughout the interior as a nod to the classic red upgrades available in the traditional GTI models VW has been selling for decades with gasoline engines. In the company’s vision, GTX is seen as the GTI of the future considering the days of the internal combustion engine are numbered. The company intends to become net carbon neutral by the middle of the century at the latest.

Getting there will require a veritable EV onslaught, which will continue in 2022 with the hotly anticipated production version of the ID. Buzz. The ID. Space Vizzion is also evolving into a production model seen as a future replacement for the midsize Passat sedan and wagon. VW is already selling a three-row ID.6 electric SUV in China, but plans are already in motion for an even larger ID.8 due to arrive later this decade along with the flagship Trinity sedan.