Ram has been teasing a battery-powered 1500 for over a year now even though the production model won’t arrive until 2024. In the meanwhile, parent company Stellantis has decided to preview the electric truck once again, this time during a conference outlining its long-term strategic plan. The shadowy silhouette comes along with some bold promises made by CEO Carlos Tavares:

“According to our internal performance index, our Ram 1500 will outperform all competitors on the attributes customers care most about: range, towing, payload, charge time. Really thrilling! No doubt we will bring the best electric truck to the market.” He went on to reiterate the Chevrolet Silverado EV and Ford F-150 Lightning competitor will sit on the STLA Frame architecture, which is being specifically developed for fullsize electric trucks and SUVs. 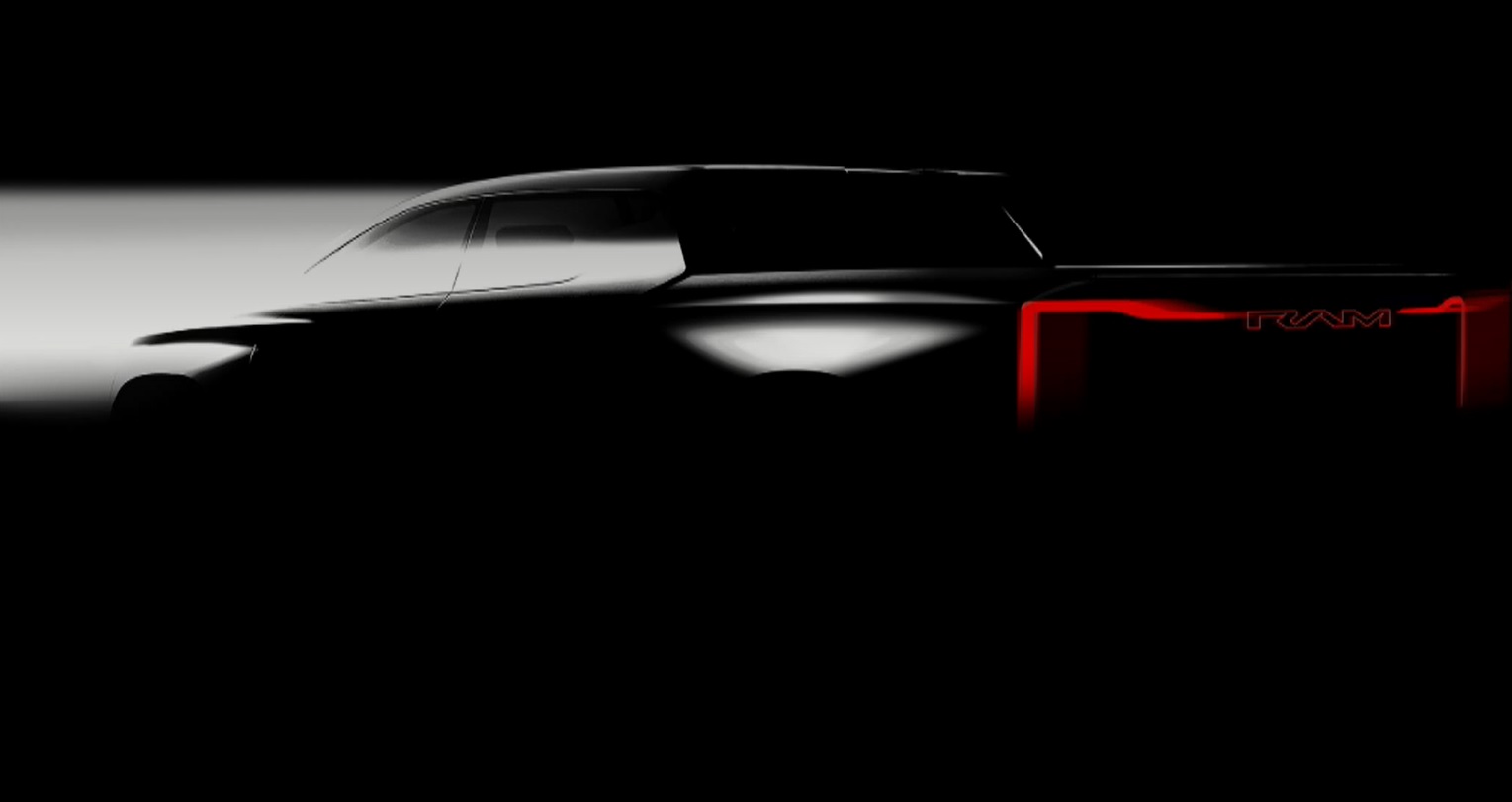 A recent report states the Ram 1500 won’t be sold only as a pure EV as the engineers are also planning to install a combustion engine. It’s unclear whether it will be a hybrid in the traditional sense of the word, but we do know the ICE will work as a range extender. We’ll have to wait and see whether the gas engine will drive the wheel or its role will be strictly to recharge the battery on the go.

The STLA Frame platform is being conceived to accommodate huge battery packs with a capacity of more than 200 kWh. Ram has touted an impressive range of 500 miles (805 kilometers), but that figure will greatly vary depending on how much towing you’ll be doing. It’s going to have four-wheel drive, so there will be one electric motor at the front and another at the rear.

When it does eventually arrive, the Ram 1500 BEV (name not final) will also fight the Rivian R1T and the GMC Hummer EV, plus the Tesla Cybertruck provided it won’t be delayed again.

Previous articleElectric Jeep SUV Teased For The First Time, Launching Early 2023
Next articleStellantis: EVs To Account For 100% Sales In Europe, 50% In US By 2030