Stellantis organized a conference today to outline its long-term strategic plan and how it plans to embrace electrification in the years to come. By far the most important tidbit was the first official image of the Jeep EV, seen here in all of its boxy glory. The two-tone little crossover has “hidden” rear door handles à la Alfa Romeo and boasts split headlights with an upper LED strip for the daytime running lights.

Jeep didn’t go into any details about its new product, but it’s widely believed the unnamed model will slot below the Renegade to effectively serve as the company’s smallest vehicle. We do know the crossover is scheduled to hit the market early next year, which matches a recent report from Automotive News Europe about production starting in Q4 2022. 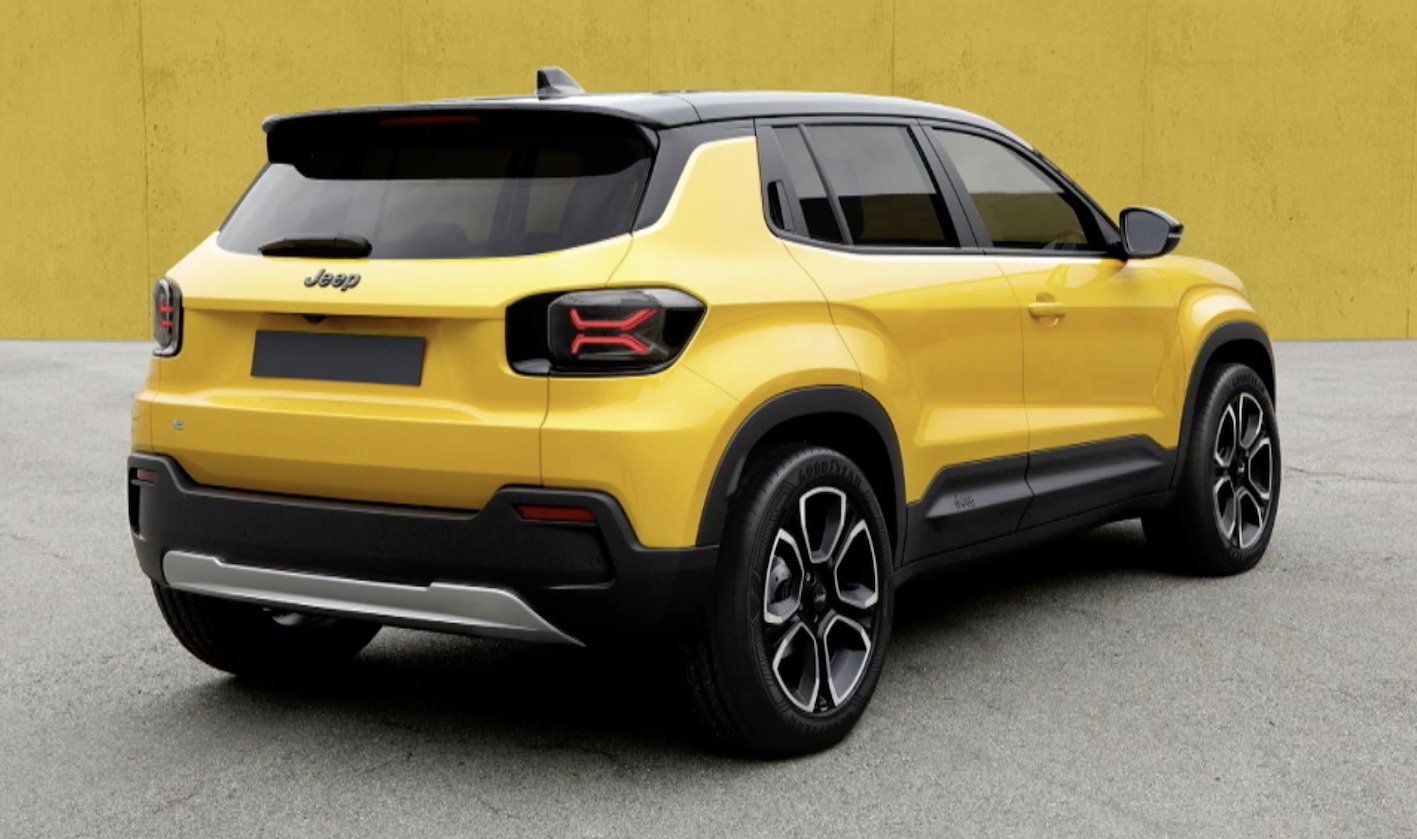 It is believed the Jeep EV will ride on the same CMP platform as the Peugeot e-2008 and Opel Mokka-e, two electric crossovers already being sold in Europe.  An equivalent Fiat is said to be in the works as well, along with an Alfa Romeo model believed to be dubbed Brennero. Codenamed “Project 516,” Jeep’s version will initially hit the assembly line in November with a gasoline engine as the EV will follow in February 2023. Come January 2024, a mild-hybrid derivative is expected to join the lineup.

Being a Jeep, logic tells us the purely electric model is going to have all-wheel drive, which consequently means it’ll feature dual motors. As for the battery, both the Peugeot e-2008 and Opel Mokka-e share a 50-kWh pack with a usable capacity of 46.2 kWh. The two crossovers are also available as hatchbacks as the e-208 and Corsa-e, respectively.

The Jeep EV will allegedly use batteries from Chinese company CATL, but that will change in July 2023 when BYD will take over as the supplier. Expect the model to break cover before the end of this year in both gasoline and electric flavors.