BMW i7 M70 Might Deliver 700 Horsepower from Quad Motors

According to a new report, the BMW i7 M70 will become BMW’s most powerful 7 Series with at least 700 horsepower, from its all-electric powertrain. As for the actual powertrain/battery, there aren’t any details but it’s entirely possible that it gets the same powertrain as the upcoming Rolls-Royce Spectre. From what we understand, the Spectre is going to use a quad-motor setup, with an electric motor powering each individual wheel.

Not only would that give the BMW i7 M70 immense power, it would also give it real-time, individual wheel torque vectoring. Such torque vectoring would provide the absolute best performance possible, both in a straight line and through corners, while also improving its traction in bad weather. 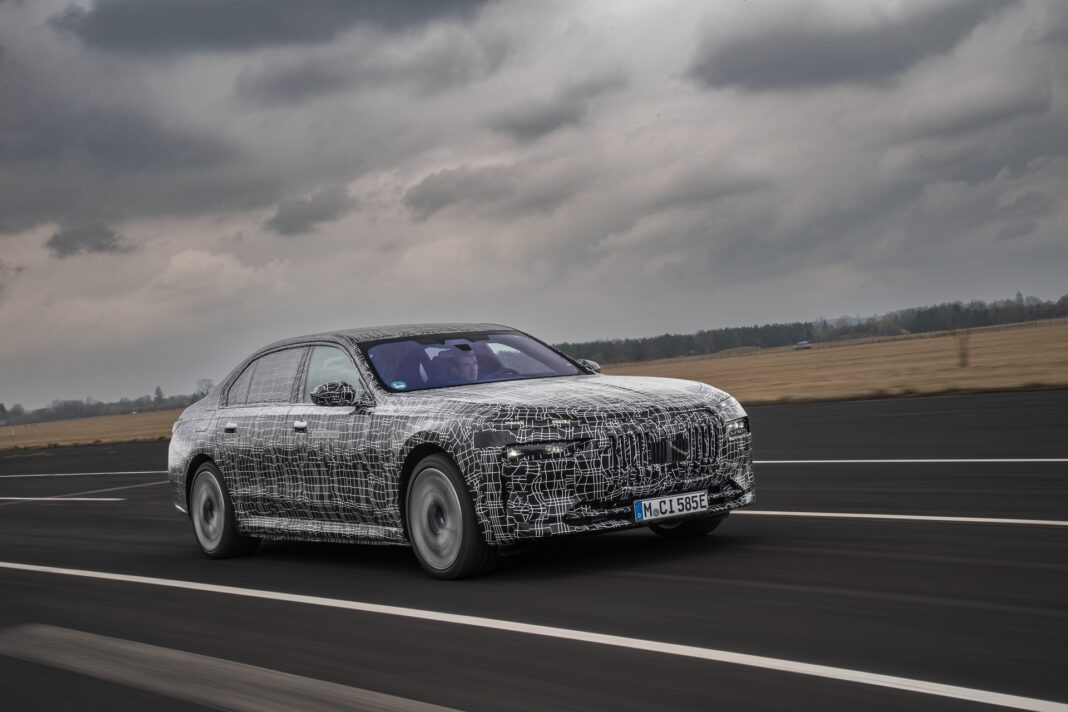 Though, it does seem doubtful that the BMW i7 M70 would use the same powertrain as the Rolls-Royce Spectre. All new Rolls models use their own engine — a 6.75 liter twin-turbocharged V12 — and the British brand was adamant about not using a BMW engine, so as to distinguish itself from the Bavarian brand. Which makes us wonder if Rolls would prefer to keep its powertrain unique from BMW. Of course, if the BMW Group were to decided otherwise, and give the i7 M70 the Spectre’s powertrain, that’s what’s gonna happen. However, it’d make sense to allow the Rolls to have the most powerful, most advanced electric powertrain under the BMW Group umbrella.

If it does happen, though, and the BMW i7 M70 does get a quad-motor, 700 horsepower electric powertrain, it will be one of the most powerful vehicles in the history of the brand (only the BMW XM will have more, with 750 horses). BMW won’t be making a proper M7 but an i7 M70 would be close enough.