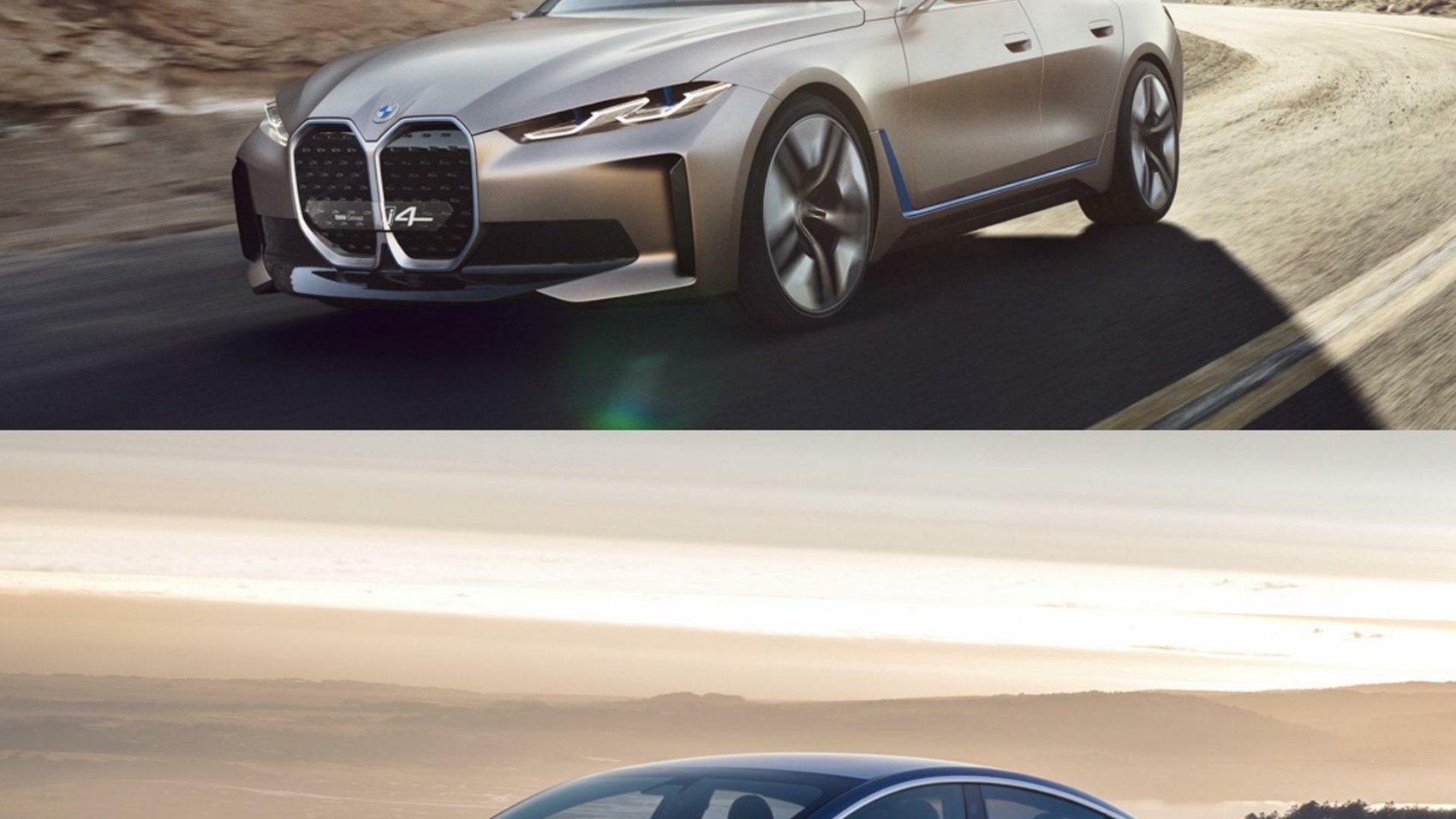 Now that the BMW i4 Concept is here, it’s time to compare it to its main competitor — the Tesla Model 3 Performance. Of course, this is purely a visual comparison to determine which one looks best. To outline their designs, we used a mix of regular Model 3 and Performance photos. 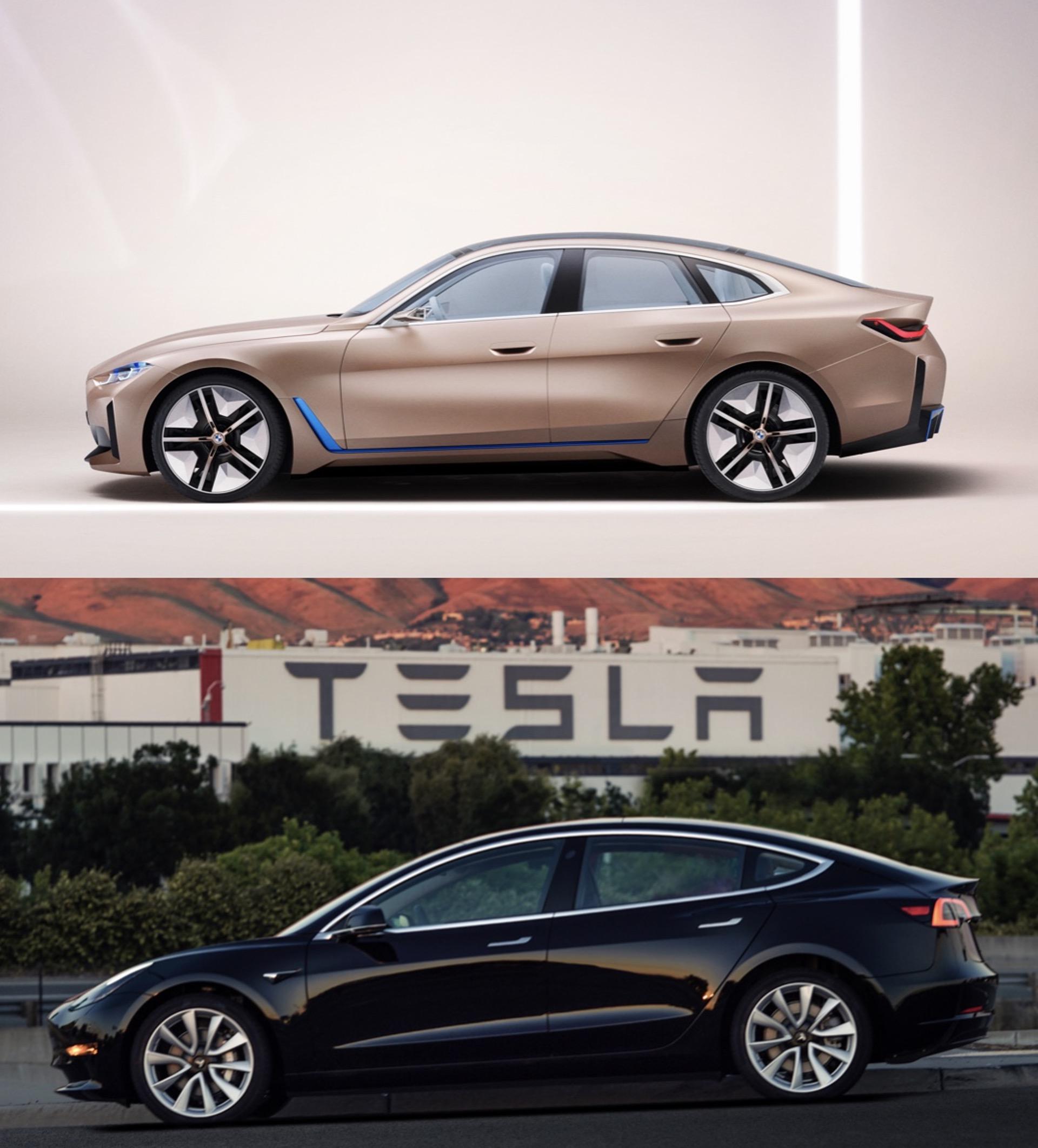 It’s clear which of these two cars is the more interesting, exciting looking car — the BMW i4 Concept. I’m not saying it’s necessarily better looking, as it’s certainly quite funky. However, it’s the more interesting looking car for sure. The Tesla Model 3 has always had more of a simple, vanilla design. In fact, the most interesting part of its design is on top of the car, where you can’t see it; its glass roof. Aside from that, it’s about as bland as cars get. I’m also not saying the Model 3 is bad looking because it isn’t. It’s just boring.

In that regard, these two cars are the antithesis of each other. The Model 3 is just a bar of soap while the BMW i4 Concept is heavily sculpted, has muscular haunches and big, bold features. The i4 Concept has those two monster grilles while the Model 3 lacks a grille altogether. 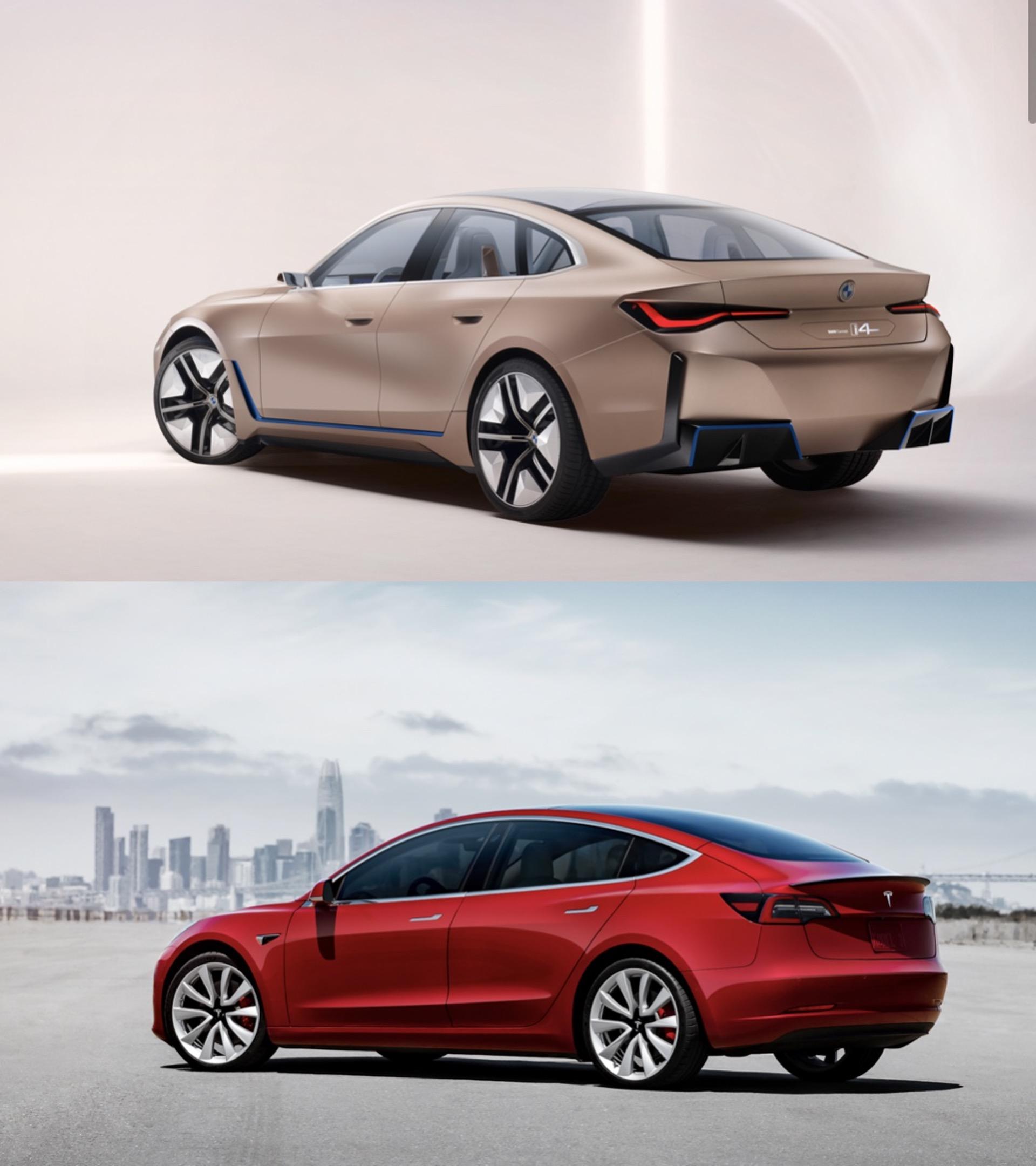 On the inside, that same sentiment remains. The Model 3 doesn’t have a bad looking interior because it doesn’t really have much of an interior to speak of. There’s a giant screen, a steering wheel and some seats. That’s about it. At the same time, the BMW i4 Concept looks more futuristics and premium.

If we had to choose, based purely on style, we’d go for the BMW i4 Concept. It’s an insane looking car, the i4, but I’d take insane over completely lifeless any day. Again, the Model 3 isn’t a bad looking car; there’s nothing objectively wrong with it; it’s just not that exciting overall. 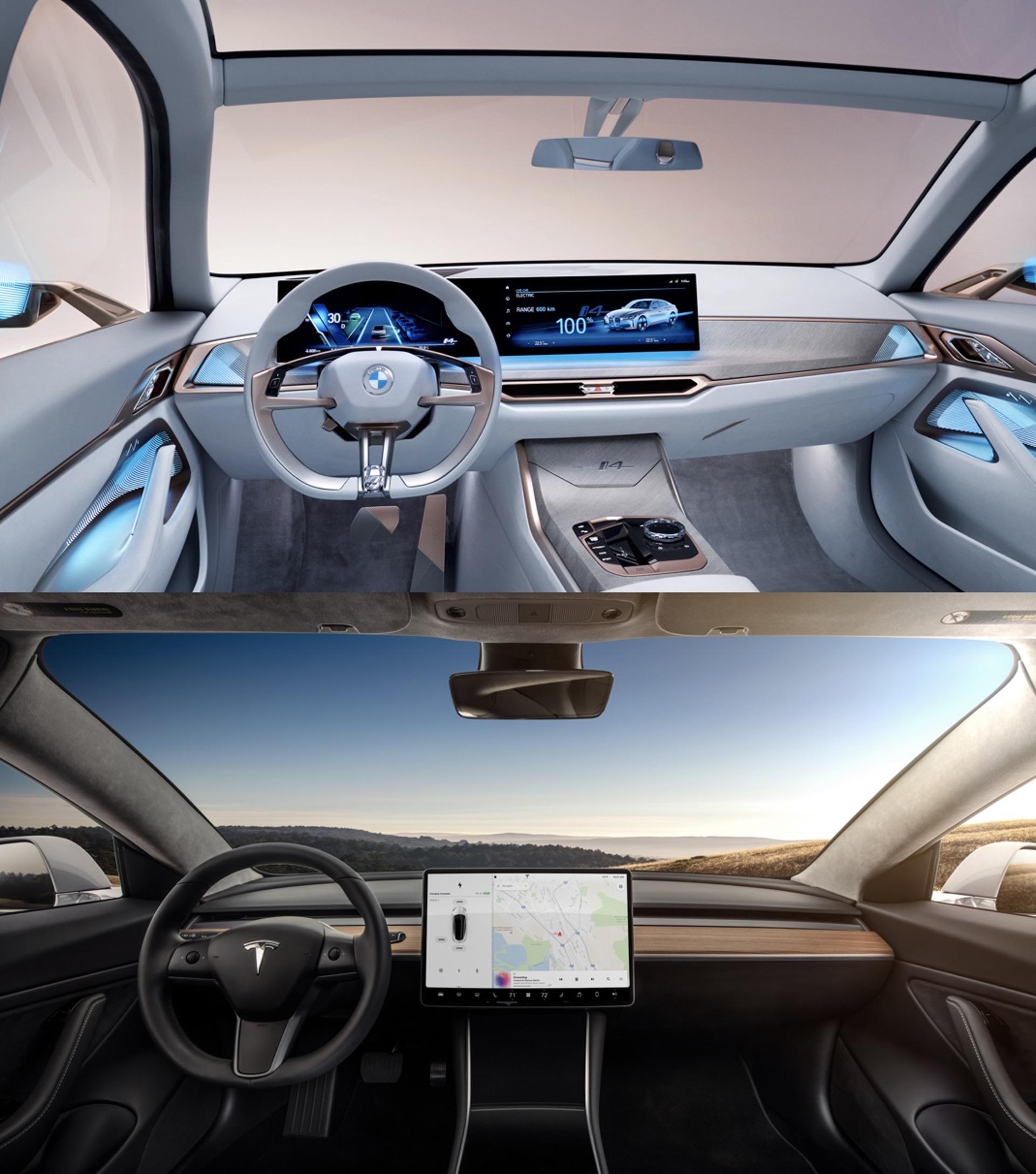 Of course, the real comparison comes from a test drive so we’re hoping to do that sometimes next year. 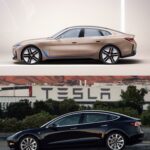 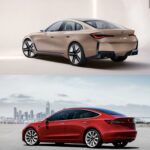 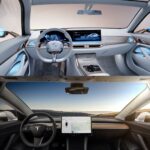 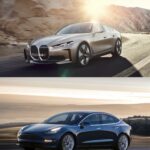