Now that the Audi Q4 Sportback e-tron Concept has been revealed, along with more traditionally-shaped sibling, it’s just the latest in a long line of electric crossovers from premium brands. When the Q4 e-tron finally hits the road as a production car, it will join the ranks of the Mercedes-Benz EQC, Tesla Model Y and this — the BMW iX3. So we thought we’d do a bit of a comparison between both cars’ styling to see which is better.

It’s worth noting, before we start, that both of these cars are concepts and not final production-ready designs. Having said that, both cars’ designs are very close to production-ready and should represent their final designs well enough for this comparison to make sense. 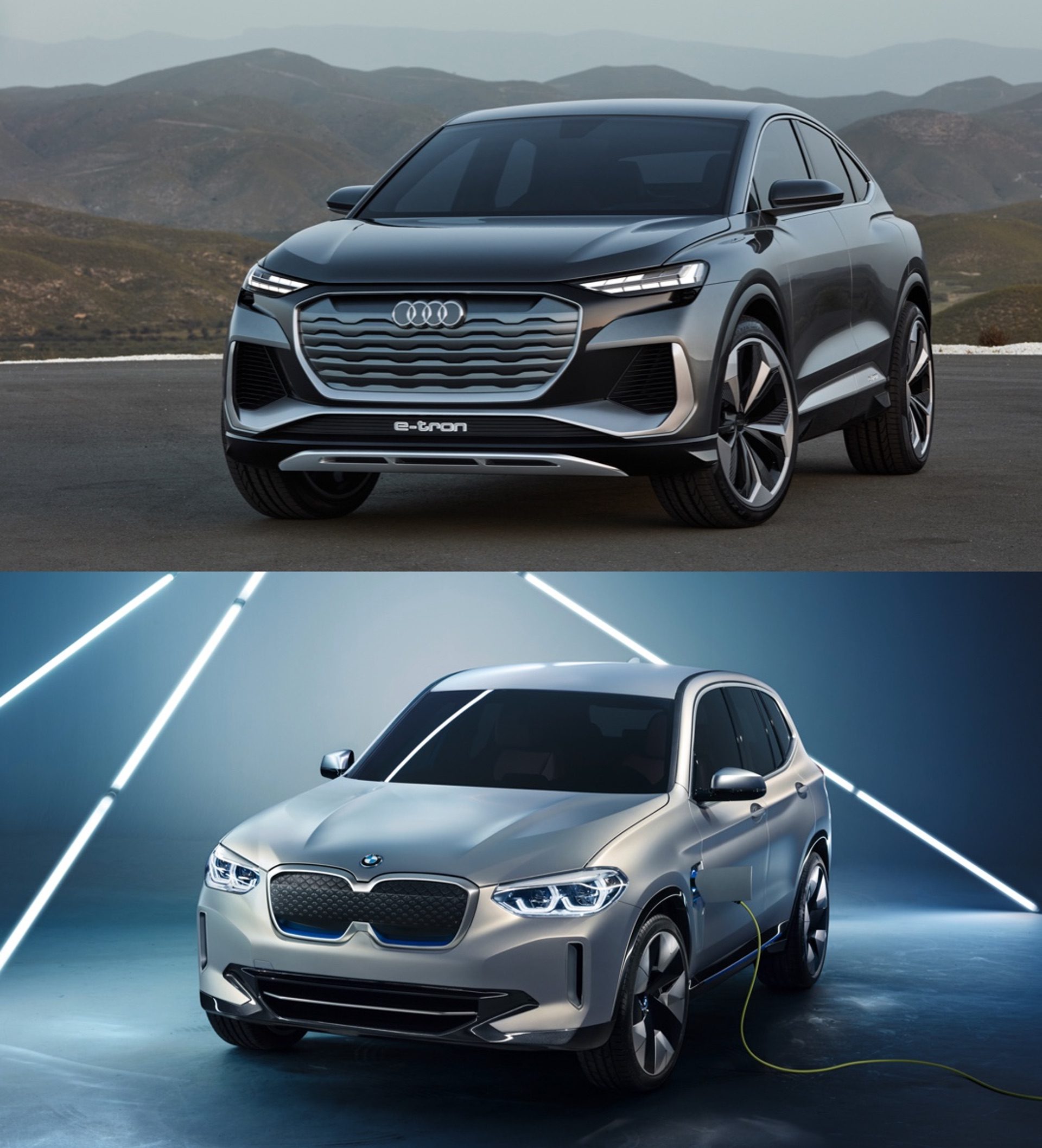 What’s interesting about this test is that, while both cars certainly have their brands’ design languages, the Q4 e-tron is an entirely new product, while the iX3 is based on a current BMW X3. So the Bimmer looks extremely familiar.

From the front, both cars wear their brands’ signature grilles but as electrified versions. So both grilles are closed off, as electric cars don’t need as much cooling. However, we do see a front vent at the top of the Audi’s grille, so there’s a bit more function there. 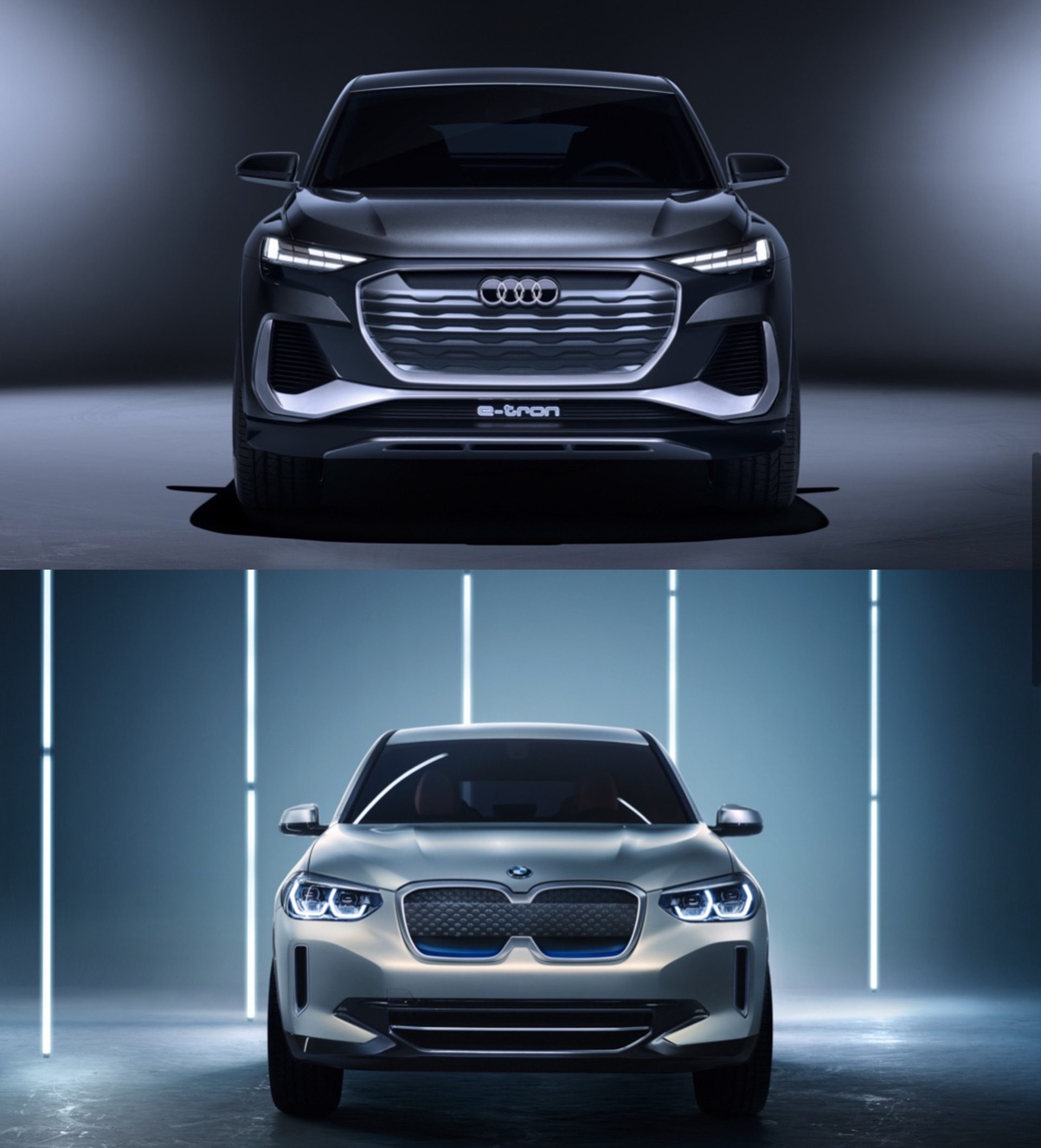 Also, the BMW iX3’s headlights are exactly the same as they are on the standard X3, while the Audi’s are all-new. Of course, that can change by the time production rolls around but these are both concept cars and the Audi’s concept headlights are more interesting. 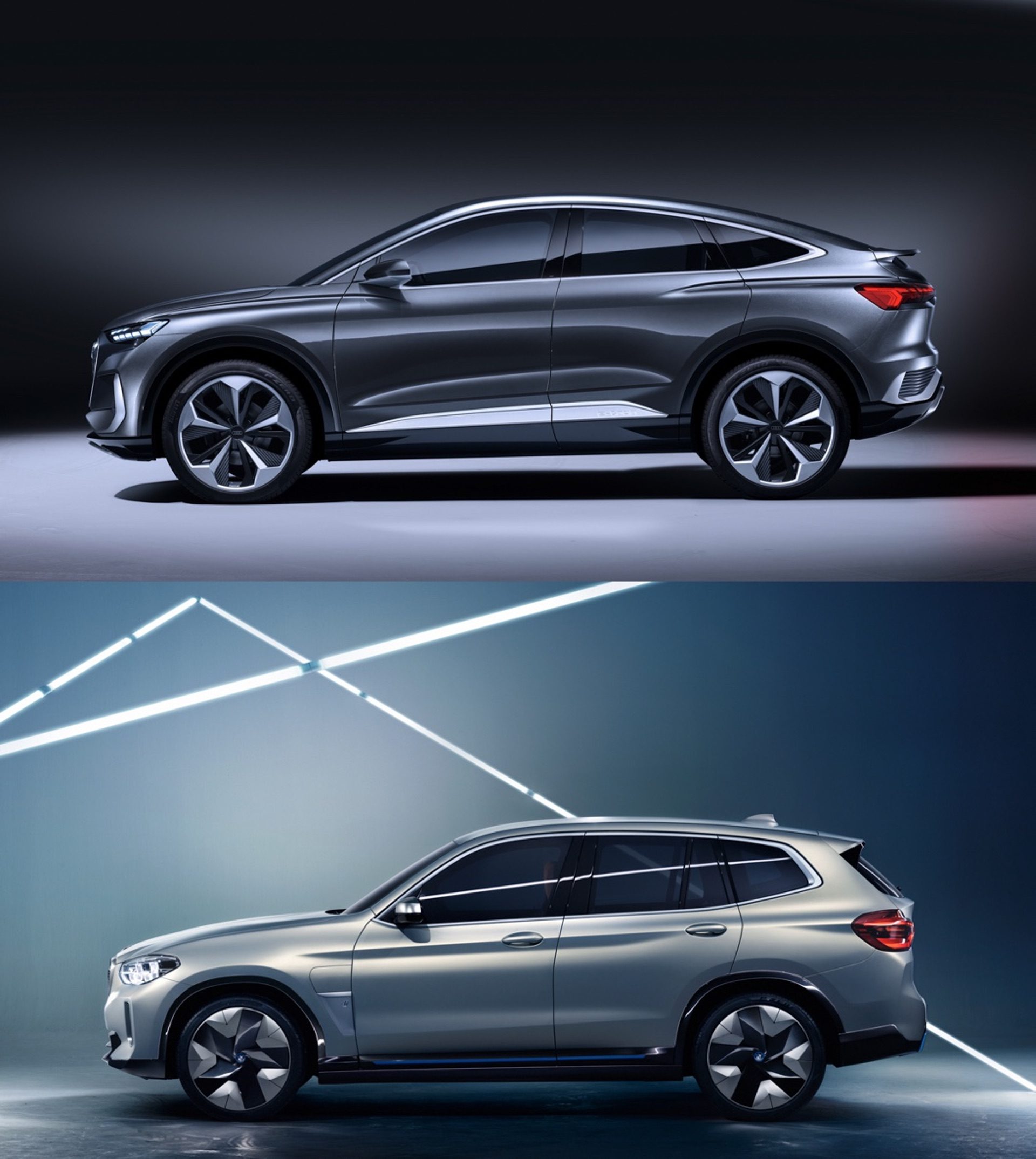 In profile, these two cars couldn’t be more different. The BMW iX3 is a traditional X3 with some snazzier wheels. That’s not to say it’s bad looking, because it isn’t by any means, but it’s just nothing that we haven’t already seen, which is a bit disappointing from a concept car. While the Audi Q4 e-tron is far chunkier, with more aggressively swollen wheel arches and bigger wheels. The Audi is certainly the bigger head-turner of the two. 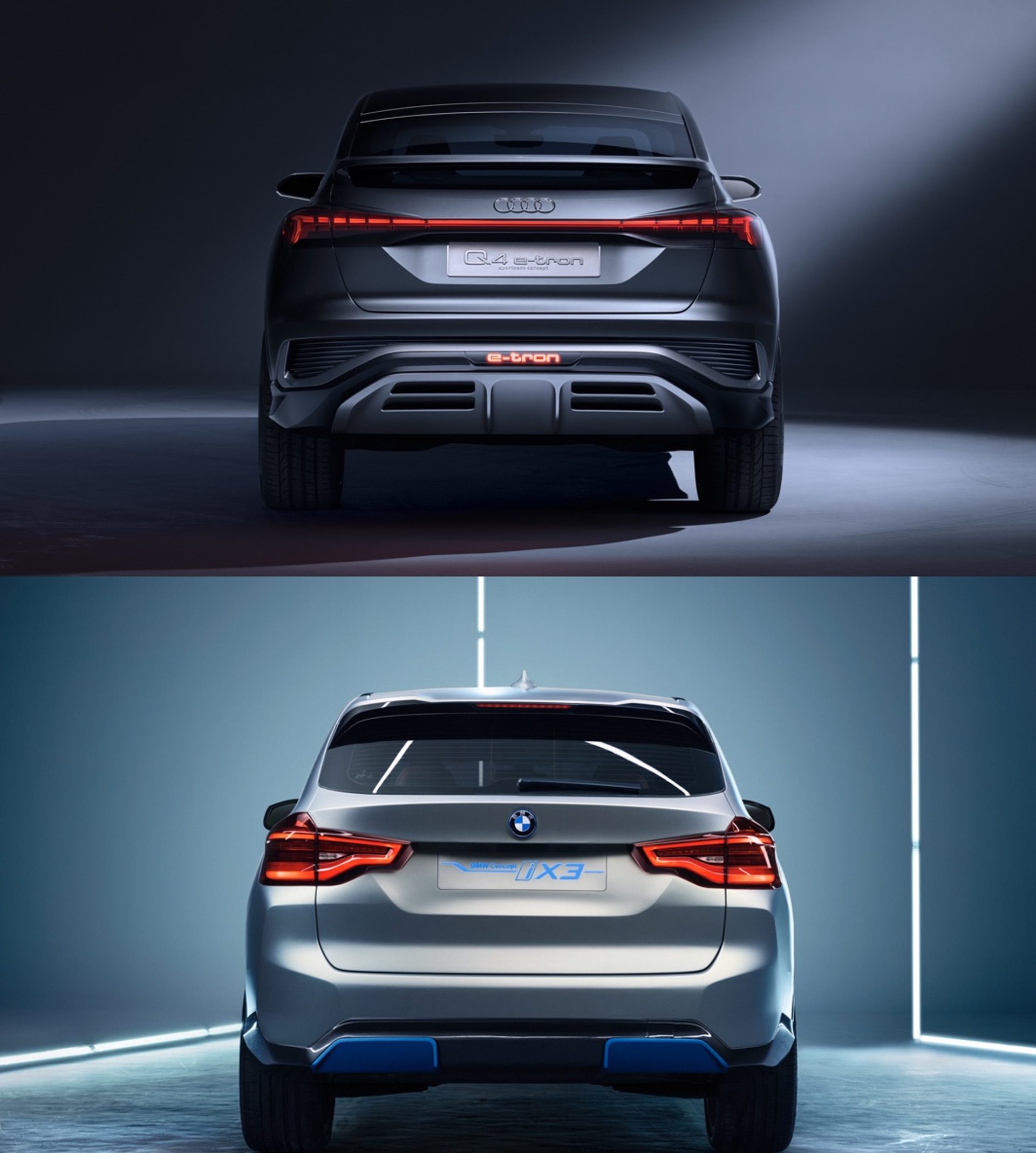 The same goes for out back, where the BMW iX3 looks nearly identical to a standard X3 that you can buy right now. The only change is that it lacks exhaust pipes, being an electric car. Otherwise, its taillights are identical, as is the overall shape. While the Audi Q4 e-tron gets a snazzy OLED light bar and a glowing “e-tron” emblem. The latter of which most likely gets ditched for production but it’s still cool now.

Overall, it’s the Audi Q4 e-tron that looks more interesting. Sure, the BMW iX3 is a handsome thing, as the standard X3 is handsome, but these are all-electric concept cars and they’re supposed to be exciting. In terms of excitement and wow-factor, it’s the Audi that wins.