General Motors has pledged to introduce no fewer than 30 fully electric vehicles over the next five years, covering a wide variety of segments. There will be trucks, SUVs, and cars, not to mention at least one performance model. We’ve already seen the GMC Hummer EV and the Cadillac Lyriq, but there’s so much more to come from GM. Today, Cadillac previewed the pinnacle of its EV push, the Celestiq avant-garde fastback sedan.

Teased during the digital-only CES 2021, the Celestiq is being described by GM as a “stunning vehicle with a dramatic presence, a low profile and rearward proportions.” We also know some of the goodies it will pack, including all-wheel drive and a four-wheel steering system. The teaser video also shows a massive four-quadrant glass roof manufactured from suspended-particle-device smart glass, providing selectable levels of transparency.

There’s more to the interior than the gargantuan glass as Cadillac also provided a glimpse of the ultra-wide screen dominating the dashboard, extending from one pillar to the other. Unlike other all-digital setups we’ve seen lately (Mercedes EQS, Honda E), it appears the Celestiq will have one giant screen rather than several displays arranged side by side.

Speaking of displays, the tech-laden EV will also have console screens between seats in the front and back, each incorporating separate comfort settings. By the looks of it, it appears the number of conventional buttons will be kept down to a minimum considering the generous use of screens throughout the cabin. 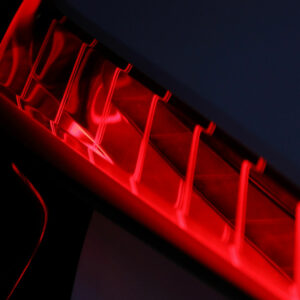 Hand-assembled in limited volumes, the hugely promising Cadillac Celestiq will ride on the same BEV3 architecture as the Lyriq SUV and could cost as much as $200,000. The two high-end electric models will share the newly developed Ultium batteries, which promise to offer enough juice for up to 450 miles (724 kilometers) of range between charges.

Beyond the two zero-emissions Cadillacs, GM is also working on the GMC Hummer EV pickup truck and its SUV sibling. Chevy will update the Bolt and introduce its crossover counterpart, along with an electric pickup. Buick will freshen up its Velite models for China with new EVs, and there should also be something for performance enthusiasts. Some say it could be a Corvette electric SUV, but that remains to be seen.