Mercedes is doubling down on its electrification efforts by developing its first platform exclusively catered to EVs. While the EQA, EQC, and the forthcoming EQB trace their origins in traditional cars powered by combustion engines, the EQS will be the first to be engineered from the ground up as an electric car. Sitting right below it in the growing EQ hierarchy will be this – EQE.

It should be similar in terms of size to the E-Class, although the new flat-floor Electric Vehicle Architecture (EVA) should result in a roomy interior comparable to cars from a segment above. A heavily disguised prototype of the EQE has been spotted enduring heavy snow on the streets of Germany ahead of a reveal scheduled to take place before the year’s end.

The EQE looks far more stylish than the conventionally styled E-Class, featuring a swoopy roofline similar to what the EQS will have. The test vehicle appeared to have the full production body, but it was missing the final taillights as those simple circular lights that stick out from the back are only a provisional set. For whatever reason, Mercedes made cutouts in the rear bumper to put fake exhaust tips to try and trick the untrained eye into believing the prototype had a combustion engine.

Look closer and you can spot the charging port on the front fender on the driver’s side, mirroring the layout found on the larger EQS. Speaking of which, it will be interesting to see whether the EQE will inherit the 56-inch Hyperscreen of its bigger brother, perhaps scaled down a bit to fit the car’s smaller footprint. 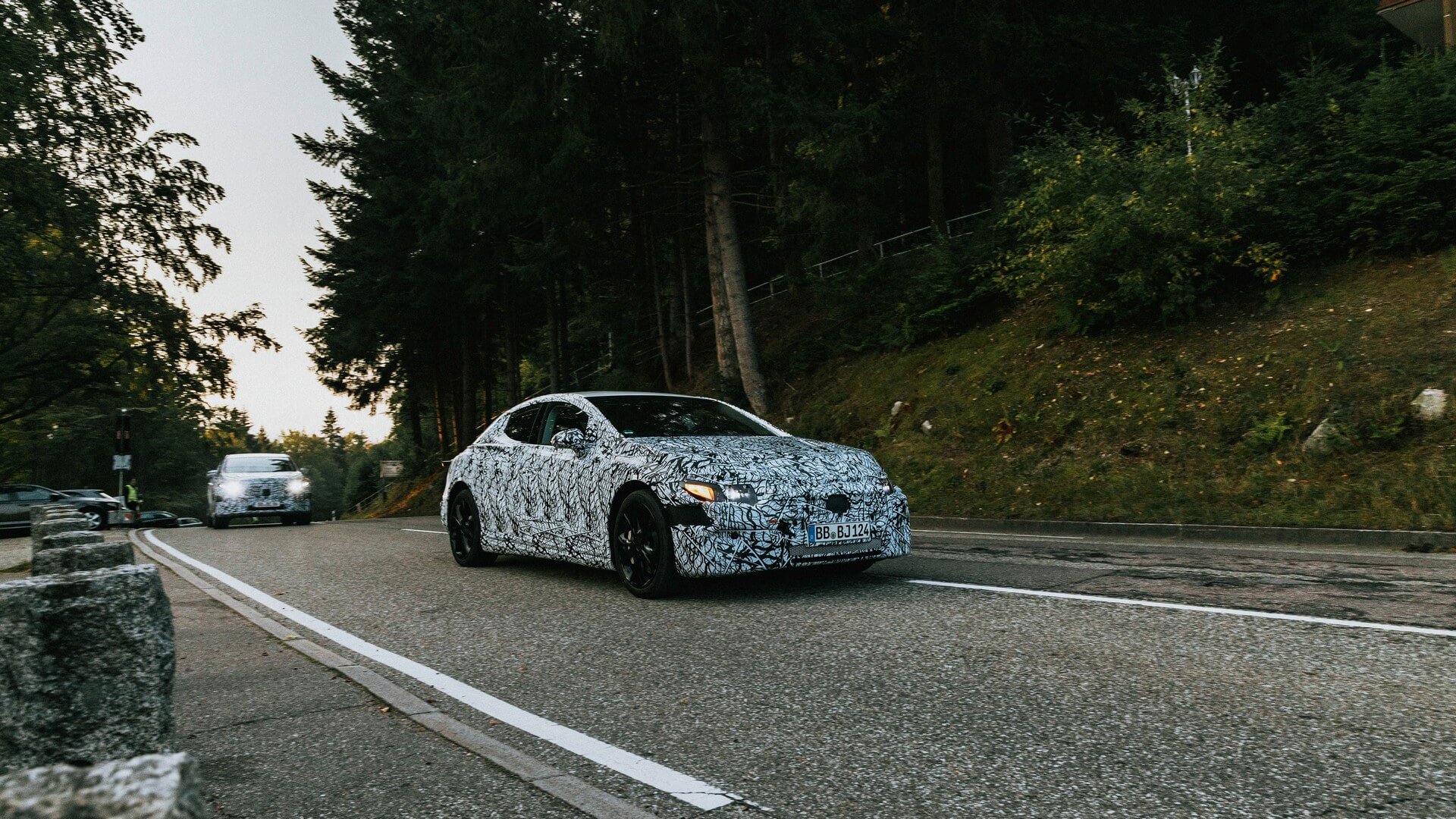 Mercedes has already announced the EQE will go into production at the Bremen factory in Germany in the second half of 2021, with the Beijing plant in China to follow shortly. Come 2022, an EQE SUV will be produced in Tuscaloosa in Alabama, United States where the three-pointed star will also assemble the bigger EQS SUV.

These four dedicated EVs are the stepping stone to a more sophisticated Mercedes-Benz Modular Architecture (MMA) coming in 2025 with the promise of a generous driving range between cycles of more than 750 miles (1,207 kilometers). The EV range-topper will be positioned above the EQS and is expected to be previewed in the years to come by the Vision EQXX concept.