The Mercedes EQS has only been on sale for several months and yet it’s already facing a recall in the United States for a rather weird issue. Together with its combustion-engined counterpart, the new S-Class, the fully electric luxury sedan has a software issue allowing those sitting in the front to use the TV function even when the vehicle is in motion.

The issue stems from an “incorrect configuration” the two flagship models from Mercedes have received, which poses quite a risk since it encourages distracted driving that could ultimately lead to accidents. This software glitch impacts the EQS450 and EQS580 as well as the gasoline-fueled S580 for a grand total of 227 vehicles.

On an EQS or S-Class with the proper configuration, the TV function is automatically disabled once the vehicle is no longer stationary. In addition, the web browser is also turned off as soon as the vehicle gets going. The problem only occurs if the affected vehicles have an active and connected Mercedes me account. 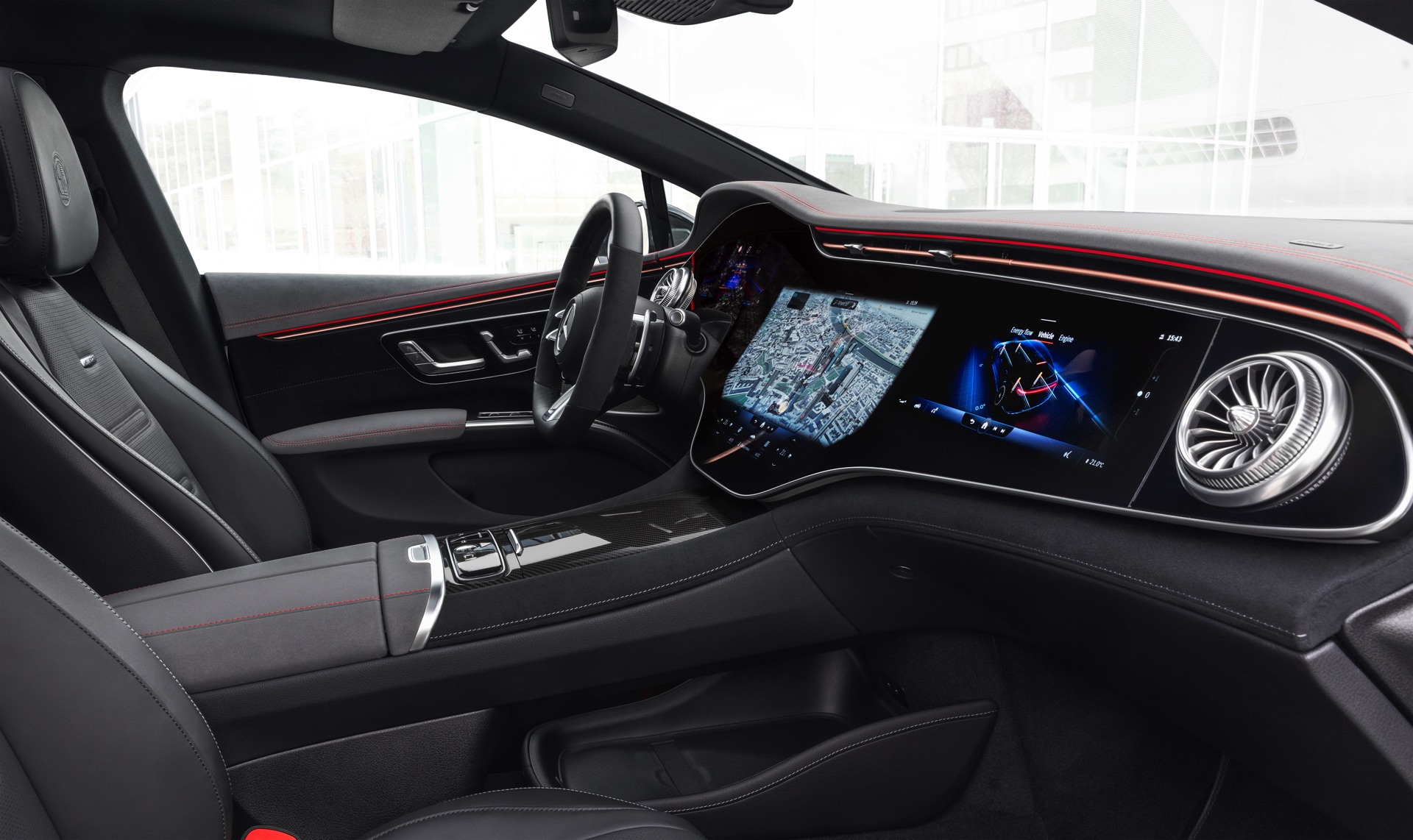 Here is how the NHTSA describes the problem: “Due to a deviation in the documentation process, as part of the regular Mercedes me connect communication between the vehicle and the vehicle backend server, the MBUX system on certain vehicles might allow activation of television and internet display while the vehicle is being driven.”

Perhaps that wouldn’t be such a big problem on a mainstream vehicle, but the Mercedes EQS is fitted with a massive 17.7-inch infotainment system as well as a 12.3-inch display mounted in the dashboard on the passenger side. Together with the fully digital 12.3-inch instrument cluster of the driver, the zero-emissions luxobarge features a so-called Hyperscreen measuring 56 inches wide and taking up 2.6 square feet of dashboard space with three displays housed in the same piece of glass.

The recall comes only after a few days after the NHTSA contacted Tesla to express its concern about a recent software update allowing front passengers to play video games on the vehicle’s large display. The infotainment system does send out a warning (“Playing while the car is in motion is only for passengers”) before starting a video game to ask for confirmation, but a simple touch of the screen opens the game.

That seems even more dangerous than playing videos, so it’s probably only a matter of time before Tesla will be forced to revert this change and block the video game functionality once the vehicle is in motion.