Rolls-Royce has already teased its first electric vehicle even though the Spectre won’t hit the streets until the end of 2023. Another preview is being released today to announce the EV will become the luxury brand’s most aerodynamic car ever. Early prototypes are featuring a drag coefficient as low as 0.26, but RR expects to improve the number furthermore in upcoming tests.

The BMW-owned marque is going to great lengths to make the Spectre as aerodynamic as possible by even tweaking the iconic Spirit of Ecstasy. The superb figurine adorning all Rolls-Royce models is being redesigned for the new EV to improve airflow as much as possible. While the current statuette stands 100.01 millimeters tall, the new one shown here will be reduced in height to only 82.73 mm.

Even the robes of the Spirit of Ecstasy will have a different shape to not only boost aero but also make them look more realistic. By far the biggest visual change is the stance as the hood ornament will no longer keep her feet together since one leg will be positioned forward. The idea behind this change is to give the impression of “a true goddess of speed, braced for the wind.” 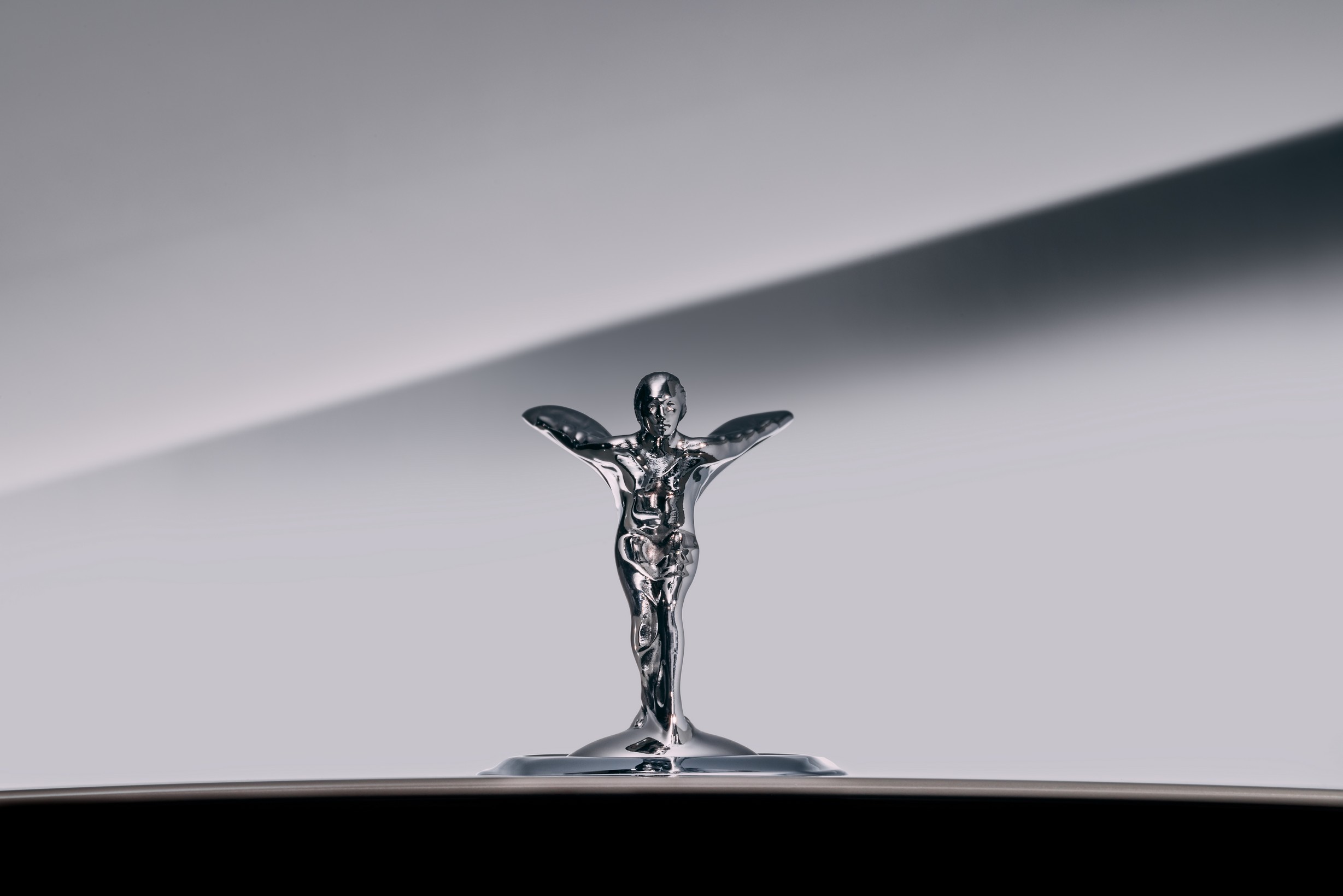 No two Spirit of Ecstasy statuettes will be identical since each will be finished by hand. For the new Spectre electric coupe, her body will be tucked low and her eyes are going to be focused “eagerly ahead.” During the process of redesigning the opulent badge, Rolls-Royce consulted stylists to perfect not only the clothes and posture but also her hair and expression.

Riding on Rolls-Royce’s own Architecture of Luxury platform, the 2024 Spectre is said to get the dual electric motors from the iX M60. As a refresher, BMW’s flagship electric SUV boasts 619 horsepower and up to 1,100 Newton-meters (811 pound-feet) of torque. The iX M60 is equipped with a larger 111.5-kWh battery pack that might be shared with the Spectre, but that remains to be seen.

Since Rolls-Royce’s inaugural EV won’t be launched until the end of next year, prepare for a lot more teasers in the coming months.