After introducing the Q4 E-Tron concept a couple of years ago at the Geneva Motor Show, Audi is almost ready to unveil its production sibling. Before that happens, the tech-laden interior of the fully electric SUV is being presented to ease the wait until the big debut. The focal points of the interior are represented by the standard 10.25-inch digital driver’s display and the touchscreen available in a standard 10.1-inch diagonal or an optional larger 11.6-inch setup. A head-up display with augmented reality tech will also be available at an extra cost.

But there’s more to the Audi Q4 E-Tron’s cabin than its screen-heavy setup as the steering wheel is also of particular importance. It does away with conventional buttons by using touch-sensitive controls installed on a black panel and with slight protrusions to separate the crop of illuminated buttons from one another. When pressed, the controls provide soft haptic feedback and the driver can also use touch and swipe gestures to navigate through the various functions. 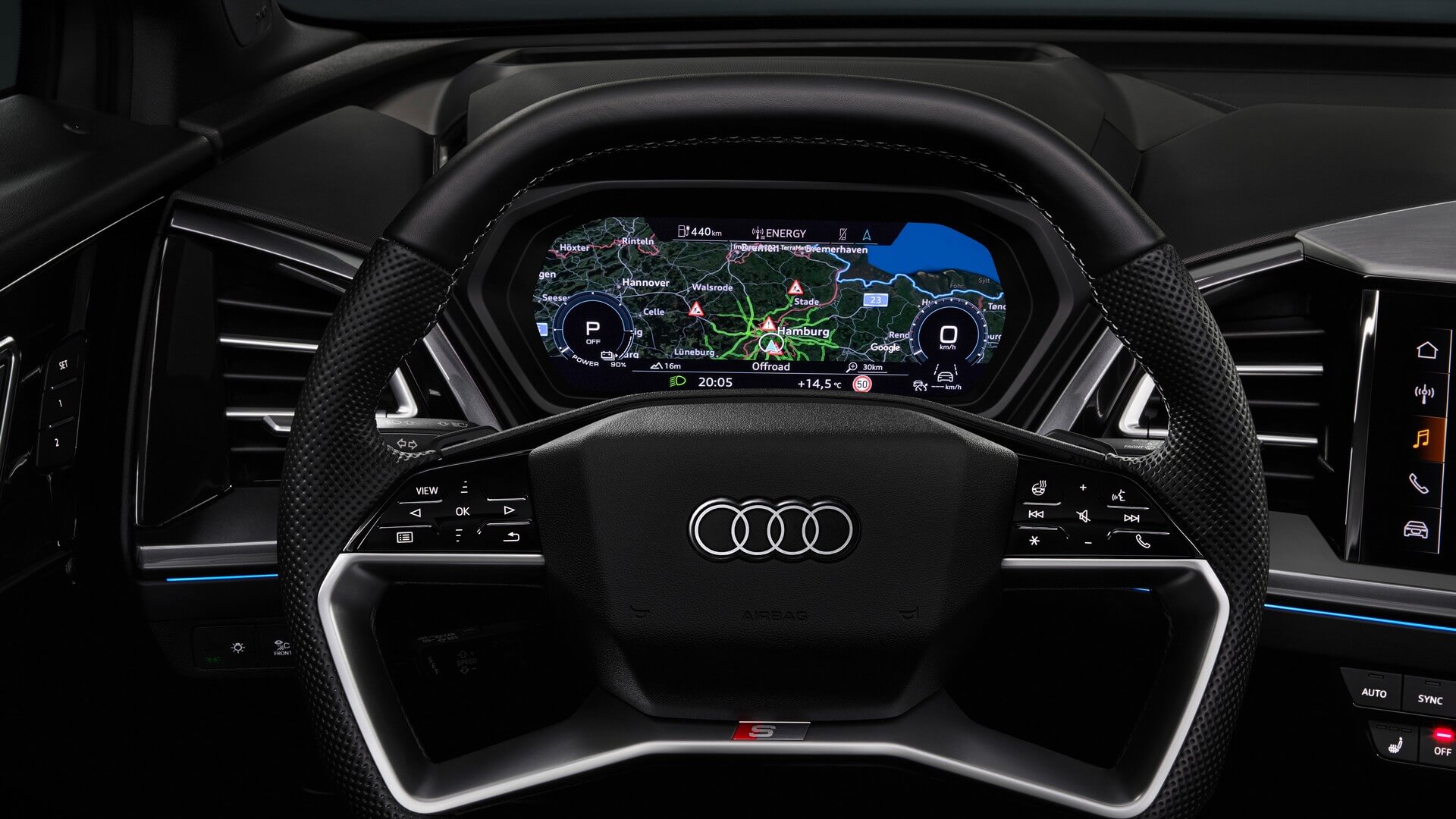 Another highlight of the interior is the generous array of storage compartments offering a total of 24.8 liters (0.9 cubic feet) of volume, plus the 520 liters (18.4 cu ft) behind the rear seats. Fold the bench, which as a 40:20:40 split, and the volume grows to 1,490 liters (52.6 cu ft). For added practicality, Audi is installing an adjustable cargo floor that can be inserted at two height levels. All four door cards can accommodate one-liter bottles, which is fairly rare on a vehicle of this size. 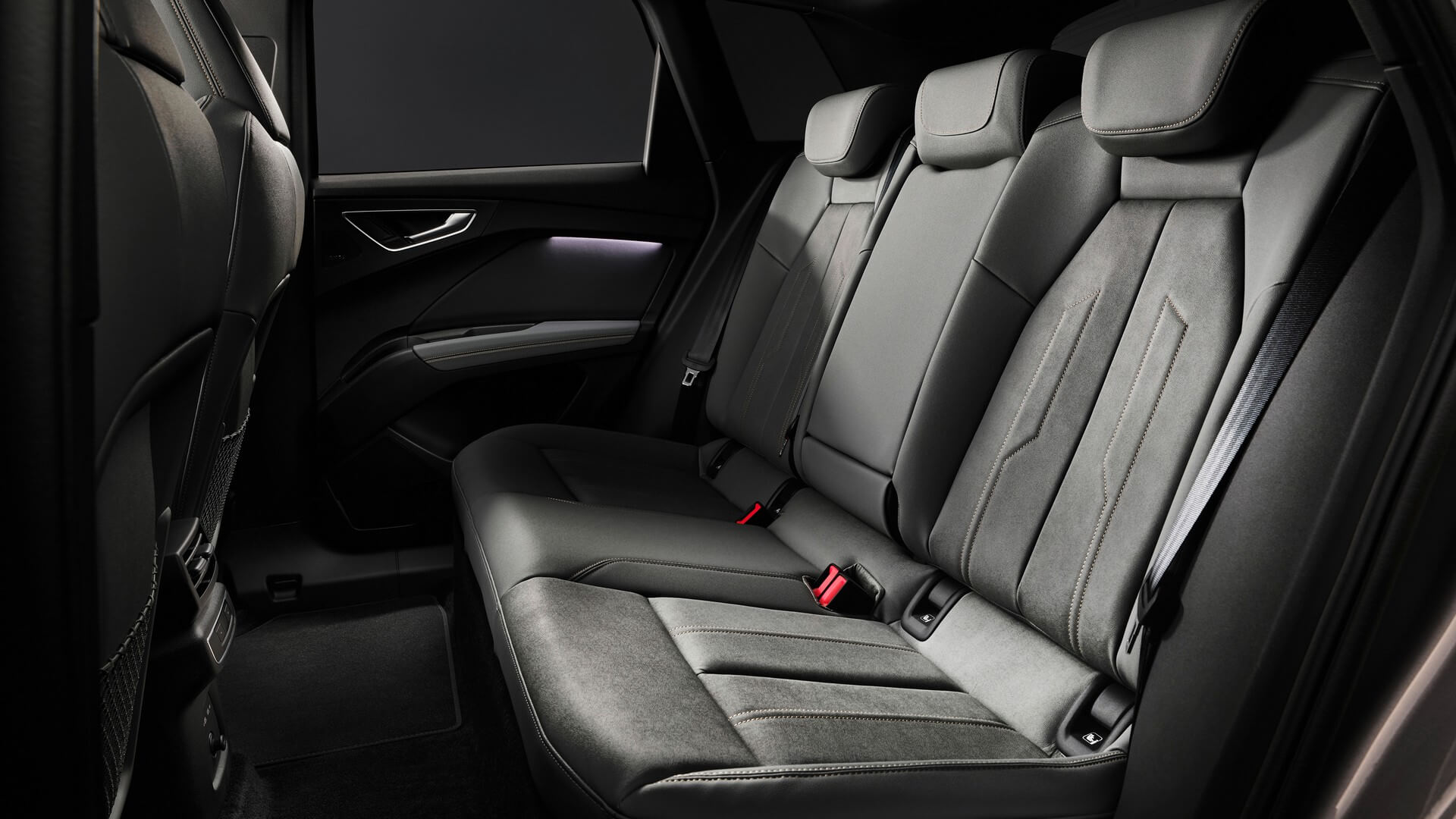 Riding on the Volkswagen Group’s MEB platform dedicated to electric vehicles, the Audi Q4 E-Tron will be a fancier version of the VW ID.4 and will spawn a sportier-looking Q4 E-Tron Sportback with a coupe-like roofline. Images showing the exterior have also been published today, but the electric SUV is still fully camouflaged with the typical E-Tron wrap, albeit it doesn’t actually hide much.

The exterior styling largely stays true to the Geneva showcar from 2019, which isn’t all that surprising considering the concept already looked almost ready to hit the assembly line. There are some minor changes, such as the bigger side mirrors and subtle tweaks to the closed-off grille, but the production version looks essentially the same.

Audi will unveil the Q4 E-Tron in full next month, with the swoopy Sportback likely not far behind.