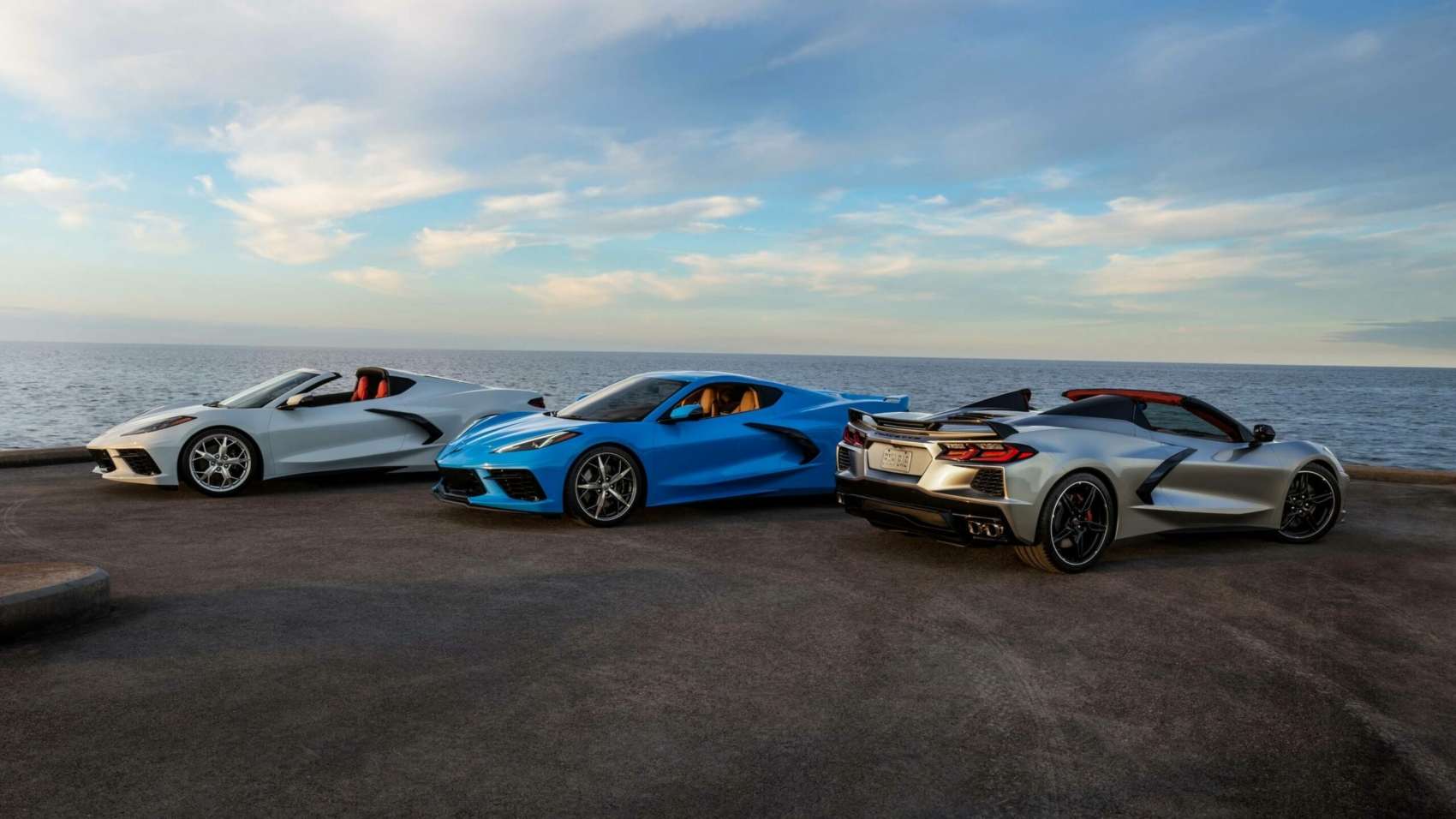 Rumors of a hybrid Chevrolet Corvette have been swirling around the Internet for years and the latest intel suggests it will finally be out for the 2023 model year. Reportedly carrying the E-Ray moniker, the electrified C8 has been spotted in Germany while it was heading to the Nürburgring together with the hot Z06 version debuting later this month.

The easiest way to figure out which is which is by looking at the placement of the quad exhaust tips as the E-Ray has them in the corners of the rear bumper whereas the Z06 has a center-mounted setup. Another method to identify the electrified model is by its license plate as the camouflaged prototype carrying the registration number ending in “992” is the E-Ray.

It is believed the first-ever hybrid Corvette will replace the traditional Grand Sport trim for the 2023 model year. According to various reports, it’s going to carry a starting price of less than $100,000, and for your money’s worth, the 6.2-liter V8 will work together with a pair of electric motors. The combustion engine is expected to drive the rear wheels while the e-motors will power the front axle, thus resulting in an AWD layout.

The total output could exceed a healthy 600 horsepower (447 kilowatts) provided by the naturally aspirated LT2 with just under 500 hp and the rest generated by the e-motors. It is believed the Corvette E-Ray will even have a pure electric mode, in which case the top speed is going to be electronically capped at 35 mph (56 km/h).

The hybrid system is said to enable the E-Ray to reach 60 mph from a standstill in less than three seconds, which would be quite remarkable for a sports car that doesn’t cost six figures. Chevy’s engineers are allegedly developing the electrified Corvette with regenerative braking while retaining the eight-speed, dual-clutch automatic gearbox of the regular model.

If the E-Ray is indeed coming for the 2023 model year, it means the company with the bowtie emblem will reveal the hybrid ‘Vette at some point in 2022. Expect at least a six-month gap between the Z06 and the E-Ray, so don’t expect the latter to debut sooner than mid-2022.