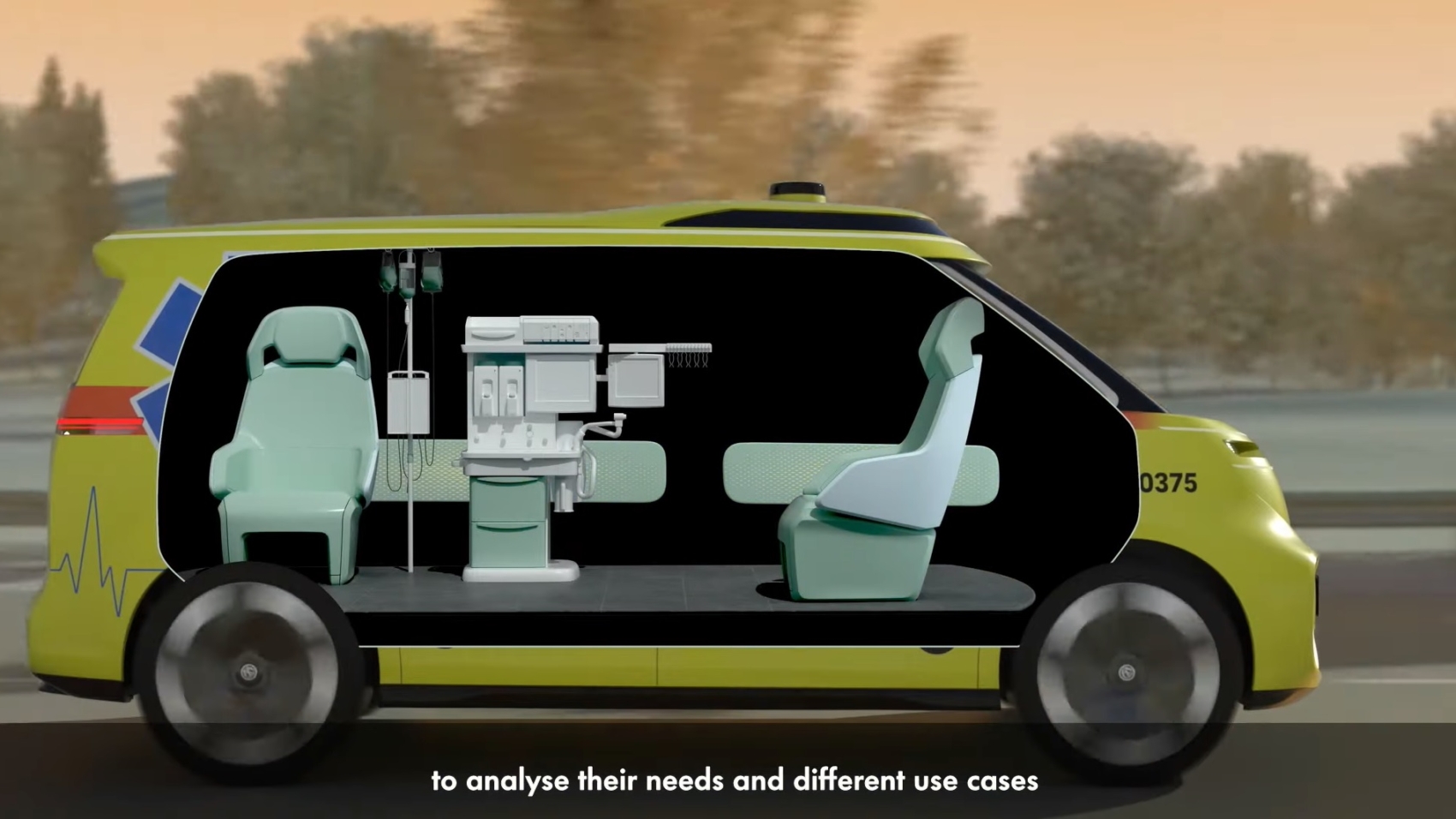 The Volkswagen Group has greatly expanded its electric offerings in the last couple of years, but one of the most interesting products has yet to be revealed. We’re obviously talking about the ID Buzz, a zero-emissions, modern-day take on the iconic Microbus originally previewed back in 2017 by a sleek concept. The production model won’t debut until next year, initially in Europe before heading to the US in 2023.

In the meantime, VW Commercial Vehicles is giving us a taste of things to come regarding a future autonomous variant earmarked for a 2025 release. On the occasion of the ITS World Congress, the German marque is showcasing the versatility of its electric minivan with driverless tech developed by Argo.AI. A pilot project in Hamburg is already underway for autonomous ride-pooling services, and this video shows how the ID Buzz without a steering wheel could prove to be useful in other scenarios.

From a taxi to a small van transporting goods to local shops, the hotly anticipated EV can prove to be the right solution for a variety of applications thanks to its flexible interior. The configuration that caught our attention is of a small ambulance with a certain degree of equipment, and once again, without a driver behind the wheel. In fact, the emergency vehicle is being shown without a steering wheel whatsoever.

The autonomous ID Buzz is set to hit the roads as a self-driving shuttle from 2025, initially in Hamburg, Germany before being introduced in other major cities across Europe as well as the United States. Before that happens, the regular electric van will be debuting next year with two wheelbase configurations for the passenger model along with a cargo derivative acting as a commercial van.

Production will take place in Hanover from next year when VW is expected to unveil another ID model, the Aero sedan set to eventually replace the traditional Passat midsize model. The electric portfolio will grow furthermore in 2025 with an entry-level EV, potentially called ID.1 or ID.2, while at the other end of the spectrum, there will be a large ID.8 SUV. Of course, we mustn’t forget about the Trinity sedan due in 2026 to serve as VW’s electric flagship.