2022 Mercedes EQS debuts in April ahead of August market launch

Mercedes has made it abundantly clear the EQS will represent the absolute EV flagship for the three-pointed star, so there’s a lot riding on the zero-emissions luxobarge. The reveal is taking place sometime next month, and now the German premium brand is announcing the fullsize electric sedan will hit the market in August.

Logic tells us Europe will get the EQS first, with North American and other regions to follow towards the end of 2021 and early 2022. The announcement regarding its market launch is made by Mercedes in a press release detailing how easy it will be to charge its battery pack. Using the newly added Mercedes me Charge function Plug & Charge, charging the EQS automatically starts once the cable is plugged in, without having to go through any authentication process.

The owner will be informed about whether a charging station is compatible with Plug & Charge directly onto the Hyperscreen’s navigation map as well as in the Mercedes me app. Drivers will have the possibility to search for charging stations that support the newly added feature available for the EQS. However, it’s important to point out this simple authentication method will launch initially in Europe for the IONITY network, plus certain stations in the United States.

Another way to go would be to use one of the more than 200,000 public charging stations part of the Mercedes me Charge network in Europe. They’re not just just for the EQS, but also for other fully electric EQ models (such as the EQA crossover) as well as the company’s plug-in hybrids. Charging at these stations means you’ll be using green electricity generated from renewable resources. The network will be expanded before the end of the year to include charging stations in the US and Canada. 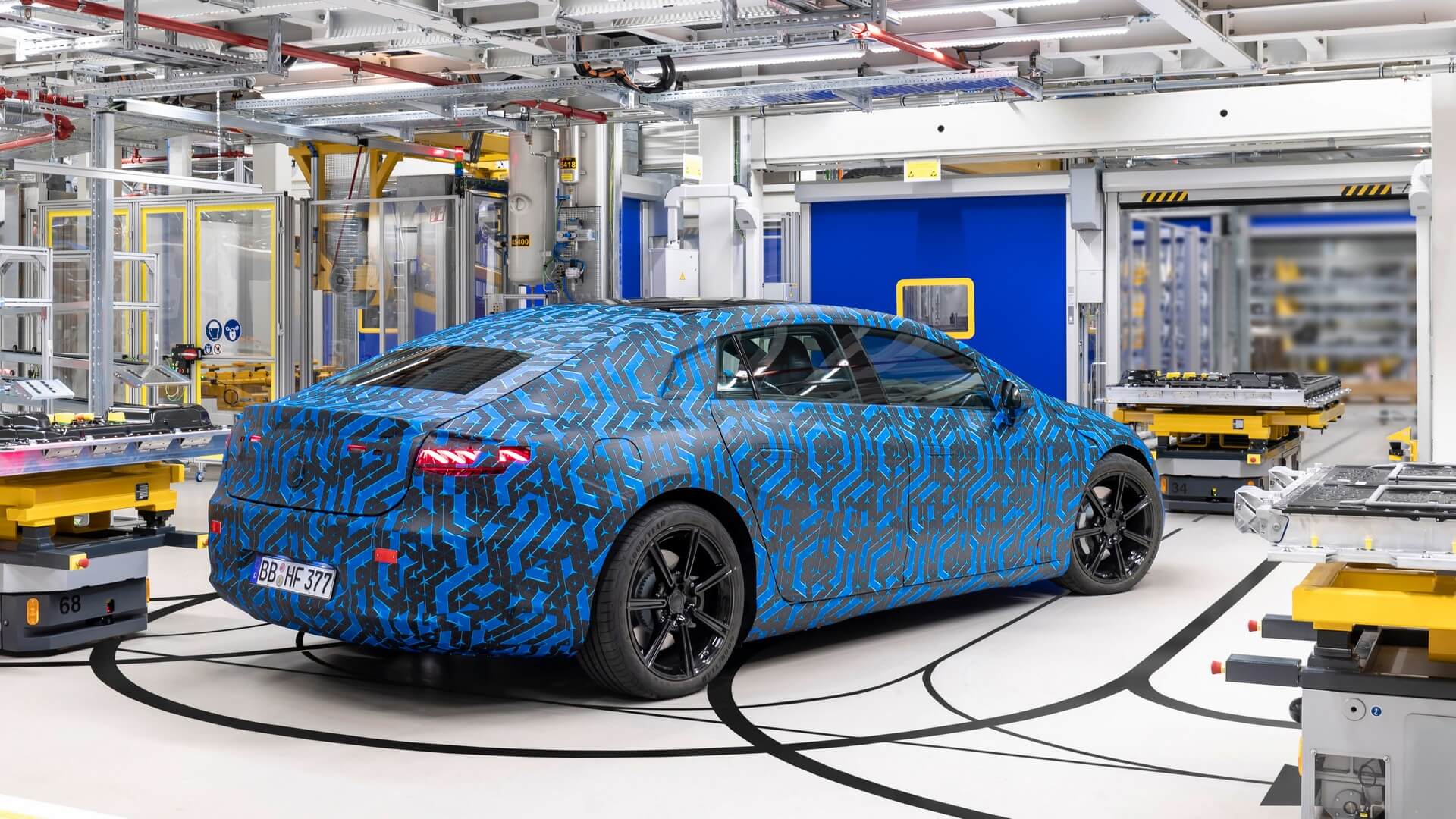 If you’ll be buying the Mercedes EQS in Japan, the high-end electric sedan will offer support for bidirectional charging. It will comply with the CHAdeMO (“Charge de Move”) charging standard, effectively turning the EQS into a power bank to provide energy when the neighborhood goes dark by powering the household.

Described as a “progressive saloon in the S-Class segment,” the 2022 EQS has already been confirmed to offer more than 435 miles (700 kilometers) of range in the WLTP cycle. That should translate into a lower range for the number EPA will provide for the US-spec model, but still good enough to largely cure range anxiety.

The EQS will be followed in September by the unveiling of a smaller EQE purely electric sedan to rival the Tesla Model S. Both will ride on the EVA platform dedicated to electric cars, with EQE SUV and EQS SUV planned for a 2022 launch.